STATUS: Or to meet a deadline. 12 hrs ago 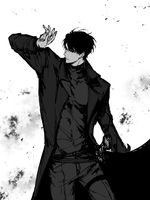 12 hrs ago
Current Or to meet a deadline.
2 likes
13 hrs ago
Shame I can't read Greek.
13 hrs ago
Alright then dumbasses. I'm going to go back to waiting on these VMs so I can take the lab I'm supposed to do.
13 hrs ago
What should I do if I hate everyone equally, and also why does Brave save my status posts like it's some kind of login field?
1 like
15 hrs ago
Ah, now that is understandable. 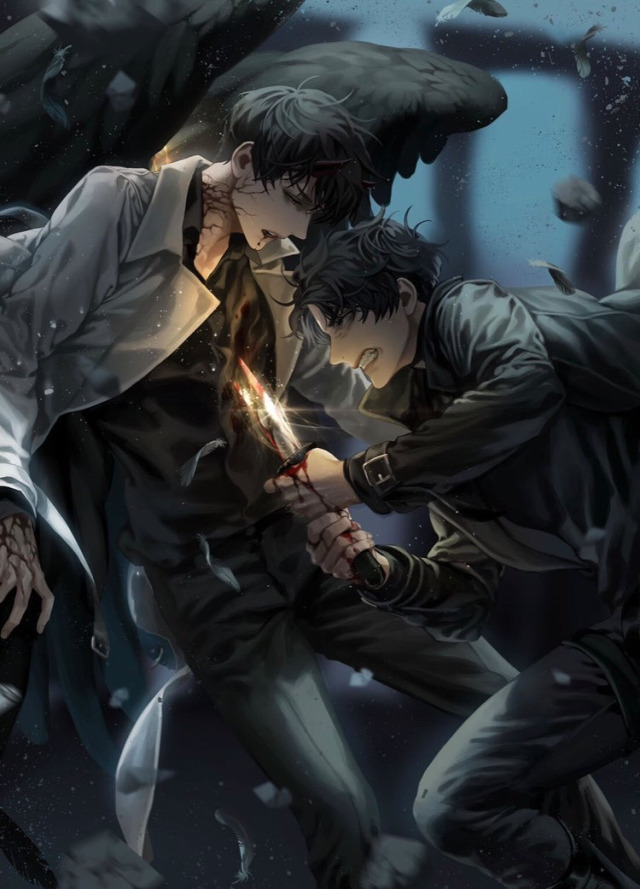 What happened to your hollow btw?

Honestly, I forgot and then remembered but wasn't really sure on where to take him.
In Myriad Reality → 11 hrs ago Forum: Free Roleplay

When not having their words twisted by a racist man with a million phobias and lack of scientific knowledge, yes.
In Myriad Reality → 11 hrs ago Forum: Free Roleplay

I think it seems interesting. I guess the one question I'd have is how you're going to interact with others using this character.

Unsure, but eldritch doesn't necessarily mean evil. It could easily start working with other entities as a disposal service of sorts, its payment the realities it eats. Plus it still has its traitorous spawn.
In Myriad Reality → 18 hrs ago Forum: Free Roleplay
Also, here's some notes on humanity from the universe the Elder God starts out in.

Humanity
No matter what banes exist in this universe, your success or failure will hinge upon how the humans who dwell here have developed, and how you deal with them. This section details humanity’s tendencies and advancement, as follows: start with a rating of 20, choose one option from each section, spending the rating as noted, the final rating must be zero or lower, with larger negative numbers indicating a more powerful human empire. Some sections have overlap, a genocidal disposition with a disarmed fleet, for example, would likely mean that ship captains and navy officers would find non-traditional ways to make their ships lethal to others.

-Disposition
Just (-2): This is an empire of laws, and those laws must be enforced. Standing armies exist, though they are not extensive, and law enforcement has lethal weaponry, as do average citizens. An armed society is a polite society.

-Weapons
Field Manipulation (-10): The pinnacle of technology, humans can directly manipulate gravity and spacetime fields. This allows them to create wormholes to travel and weaponize black holes. Be cautious, a strong enough black hole might entrap your essence.

-Fleets
Enforcement (-2): Equivalent to the Coast Guard or a naval police, the government presence in space only exists to make sure that spacelane laws are followed, and to protect merchants from marauders and criminals.

-Capability
Innovative (-5): Not only are the humans of this universe more intelligent than the humans of your world, they are - unfortunately - more creative as well. Inventions and strategies will come out of humanity at an alarming rate, which makes them highly adaptable and dangerous.

-Population Density
Capital (-10): Every human world is a capital world. Trillions upon trillions of humans are available for drafting, research, industry, agriculture, and anything that can hinder you really. Humanity can simply throw bodies at the problem in an attempt to make it go away.
In Myriad Reality → 19 hrs ago Forum: Free Roleplay
Banes
You aren’t the only manifestation of the void to have come into this universe. Each of these banes represents a threat to your supremacy. Take three lesser banes or one greater bane by default. Each additional lesser bane you take grants you two extras, a lesser ability of any kind, or two extra summoners. Upgrading a lesser bane to a greater bane allows you to upgrade a lesser ability to a greater ability.

Void-Touched Element (Greater): The void has touched an element that is easily accessible to the humans, one that occurs in significant quantities, and possibly one the humans already use in their weapons. It is also more dangerous to you, with mere skin contact burning you like acid, and it carries a significant risk that you could be destroyed if you are not cautious.

Half-Breed Betrayer (Greater*): The child is not just the offspring of any Elder God, it is yours. It knows your strengths and weaknesses, it is significantly more powerful than a lesser half-breed, and it has a personal vendetta against you. It will teach the humans all it knows, and it will lead them against you again and again until it perishes or you do.

I've decided the void touched element should be titanium, since I figure that'd be used quite a bit in futuristic construction.
In Myriad Reality → 19 hrs ago Forum: Free Roleplay
Now that's its powers, size, and such. It does have two drawbacks I'll list in a bit
In Myriad Reality → 19 hrs ago Forum: Free Roleplay
Size
This is the mass of your base form, before modifications through abilities, used to determine your features and the type of abilities you trend towards. A small Elder God is not necessarily any weaker than a titanic one, only different.

Whole: It was not a mere tear in the fabric between universes that brought you here from the void, but a great gash, yawning wide to accommodate your behemoth bulk, as many as 100 tons worth. You gain 1 Greater Paranormal Ability, 1 Greater Ability of any type, and 5 Lesser Abilities of any type. You may take a third bodyplan if you choose ‘Metamorphosis and Mutation’. You must take an additional Greater Bane, without receiving its compensation.

Bodyplan
Among ancient terrors an amoebic body was all the rage, but in more recent aeons the horrors have innovated. Choose a bodyplan below, and describe, at least to yourself, what specific form you take within that bodyplan, assuming your form can be described…

Twists and Tentacles: A classic depiction of the forms of Elder Gods when described by humans, your body is partially or entirely composed of writhing tentacles, possibly without a solid core. The composition of your tentacles can vary, so long as it does not stray too strongly into another bodyplan (unless you choose metamorphosis and mutation).

Extras
Every God’s minor abilities vary, more like expressions of personality than true powers. What is the ability to freeze with a touch when you can instead erase? Choose any five of the following minor boons.

Beams (x2): At a basic level, the power of the void flows through you. From your eyes, limbs, or from the core of your being, you may emit destructive beams of energy comparable in power to high-caliber rifles. Taking this extra again can increase the power to a tank’s main gun, and grant you beams with non-destructive powers, such as size changing, stunning, or even television/radio transmission.

Perception (x2): Your form may or may not have eyes, but you can still sense the world around you. At a base level, you can sense everything a human can sense, perhaps a bit more than that. A second purchase of this extra grants you a slew of additional senses, such as the ability to receive radio signals, perception of higher or lower light frequencies such as ultraviolet or infrared, and hearing much higher or lower tones than humans.

Physical Abilities
All Elder beings have physical superiority to lower races. You require no sustenance to maintain your form, only to grow it, and you can survive in the void between stars without difficulty. You are stronger than any human, so long as you are in your true form, and conventional weapons are mere annoyances at worst. It would take nuclear weaponry or a bombardment of energy weapons to seriously damage your corporeal form.

Consuming Mass (Greater): The ceaseless devourer. Your growth is without limit, enabling you to eternally expand, becoming planet-sized or even larger, with psychic power to match your immense form. The more you consume, and the larger you become, the less satisfying each human consumed will be, compelling you to devour ever more life in order to continue your growth.

Biomechanical Adaptation (Lesser): The machines of mankind are feeble against the might of an Elder God, yet you can see potential in their creations. You are capable of altering your form with the materials and technology you take from the humans. Anything human technology can do, you can assimilate into yourself and do on a grander scale.

Eldritch Form (Lesser): Most Elder Gods possess at least a lesser eldritch form. Such a form allows you to conceal your true form in a humanoid body, though most physical abilities will require you to reveal your true self. Your strength and resilience become legendary, and you possess the power to level buildings in your true form.

Psychic Abilities
The mind of an Elder God is utterly alien to the mind of a human, labyrinthine and powerful beyond his reckoning. Many Elder Gods have at least one psychic ability, able to exert their will upon the world or the men that dwell within it without lifting a finger.

Whisper The Secrets (Greater): You can read the thoughts of hundreds at once, even thousands as your abilities develop, and can project your own thoughts into the same number. The strongest will bends before you like a reed before the storm, and your whispers can reach across interstellar distances, allowing you to influence planets long before you ever reach them.

Deceive The Eyes (Lesser): The most subtle pressure of the mind can cause the vision of men to bear false witness. With this power you can cause mortals within a few miles of you to see, or not see, whatever you wish. Walk among them in your true form without arousing suspicion, or cause a human who might threaten you to see your form when he looks at his closest friend.

Paranormal Abilities
As an Elder God, you possess abilities beyond both the physical and the mental. Abilities that humans can never equal, no matter how their technology advances. Some Elder Gods believe that these abilities are superior to any other, though powerful Elder Gods with none of these abilities exist.

That Which Can Eternal Lie (Greater): Eternity is your home, and no mortal shall remove you from it. Even the most well-versed occultist, armed with the most arcane weapons, leading the most powerful force in the most eldritch rituals, cannot destroy your essence. Only another Elder God can end you, by the consumption of your essence.

Word Become Flesh (Lesser): From any source of organic material you can create spawn to serve out your purposes. The crops or cattle of a farm, a human sacrifice, or even your own mass, if you have excess, can be utilized to create servants, which can be made for any purpose. You can create any sort of creature you desire, between the sizes of a mouse and a draft horse.
In Myriad Reality → 19 hrs ago Forum: Free Roleplay

Link isn’t working for me for some reason. Quick summary?