STATUS: I feel as miserable as I do empty. 7 days ago 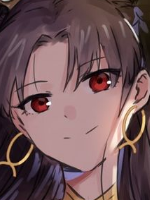 7 days ago
Current I feel as miserable as I do empty.
2 mos ago
The people you hate the greatest tend to have the flaws you see in yourself that you resent the most.
4 likes
2 mos ago
Think I'm going to start surrounding myself with positive people and stop giving negative people the impression they deserve my time, energy, or creativity.
9 likes
1 yr ago
Sometimes I lie awake dreaming of being as consistent in this hobby as I was ten years ago.
7 likes
1 yr ago
If people aren't interested in your idea, maybe there's more at play then just unluckiness. Maybe you need to present your idea better to the audience of that idea.
6 likes

If you’ve been around you know the bullet points. I’ve been in the roleplaying medium too long and for a long time not nearly consistent enough. You either like me or don’t. I don’t care anymore, I’m gonna be me. If you want to RP my interests are anime vibes that doesn’t suck, dark fantasy, space westerns, actual westerns, modern fantasy, slice of life, survival horror, superheroes, and basically everything. I’m asexual but I’m open to romantic plot beats if they’re good.

Send me a PM if you’re into semi-decent writing in any these categories.

I have a personal discord and if I know who you are, I'll give you a look.

And then the crowd dispersed.

Or, well, most of them did. A lone student had approached Sepia, cheerful and completely oblivious to the conversation that had just taken place. As her chipper voice broke through Sepia’s concentration on the grand hall broke and she looked over to the younger faunus.

“You bet! Don't let all of the bright lights of Mistral blind ya! This is the real deal.”

As the Mistral-born huntress-to-be turned her head back toward the grand hall her smile remained on her face. It was a sight to see, wasn’t it? Sepia had looked down upon it from the upper plateaus her whole life and at its sister academy she had stared through her window every day longing to be in the “big leagues”. She was finally here and now that everyone had stopped swarming her like a queen bee she could finally feel her nerves. What kind of initiation trial did they exactly do? It wasn’t something that was talked about and Sepia had never met someone who had failed and wanted to reapply, so she didn’t exactly have a cross-reference. It was hard to plan around that, though Sepia quickly reminded herself that she wasn’t much of a planner. It had been one of the central criticisms her instructors back at Sanctum had mumbled about.

Plans were for thinkers. Sepia was more of a do-er.

She chuckled, “Last chance to run away if you're nervous.”
In Enter: Into an Isekai World → 14 days ago Forum: Casual Roleplay
Yeah, its on the to-do list today.
In Video Games: The General Discussion & Community Thread Number Two → 19 days ago Forum: Off-Topic Discussion

Kind of feel like playing Skyrim again sometime, though all the save files I had are long lost. Maybe I could actually "roleplay", like play 100% a stealthy Thieves Guild archer, a College mage, Imperial soldier, etc. Does anyone do or has done something like that before? My characters always end up being everything at once opposed to sticking to a certain build or getting in the spirit of the setting.

Never had any issue RPing in the Elder Scrolls universe, myself. Some quality of life mods out there, but generally you just need your story in your head and stick to your personality.
In Grimm Noir → 23 days ago Forum: Casual Roleplay

Sepia Al Mond hadn’t had so much attention on her in months, not since the regional tournament at Sanctum Academy.

She had done well enough in that tournament, but she hadn’t been a crown victor or anything. A girl from Kuchinashi’s combat school had bested her in the second round. People had told her it had been an embarrassing defeat but she had just laughed it off. By the four maidens, she laughed it off now. The brown-haired heiress, or she supposed soon to be ex-heiress, felt some degree of uncomfortable. It was always one or two ways people looked at her—walking on eggshells around her or being in resplendent awe that they could breathe the same air as her. Well, actually, there was a third. It became clear when the people who had flocked around her, some of them upperclassmen, mentioned how a faunus was giving her the stare of death. She didn’t hear it much, though; the only thing she could hear was noise.

Should she have worn a cloak? or maybe a mask. Not having people recognize her would have been a net benefit, but taking punches of all kinds was kind of the job she had signed up for. While she was stressed by the crowd, she knew she had to keep that under wraps. She wasn’t going to make it look like she was weak. The goal was to use Haven Academy as a stepping stone for her career as a huntress and to not ever feel like that again, so a bunch of people hating her or fake-liking her wasn't going to throw her off her feet!

Whatever they had said wasn’t. The big deal was everyone getting a chance to become real deal apprentice huntsman and huntresses. After all, this was the academy that built up living legends like Fern Vermillion. Someday Sepia would be able to be as confident and strong like her idol. Someday soon.

As her eyes averted from the crowd and on the grand hall she could feel an excitement build in her stomach. In a few minutes, the door to being a Grimm exterminator and protector of justice would be open and her calling in life would be all in her grasp! She could barely hold her excitement inside as a wide, soft smile formed on her face as she looked onward as her right hand tightened on the handle of her suitcase. She was going to pass whatever initiation they threw at her. There was no way she wouldn't!

To be a huntress of Mistral... there was no other option.
In Grimm Noir → 24 days ago Forum: Casual Roleplay
Opening post is up. Decided to keep it brief as a parallel to Episode 2 of RWBY's first volume.

Keep in mind to collaborate encounters if you wish to have a Ruby/Weiss-esque moment. Otherwise, proceed in posting how you would normally post.
In Grimm Noir → 24 days ago Forum: Casual Roleplay

Today was an important day.

Not just in the City of Mistral, but for all of the kingdoms. Flocks of would-be students who had passed entrance exam qualifications would be coming into the city for an assembly and initiation assessment. Some would come by rail, others from air. For a select few Mistral was their home and their feet would take them to the westernmost plateau where Haven Academy stood quietly waiting for this year’s flood of recruits. Young men and women who desired to be huntsmen and huntresses, for some personal reason.

Seeking out to become a protector against the darkness was no easy feat so whatever those individual reasons were, it was not going to be easy. By all measures one was not a student of Haven, or any other mainline academy simply by passing a test, getting a recommendation, or some other metric. Attending meant passing initiation tests and much like how Beacon Academy handled things, in Haven one would arrive before heading to the assembly in the grand hall and following instructions. On the next day the weak and unworthy would be weeded out one way or another. For some it would end in a funeral rather than a great personal shame. This was not a lifestyle for the meek and unprepared.


It was an hour after noon when a crowd of new students reached the open gates of Haven Academy. From the plateau one could see Mistral Central Station in the distance, downward on the stairwell that rose along the incline upwards to the plateau. The sound of the train that went from Mistral to Argus could be heard as a soft wind blew across Haven's academic grounds.

Once through the gates one would enter the quad with the grand hall in the center with two transmit towers to its left and right. At the center stood various benches and hedges. Some of the returning apprentice huntsmen and huntresses could be seen finishing up their lunches or talking things over with friends or visitors. Each bore a uniform of Haven, a conservative yet stylish blend of black and white. It would be what each of the new students would be wearing if they passed initiation. In fifteen minutes they would be drawn into the great hall to hear what the headmaster’s instruction would be.

It would give them some opportunity to bump into other would-be students, some more literal than figurative…
In Grimm Noir → 25 days ago Forum: Casual Roleplay
I'll be trying to get the first post up (later) today or tomorrow now that I have some free time.
In War Never Changes III: Annals of the East → 26 days ago Forum: Nation Roleplay

@TGM There is no Fort Wayne mention in your profile. No error has been made. I was saying that - for your post and for RP purposes - that your southernmost people would notice the activity and surmise that somebody else's territory is there. If they have any knowledge of the Enclave, they may also spot the logo and know who it is.

In Grimm Noir → 26 days ago Forum: Casual Roleplay
After thinking on it for thirty minutes I have decided the teams will be broken up into these two sects during the initiation arc and forward: