STATUS: Being sick sucks 23 days ago

In The Hourglass Order → 14 days ago Forum: Casual Roleplay

Location: Distillery in Crafters’ Quarters - Ersand’Enise
Day of the week: Taldes
Time: 4:30 HE

“uuuuuuuuu ahhh” a boastful yawn leaving her mouth with a few tears welling up in her eyes. The sun had set, making her feel lethargic from the sapping of energy. Yet the night was more familiar to her than the sun despite the importance of the sun in her nations culture. The night was her friend, what cloaked her from danger, and most importantly what empowered her. The moon smiled down on her, emboldened her and raised her capabilities tenfold based on the number of moons present. It also meant she could reach full effectiveness as a Nikanese assassin. She rubbed the sleep from her eyes and patted down her newly equipped black garb that made no ruffle or sound in the dark akin to the feathers on owls that made their flight silent.

Nothing but her head was exposed, giving off a strangely off putting floating head display from a distance away. The talks of the Sanguinaire were interesting, but not much stock was put into it. She knew better than to discount it as folk tales, but she was a simple farm girl that only had a narrow field of experience.

During the briefing, Ymiico had also been quite silence since the inception of the conversation, she was much to enthralled by the vignette of the beast being described and the environment around her. It was unlike her home back in Nikan, but it wasn't without its charm. Ymiico didn't have quite a rhyme or reason for being on this mission, it just seemed the most fun out of them all. She broke her silence weighing in on the heavy chat. "My blood tasty, good?" she said with an awkward accent, hoping to convey that she understood she would be a big treat for the sanguinaire. Her question earned her a laugh from her teammate.

Her dagger like ears twitched and focused on the language spoken by Ilyanovich. One she wasn’t familiar with so whatever she was saying was still kept in private. She bent down at the end of the blood trail within the Proving Grounds, stroking her finger through the dirt, rubbing the crimson fluid between her fingers. She gave it a whiff and looked around trying to recreate the scene. Sloppy was the only way she could describe it, which meant one of two things. They had hubris and knew they couldn’t be stopped, or they were fresh behind the ears.

Looking up to the sky, there was only one moon who had come out to play today. Ymiico slightly sighed, the gods hadn’t been in her favor today. Her eyes traced Ilyanovich covering the exit, while her ears faced towards Evander. ”I go high yes?” her fingers pointing up, she waited little in the way for approval before she flipped forward towards the wall and began climbing.
In OBLIVION → 1 mo ago Forum: Casual Roleplay
@PatientBean@SouffleGirl123

Also I’d like to extend an invitation to the both of you if you were still interested as now is the time before the plot begins.
In OBLIVION → 1 mo ago Forum: Casual Roleplay
@Benzaiten

No I’ve just been extremely extremely busy this week. Which is really abnormal. I’ll be back to business after Monday.
In O R I F L A M M E → 1 mo ago Forum: Casual Roleplay 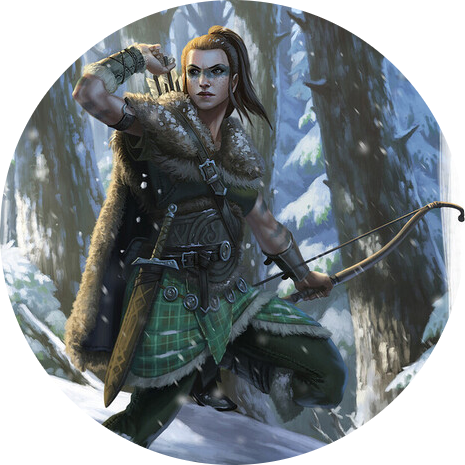 Interacting with: Dao Ma | Sewyn @Dao Ma@Force and Fury
Opportunity: Eskand-aligned Players – Head for Chamonix.
Event: Fields of Fire Location: Between Relouse and Chamonix | Wandering Mountain
There was nothing but searing pain running down the collective body which her mind still managed to inhabit. The taste of dirt and iron mixed in her mouth before abruptly expelling itself out of her mouth and onto her soiled clothes. There was nothing for her but the constant throbbing and drumming of pain coursing through her temple. With each stroke of pain, the broken memory of the last few hits making contact from the airborne heretic, ran through her memory. She didn’t have much time to wallow in defeat with the sound of murmurs and the devastating flapping of wings in the background.

Luckily for her, Ulfhild’s bindings were broken and her arms once again free. Soothing magic crept into the fractures and breaks that riddled her body. Almost as if turning back time or forwarding it much into the future, her body began to heal. She could breathe peacefully without fear of her ribs piercing her lungs. Once haggard she was born anew. The only remnants of the battle she had was blood stained on her chin and the dirt on her face. Sewyn had come to her aid, which was rather disappointing as she was the one who was tasked with saving him. He wasn’t in the top three for nothing. Ulfhild could do nothing more than accept her duty and continue on with Sewyn and the rest of the Eskandr forces.

Before she could race back to her allied lines, her perpetrator called to her. It was a common occurrence with the Parrench to spare the Eskandr people and then ask for their help in whatever battle they could not handle on their own. And while the lucrative thought of defeating a dragon and saving people did weigh on her, she knew she could not give up her people. Plus, if the majority of the Parrench forces were to fall now, it would be a victory for Eskand. “Enjoy your singular victory” she laughed at his mention of the result of battle, “Keep your offer, I look forward to the next time we meet.” With that she ran to the lines of her people.

Once she made it to allied lines the thoughts of Hildr began to flood her mind. She had been so consumed by her unwavering ability to not die and attack Parrench when she could, that she forgot her sister. She had more than likely stayed, whether to help or to cement her allegiance with the other side was unknown. It would be something she would have to wrestle with later and perhaps consult Kol and Vali in the matter. For now she owed Sewyn her life and freedom, for now the destination was set for Chamonix.
In OBLIVION → 1 mo ago Forum: Casual Roleplay
I hope you feel better!!
In OBLIVION → 1 mo ago Forum: Casual Roleplay

@Salsa Verde Perhaps this would offer the opportunity to ask one or two of the people who didn't initially get accepted to have a go at it? Depending on how much we downsize if at all.

Yeah that’s a good point. Since we’re at the turning point where we would be able to allow new people in and have it make sense.
In ᵀʰᵉ Spirits Within/Aeon → 1 mo ago Forum: Casual Roleplay
Ahhh tomorrow is already 14 days for my time limit. I'll get a post up tomorrow, scout's honor.
In DRAGON AGE : Lost Convictions → 1 mo ago Forum: 1x1 Roleplay
Roderick knew not of whether this had been ordained by the maker or if it was just a coincidence. Is faith not all but coincidence? Whatever the makers wishes were it was quite befuddling that he would have delivered unto him a savior with horns. Roderick had very little in the way of experience with the Qunari. He had known of their existence, their rich history, and the state in which many of them lived to this date. They were another victim of circumstance in their world, one that he hoped he’d never have to encounter. Yet, fate had another way of pulling the strings to the marionette of his faith. Now, as helpless as when he was a pup, at the mercy of the Qun before him with no foresight in what she would do to him.

The overwhelming sense of heat that washed over him and forced sweat to the outcropping of his pores, slowly washed away. One solid grunt, almost barbarian an uncouth in nature, set his breathing free from the constraints of hostage air. Slowly enough he was working his way back to steady condition, not that any of that mattered to the Qun before him. ”Asaara” it was often queer for a member of their race to have a name of their own. Often time they simply had monikers they assigned themselves for feats of strength or obvious…characteristics. Her gift with the bow and arrow led him to believe that it was won by her ability and not so vain as to grant it herself.

“Pretty name for a pretty gal, wouldn’t you say?” a brittle almost bordering hoarse laugh. The knight rose to his knees and then to his feet, stumbling like a newborn foal finding its legs. The curtains of silk like blond hair, weaved back into the backs of his skull after running a hand through his precarious locks. “Ah, now that’s better now that I can actually talk. Ah blood magic, quite the nasty bugger, isn’t it? You never quite get used to it” a crack from each side of his neck, each one giving birth to a sigh of relief, “never quite forget your first either.” It was clear she was simply humoring his presence and spoke little in the way of superfluous language, a trait he failed to pick up.