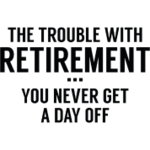 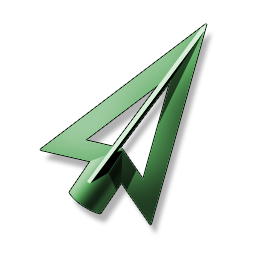 Three figures strode into Puckett National Bank. Their automatic rifles swept across the lobby singling out the armed guard present, then corralled the panicked civilians and newly unarmed security into a far corner. A fourth joined them moments later before moving toward the rear of the building with a cohort. Less than three minutes after that, they left the building with a pair of large duffles in tow.

I watched the events replay on my screen for the fifth time, pausing and slowing at key moments. The bank robbers were entirely dressed in black from head to toe. Non-descript boots, pants, shirts, gloves, and balaclavas masks with mirrored sunglasses left little skin uncovered. From the heights and builds, at least, I could assume they were men, but that offered me next-to-nothing to go on.

The way they carried themselves, the almost chillingly calm demeanor each had, and the tactics used told me they were seasoned professionals. Paramilitary types that didn't make for common, run-of-the-mill thieves. They had been in and out of the bank in exactly one hundred and eighty seconds. On the dot. They had known precisely what to expect, where to go, and how to access their plunder without issue. And they had done so entirely without harming any of the civilians or employees present.

Which just made it more confusing and infuriating knowing what had happened once the four armed men had left Puckett National. I didn't have video footage of that portion of the crime but I knew the events well enough from the constant news coverage over the last six hours. Two responding officers had found themselves on the receiving end of a controlled explosion. Their cruiser had wrapped around a telephone pole like paper folded along a crisp seam. Neither of the cops had survived.

For such a highly trained and coordinated group, with all the expertise they presented, and the restraint they had shown in not so much as errantly pointing their firearms in the direction of the innocents inside of the bank, I found it hard to believe they had carelessly detonated their explosives on the way out. No, it had been planned. Thought-out in advance and timed for maximum carnage. An act of premeditated murder against Star City's finest.

This was the third bank hit in as many weeks. Each had been assaulted by a group of four well-armed figures. In each case, the robbers had entered and exited the structure in a strict three-minute window. Also in each case, police response had been delayed by a seemingly innocuous but debilitating surge in traffic. Most recently, lower downtown Star City had experienced serious congestion for a ten-minute period that preceded and led up to the robbery. Conveniently, the traffic blocked the most direct paths from the surrounding police precincts to Puckett National.

Neither police nor news outlets had made a connection between the two, but I theorized a direct link. Somehow, the paramilitary group had arranged the traffic jam to aid their bank job. I had contacted a colleague who had the necessary expertise to check my theory and hoped to have confirmation on the how of the matter soon.

Whoever this group was, they were exceptional at what they did. Certainly better than the typical ragtag criminals that polluted Star City. None of the street gangs could pull off anything close to what had been displayed here.

Still, with as little evidence or clues as this group had left behind, the foursome had provided me with one lead. As I said, three bank heists in three weeks. First, there had been Herron Lee United; then, Conway Trust; now, Puckett National Bank. These banks were in strategically poor locations for robberies with each being in relatively close proximity to a police precinct. Response time to any attempted crimes would be quick in any usual circumstance. Further, the holdings at hand for any of these banks would be significantly less than that of myriad other potential marks throughout Star. They didn't exactly make for prime targets.

Which is exactly why Herron Lee United, Conway Trust, and Puckett National had been used to house the illicit finances of Star City's premier organized crime family since the 70s.

This unknown group had robbed three mob banks in succession.

"Once is happenstance. Twice is coincidence. Three times is enemy action." Ian Flemming wrote that in Goldfinger and I wasn't one to disagree with the observations of James Bond.

These were targeted strikes, of that I had no doubt. I just couldn't be sure of the motivation. Retribution, perhaps. Or opportunistic cash grabs against a recently crippled organization. Regardless, it was the only lead I had to pursue at the moment until my associate could follow up on my traffic theory.

The display of the four armed men winked out as I rose from my chair. Donning my gear, I pulled my hood forward and slipped out of my bunker into the dead of night.

It was time I pay a visit to the mob.
In One Universe: Unlimited - A Marvel/DC Comics Roleplay → 3 mos ago Forum: Casual Roleplay
I originally had planned for this post to be a double feature, so to speak, with a lengthier second half that directly tied into the first. I think, though, both due to time constraints tonight as I wrote and pacing concerns, it'll be better served as a separate post. This means, I hope, that I'll finish it and get it up quicker than is usual for me. Of course, for me, quicker than usual could mean two weeks from now.

On a side note, my posts that carry the simple "GREEN ARROW" title card at the top denote posts written outside of Oliver's point of view but within the GA narrative. Posts with the arrow emblem indicate those written with Oliver at the helm. Since I've decided to write Oliver in the first-person past tense, that should help prevent confusion or uncertainty when I switch to third-person omniscient past tense POVs in separate posts.

Anywho. Posted. After repeatedly lying about when I'd do so as promised.
In One Universe: Unlimited - A Marvel/DC Comics Roleplay → 3 mos ago Forum: Casual Roleplay
Call me a senior citizen, because I have a hard time getting it up.

[Insert excuses here]; new goal is tomorrow after I return from work. I'm beyond the deadline at this point, so I should technically be moved to inactive. I already know what the contents of the post will be, I've had that planned out since the start, but I've found it more difficult than anticipated to carve out a solid chunk of time to type it out and edit. The latter is what takes up the majority of the required time. I do have the beginning of the post already completed; it's the expositionary bits that need to be worked on.

Anyway, just giving an update on my failures and repeated false promises. Still intend on being a part of this and getting a post up ASAP.
© 2007-2017
BBCode Cheatsheet