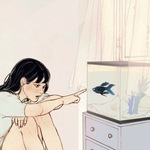 In The Digital Expanse → 11 hrs ago Forum: Casual Roleplay
C:\Expanse\Data\User_Data\Suzuki_Takada...

Making a small o with her mouth, Suzi took a step back when the man with the hard hat slumped over. Her eyes examined the body and then stared wide-eyes at the young man behind him. Quickly, her mouth clamped shut. Her foot took a step backwards apprehensively, yet she remained otherwise still.

Aki-senpai began speaking to him, and Suzi felt her cheeks tingle. She wished she had been the first one to speak up, for some reason. However, she continued in silence as the two older ones conversed. She could feel her heart thumping in her chest, trying to anticipate where the conversation was going.

Finally, she brought her step forward once more and relaxed a little. The feeling in her cheeks was pink, and quickly she drew in a quick breath and clamped her lips shut again. A small exhale came from her nose. Suzi looked down at her wrist. This has to do with my omniphone?

It made sense, and for some reason, she did not want to doubt Jacob-senpai. He really looked like he knew what was going on. She felt much safer with him around, especially after what he did to… Her eyes glazed over the slumped body. She drew in another breath but this time through her nose. Her mouth drew a straight line as she looked back at Jacob-senpai. 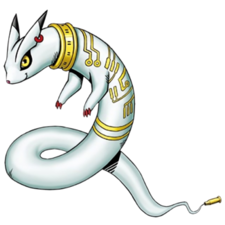 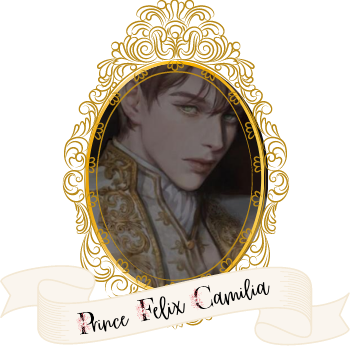 The archery competition was proving itself to be quite exciting, with unusual results. He found himself cheering for Verrick, despite any animosity he had reserved for the man the night prior. In all, the prince ha let the previous night’s undesired thoughts slip away with less than a sigh. This was much less of a concern for him when minding Lady Thea. She had looked much better in other lights.

He wondered if she would even have energy left for an evening dinner. She seemed out of sorts, embarrassingly enough. With this, he let out a small sigh. The woman was nearly impossible to impress upon people without some backlash. He wanted to think more highly of her but found himself at I some partial paradox.

As Verrick won his first round, Prince Felix felt a slight relief after Lord Leo’s poor performance. At least someone was representing the Varian Kingdom favorably. His hands clapped for the archer and a smug smile warmed his jawline. The excitement was rising within him, and he felt himself easing into the festivities — letting the visage of the evening fade into the recesses of his mind.

The prince took in another sigh. He scanned the surrounding area and saw Lady Crystal. A momentary flurry captured him as she caught his eye. Several body guards were concerning themselves with her presence. Before he could think much on this, the cheerful voice of his younger sister Sadie resonated through the crowd. She was cheering for Verrick, like a good Varian.

He had been unable to make his introduction to her, as she had missed the banquet. The princess was making her way over to a table with Lord Roman. He decided to make his way towards the table, as well. It was elaborately decorated. The man could be quite festive.

“Lord Roman, you’re having quite the time,” the prince made a small noble gesture before turning his attention swiftly to his sister. “Princess Sadie, it’s a pleasure to see your smiling face.” Sadie always made his heart glad, and he cared for her deeply, as not just his sister but his youngest sister. “You look beautiful this morning.”
In Digimon- [The Uncanny Frontier] → 10 days ago Forum: Casual Roleplay
R Y A N M A Y E Z
T I M E : Sunset
L O C A T I O N : Hinode Wild Birds Sanctuary Nature Park
I N T E R A C T I O N S: None
M E N T I O N S: Riku Azuma @JDubs Brian MacPherson @BenG85

Symbols and letters from languages all around the world began swirling around Ryan. She felt a renewed energy enveloping her body, and the aches that had been fully present within her began subsiding. What was happening? Was this the contract?

A bright light flowed beneath her, and she felt as if time had momentarily stopped while all this progressed. She held her breath and let whatever that was happening continue to play out it’s course of action. There was no stopping it, whatever it was, and despite all the strangeness, she felt compelled, as if she was in some sort of enchantment.

Besides, Terriermon was with her. He was still there’s and with each passing non-moment, she felt closer and closer to him. As the glowing subsided and non-time slowed to a hault, stepping back into real time again, Ryan found herself standing upwards with full strength.

“How are you feeling, Ryan,” the voice of Terriermon echoed in her head like a clear string of thoughts. The girls dark eyes gazed under the impression. Her lips clamped shut into a serious line.

“Wouldn’t trade this feeling for the world,” Ryan registered back to the Digimon. Her eyes fixed on the Digimon in front of her. She knew what to do, like some sort of new instinct had just developed in her.