STATUS: Met some awesome people to RP with :) Finally starting with some amazing story's! You guys made my day :) 5 mos ago 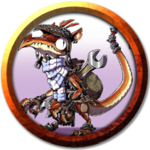 5 mos ago
Current Met some awesome people to RP with :) Finally starting with some amazing story's! You guys made my day :)
6 likes
5 mos ago
Looking for 1vs1 roleplaying to write some adventures!
1 like

Looking for something new after playing DnD in a group for 8 years. Looking for other adventures to write story's with and have a good time! Let's write ourselves into trouble tonight?

Maybe some one has an idea for a good challenge from the king?
In The dark ball- who will be successor? → 3 mos ago Forum: Free Roleplay
The herald of the king moved quickly, It took him 5 minutes to get the the throne room were the ball was taking place. The king would move in a few minutes behind him to make it on time. The herald knew that his king loved te be on time and he expected everybody to follow that rule. He moved towards the door for the servants and gripped his staff as he moved to his spot to announce the expected arrival of the king.
He tapped his heavy wooden staff on the ground and the taps echoed trough the room. Lords, lady's and guest stopped talking. The sound of talking died down and all eyes turned towards the heralds platform. "Princes and Princesses, Lords and lady's, guests of King Theodore Goldfort the second, Lord of the mountains of the North, Conquer of the deserts to the south, Protector of the people of the West and Master of the fortresses of the east. His Majesty the king will arrive in five minutes." The Herald tapped again and made a slight bow. The rumors of talking started again and people started to move quickly. This was the moment to activated plans and to set things in motion.

Large doors opened as the honor guard marched in. Those knights were the finest of them all. Those man and women would be in the thickest of the fighting to protect and die for their king. The metal of their pristine armor shined in the light of the fires and candles. They walked with their pikes trough the room and took their places. It was a beautiful and intimidating play knew Victor. With those man and woman in place anyone foolish enough to approach the king with ill intentions would find him of herself at the end of a pike without notice. Having a good standing with the captain of the guard was important as she is in charge of the safety of the king. She the captain had a legendary status as one of the best fencers ever lived. Victor had fenced a few times against her but never was able to breach her defense enough to take advantage. She was simply too quick. Victor knew that it would take a lot of practice to finally beat her. But tomorrow would be a good moment to see how much better he had become. Happy with the idea that he would face Beatrix the next day Victor smiled.

Victor looked around to see the chaos ensuing around him. In the chaos he saw a lovely young lady. He did not know her, but he recognized the family weapon. She looked around in disstress and Victor suspected her looking for someone. Most likely for her family. "If you gentleman will excuse me, I think lady Galanodel needs some assistace, she looks somewhat in disstress. I hope to meet you again on the danse floor. Or at whatever the King has prepared to throw at us." He made a small friendly bow and took his leave towards lady Galanodel. With a few steps he was near her. "Lady Galanodel can I be of assistance?" Victor asked her. She turned and gave him a small thankful smile. "Prince Victor, I have lost my father and in all this movement I can't find him. Me being alone will make him worried and people will talk. Have you any idea were my father is? Her eyes pleaded for help. "Don't worry my lady, I have seen him a few minutes ago walking by towards the buffet. I'm pretty sure he still will be there. May I offer my arm so we can find him together? He offer his arm and she complied. She let him lead her towards the tables. Victor couldn't see the small smile she couldn't keep from her lips. Her plan already succeeding.
In The dark ball- who will be successor? → 3 mos ago Forum: Free Roleplay
Planning on writing a new piece tomorrow for the king and Victor
In The dark ball- who will be successor? → 3 mos ago Forum: Free Roleplay
Don't worry, just write when you feeling up to it ;)
In The dark ball- who will be successor? → 3 mos ago Forum: Free Roleplay
"Ah, good evening Dimitri, you look as sharp as always. I do believe you're still on time. Father isn't down yet but he should be announced every moment now. But I'm happy you made this tonight. We were just talking about a friendly sparring match if it works with fathers plans, tomorrow. Would you Join us? I'm sparring with our sister Beatrix as I challenged her. So I'm expecting a good fight." He said with a smile.

Victor was happy to know that Rose and Dimitri made it. He respected Dimitri and looked up to him with Dimitri's great fighting skills. He always had liked Rosealeaha a lot. He wasn't sure why, but maybe tonight he would figure that one out. At least he would ask here to dance later this evening. He had hoped do dance with his sisters at leased one in peace tonight before the chaos would start.

With a grin he whispered to Dimitri: "Already made your plans for tonight? Who to backstab, who to support?"