STATUS: Returned after a hell of a hiatus. 2 yrs ago 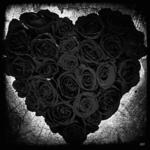 2 yrs ago
Current Returned after a hell of a hiatus.
1 like

But it afforded her an opportunity. She slid onto her back and twisted her herself. Her wrist burned in protest but she ignored it. She dropped her dagger, decently snatching it from the air with her other hand. This all occurred in the span of a breath before she made to slam the dagger’s all nine inches into Akshay’s belly and rip down. She’d gut one of them before night’s end if she was to fall tonight.

In Pokemon: Shadows of Orre → 12 mos ago Forum: Casual Roleplay
Sonya blinked. "The leader?" Her smile vanished and she tilted her head to the side. Sure he looked capable but she'd never have guessed. The newcomer barely registered for her, as she was entirely focused on Drazen. Sonya shook her head. It wouldn't do to be rude.

"I'm Sonya. Nice to meet you. If we get a chance I'd like to battle you too."

For now it was time to see if she could enjoy a good battle without bringing out that part of her. The last thing she wanted was to hurt someone like she had before.
In Oblivion: A Story Forgotten → 12 mos ago Forum: Casual Roleplay
My eyes widened at the bold but ultimately foolish move. Who wields a hammer in such a way? I used my momentum to slid on the ground, nearly missing having my skull bashed to bone by the hammer. Instead it thudded against my shoulder. Despite the odd use, the power behind the strike was no joke. My shoulder felt as though ripped from the socket, but better that than my skull crushed like a grape. I hissed as the force nearly sent me sprawling and I ran past him. A plume of smoke erupted in my wake blanketing the hammer wielding warrior as I carried onward, toward his now defenseless companion, who now stood alone. Best p[art was their back was exposed. My mouth watered and my hand tightened around my dagger. An ominous shadow flowing from the blade like smoke from dying embers. My eyes focused on his right side, a vulnerable spot. Kidney perhaps, my mind whispered.

I grinned and lunged, intent to sink all nine inches of shadowed steel into my unwary prey.

Sorry for the wait and yes I'd love to here it.

Went on an out of nowhere vacation sorry for being gone so long.
In Oblivion: A Story Forgotten → 1 yr ago Forum: Casual Roleplay
@goodmode@Undying Curiosity

Lykantha's mouth watered at the smell of nature that assaulted her nose. The foliage was a wall of green before her. She ignored the baiting and drew her dagger. A horror she was be but one that knew her enemy. She sniffed at the air: the tang of sweat was on the earthy wet tang filling the forest. Her first strike had been one of a test. Fear she sensed in the shield-man, but there was something that sent her blood-lust to the back of her mind. A will to fight. Even prey deserved respect.

Caution, a voice breathed in her mind.

Two against one. She knew her odds weren't good but failure wasn't what would come. She circled them using the foliage as her cover. They faced different directions, a smart tactic but what of the sides? She sprang form a tree branch, dagger held against her forearm. She willed her elements to mingle and smoke bloomed in her wake. She aimed for the shieldman's arm with a stabbing strike ready to run in another direction leaving a smoke cloud around her opponents.