STATUS: My favourite drive is Drive (2011) staring me, Ryan Gosling 1 day ago

1 day ago
Current My favourite drive is Drive (2011) staring me, Ryan Gosling
2 likes
23 days ago
imagine using the status bar, fucking nerds
3 likes
1 mo ago
okay fine just one more RP then I'm done
2 mos ago
Time to fade away lol
2 likes
3 mos ago
I feel like I'm close to reaching my enjoyment for RPs now that other writing opportunities have come out
3 likes

In Star Wars -- Winter of the Confederacy → 12 days ago Forum: Casual Roleplay

How's everyone doing on posts? Again if we're having some difficulty, I can put something up to nudge at everyone.

I am fighting my local council over 20 pieces of paperwork : (

Looking at the sheets, I think it's pretty funny no one picked ex-Republic/reformist. 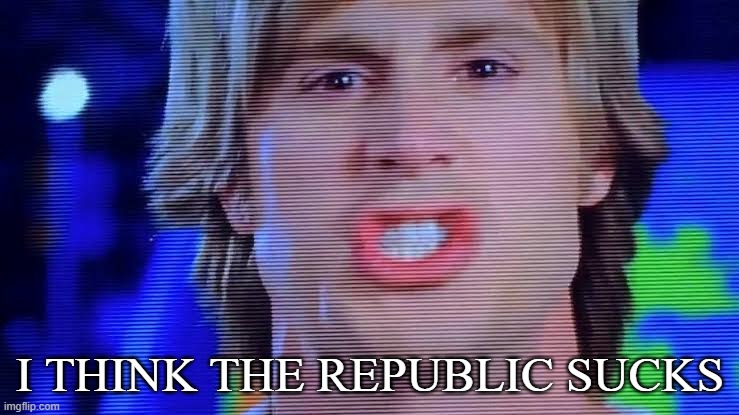 Vhi's differences as a Mirialan aren't too apparent - her skin, though decorated by ink of a meaning even she, herself, isn't sure of, remains the typical emerald green, whilst her hair is at a shortened, jet black style. It sat more comfortably under the helmet that way. She falls short of 5'6" by a hair's length. And to contrast her skin was her bright, blue eyes, easily the most delicate part of her lesser-kept appearance. Though, of course, her most notable asset is the famous - or equally infamous, depending on the associate - attire of the Mandalorian. The armour itself is pretty light, with only the chest, pauldrons, bracers and helmet being made from duraplast. The rest remains as akin to a flight suit, colour-toned to accompany her sacramento-green armour. It's main ideal purpose is to support the great flexibility of any Mirialan, though in actuality, it better reflects her shortcomings as a Mandalorian and fighter.

Steadfast is the ideal state in which she'd have settled for. Yet reality often proves difficult and, in some ways, degrading as recurring trends came through. Though not necessarily chipper-and-cheery all in all, she tries to maintain the headstrong icon she had set out to be. She initially maintains the professionalism as such, but has the ease of letting loose from a life left to difficult circumstances for any Mandalorian in training. However, she's been prone to misjudge and miscalculate to a fault when in roles requiring her boots firmly on the ground. Yet comfort is derived from the seat of any interceptor she knows well. Inside, she becomes a different person - calm. Collected. Insistent on achieving something before withdrawal. Something can be said about Vhi as a person, face-to-face, but to the Confederate Clique, the seat of a star-interceptor has made her worth keeping around.

Previously, her skills as a pilot were honed from whatever was provided to her. Most of these were cheap and sometimes inefficient spacecraft that could only be used in rapid strikes against patrol squadrons of the Republic, but on the right occasion, she'd be gifted something that could dive into the grime of a true space battle. Currently, she flies an M3-A Scyk Interceptor, in its second styling. Its additional prongs allow it to function much better in-atmosphere than the common first style. Typically, it's armed with twin-laser cannons and a quad-proton torpedo launcher, though the latter can be swapped out for six concussion missiles.
Biography

Vhi T'ourjus was, supposedly, born on Carlac - a cold planet out in the far reaches of the galaxy. Her mother had died during childbirth and, though quick to keep on the move, her father was left to care for her. She never really knew what he did as a job, but after a childhood of back and forth between planets, they rested once more on Carlac at around a time when, far off into the snowscapes of the planet, a ship crashed - having been shot down by a Galactic Republic pursuit party. Among the crew of four, two survived. One of these was one Kalis Sallarah - one of the legendary mandalorians that were whispered on passing mouths in small communities. Her armour was, even when scratched, the greatest sight Vhi had ever witness to. It brought out a maternal prowess in which she'd never experienced.

After some brief introductions, her father willingly offered to give them asylum as the same pursuing force made touchdown on Carlac. Though her father knew why, Vhi had been too young to ever comprehend why Kalis and her surviving compatriot had warranted the attention of a small Republic taskforce. Such a few months had come around that Kalis' biases on galactic politics had started to trickle down onto the young Mirialan. Eventually, the risks of such mutual protection blossomed. Republican pursuers caught up to them. A standoff ensued. Four were left dead, including her father.

Life shifted rapidly. She was still young and unable to care for herself. As a token of gratitude for their cooperation, Kalis adopted the young Mirialan and led her on the path to adopting the Mandalorian culture. With such little ties to the spiritual nature of her people, and in such a dire need for maternity, it was agreed upon with flying interest and grievance for her father. Yet that life was no happy redemption. Truth be told, Vhi struggled to keep up with the demands of a mandalorian warrior. Though agile, her capabilities in hand to hand combat, or with any weapon, were rather short-sighted. Commonly enough, and arguably without any loving support, Kalis admitted little patience for her shortcomings. Years passed, and by the age of seventeen, when she'd received her helmet and chestpiece of duraplast armour, her nomadic life continued when Kalis and her partner inexplicitly abandoned her. No word or trace came of them. The message was clear. Whoever they were, they'd felt nothing but disappointment in her.

Life took a turbulent turn. She contemplated what it meant to be a mandalorian, a question still left unanswered to the current date, but she kept her armour and stayed true to the meaning of its colours - duty. She vowed to dedicate what she could to honing a craft never perfected - that of a warrior. She coasted between passing by bands of mandalorian warriors, from time to time, occasionally trying for mercenary work, but her shortcomings with blasters and the such left so much to be desired of her. Yet life's other consequential disasters had other plans.

The Confederacy of Independent Systems had risen up. The burrowed in dissatisfaction with all that the Republic and Jedi Order represented left a somewhat desperate Vhi to sign up, training as a pilot, for she'd made use of several cargo vessels herself in her nomadic state. The CIS found use for her agility and, remarkably, staunch concentration when in the seat of a starship, and she quickly shifted into interception. This new life of hers, donned in her mandalorian armour, left her with little time to actually practice what she had fallen short of. Her insecurities were never amended and, when the eventual collapse of the Republic and rise of the Empire came through, she'd been left a young adult without any strong sense of whether she was truly a mandalorian or not. But as a new dawning war arose, one thing was for sure: she'd maintain her ties as a confederate interceptor pilot. After all, they did sponsor and buy her pauldrons and bracers in thanks for her successes and exploits as a pilot.

Firstly, her talent as an interceptor pilot is undeniable. Though not the best, her comfort in the seat of such craft and agile nature has made her a notable addition to the surviving CIS forces, especially when many of her contemporaries had grown misfortunate in the overpowering rise of the Galactic Empire. Her affinity for boundary-breaking manoeuvres and, if possible, use of local obstructions, such as asteroids, debris, or in-atmosphere terrain, allows for her to shake off and keep track of opposing ships long enough to survive as long as she had - though the Empire itself opens a seemingly impossible task for anyone like her.

She's a bohemian pilot, so to speak, and as battles or exercises tend to become hastily thrown together, adaptation is a well-received trait of hers. Squadrons in the CIS were used to breaking rank, especially if integrated with the previously amassed droid armies and navies. Any pilot like her has to be self-reliant, and capable of reading a space battle where communications may turn sour. Alternatively, she knows when to bug out and quit a fight, or a dead soldier can be replaced, but a dead pilot will forever be a lost figure.

Yet her weaknesses stand true and high. Her life has been riddled with the disappointing standards of her fighting capability. Mandalorians have the conventional status of warriors, regardless of their roles. She never became something like that. Her hand to hand ability can't be relied on and her usefulness with a blaster is only limited to that of her single pistol, and both skills have been regarded as "barely enough to survive an encounter". Such setbacks have disappointed smaller Mandalorian bands she'd passed.

Equally, comes the confidence that is shattered in such cases. She doesn't control a foot battle, or a duel with her opponent, she quite literally crawls at her situation for survival. Her agility may have well been the only thing to keep her alive, but outside of the cockpit, she struggles to maintain any sense of calm and quality. She maintains a strong drive to practice and hone her skills, but they've never come into fruition in a life of leaving others disatisfied.

Alongside her mandalorian armour, she has a single, slightly short-barrelled RG-4D Blaster Pistol. Additionally, a commlink is attached to the side of her helmet, and her holsters hold a vibroknife, commonly used for service rather than combat. Her apparel also comes with attachment slots for piloting survivability gear, such as temporary oxygen support and suit pressurisation.
In Star Wars -- Winter of the Confederacy → 1 mo ago Forum: Casual Roleplay

Am I clear to move my CS over?
In Star Wars - Winter of the Confederation → 1 mo ago Forum: Casual Interest Checks

Mmm, yes. However the Empire has employed them with far better results.

Yes, however, counterpoint, the empire sucks ass. Your honour I rest my case
In Star Wars - Winter of the Confederation → 1 mo ago Forum: Casual Interest Checks

Hmm...Trandoshan aren't usually a common sight on the good side :/

Makes it more interesting when they are, right?
In What Are You Listening To? → 1 mo ago Forum: Off-Topic Discussion