Luminary of the Stars

STATUS: I forgot how cool Bleach was! Holy crap! 3 mos ago 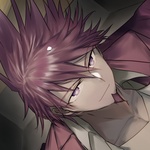 3 mos ago
Current I forgot how cool Bleach was! Holy crap!
2 likes
4 mos ago
MAKIMA IS COMING
4 mos ago
Yes I am a Makima simp. Yes I would bark if she told me to. I am not wrong

also @Crimson Lion mind if I write in my post that Jun was dragged away by Naoki? As I can't think of any other way he would walk away from what Ryoichi said
In Gundam Build Fighters Imagine! [Full] → 3 mos ago Forum: Casual Roleplay
The worst part is that Jun seriously thought he was someone's dad or uncle.

In terms of anime, 19 is considered old age. So there's nothing wrong here.

EDIT: It was great! @Renny

Heck yeah it does! It was real tough trying to find acceptable Crossbone customs. hobbynotoriko.yumenogotoshi.com/mg-x-…

Also, I added it to my character sheet.
In Gundam Build Fighters Imagine! [Full] → 3 mos ago Forum: Casual Roleplay
Throughout the past 2 week, Jun had not only been training his fighting skills hard like always, but he had also been working along with his teammates. This allowed him to learn certain things, not just from in-combat but also building his Gunpla thanks to them.

Of course, he would stay with the course of his Captain Miracle. Jun's stubborn nature wouldn't allow him to abandon it, especially as how he didn't get to use it's full capabilities in the recent Tournament. That meant he had to make upgrades in response to his loss and so was born the 'Captain Miracle Mk II'. During its initial incarnation, Jun had gotten rid of some of the Crossbone Gundam X3's armaments in order to improve speed and consume less energy. The 'Captain Miracle Mk II' would fix that by not only implementing those previous armaments, but also adding in a completely new kit into the mix, the Gundam Exia. 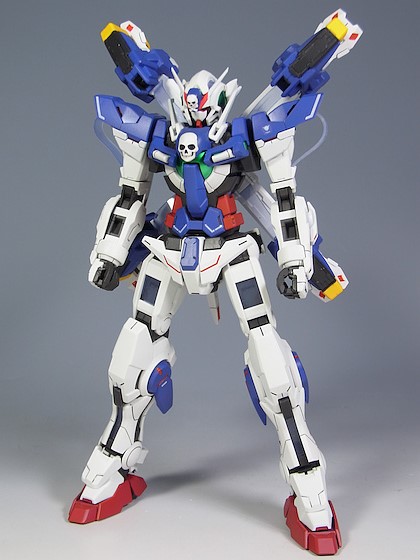 The Exia itself was already extremely nimble with its slim frame, added with the gracefulness of the GN Drive. Then there were the X Thrusters from the Crossbone, which gave sudden bursts of mobility and an additional amount of speed. To add on, there were the GN Condensors added onto the thrusters when desperate needs of speed are desired. All that to say that it's maximum speed was so incredible it was dangerous. So dangerous that it was hard for Jun to control it, and he had even crashed several times at that.

Either way, Jun was excited to finally get into action with it, but the person sitting next to him on the bus wasnt exactly someone he could get along with, that was Kai...

Without any hesitation, Jun had been rambling on and on about how he was going to prove his greatness. Yet, shockingly, Kai had been able to sleep through the entire rant. It was an amazing feat that reminded Jun of like a monk or ninja. Before he could fully understand the meaning of it, the boys had arrived at their destination.

His Gunnpla and tools in hid pouches, the boy hopped off the bus with a brim grin on his face. "So this is the place huh? They might as well line them selves up " he postured while walking towards his destination. Well, that was before he was handed his Team Imagine Victory armband, which he happily thrusted onto his arm. That was when he caught wind of the interaction between Riku and another team.

"Hey, Riku! It's not right to talk down to other people like that!" Jun spoke accusingly as he pointed his finger at his comrade. So being the talker that he was, Jun strutted towards the opposite group with all the confidence in the world. "You're Seo right? I heard about you. You know, it's not very manly to gang up on someone, but considering the fact that I was there, I can't totally blame you for taking drastic measures!" Jun nodded seriously as if he had totally understood the other boy's feelings.

He then shifted his attention to all of Seo's team. "I'm sure you guys know who I am, but it's important to introduce myself; Most call me 'The Once In A Century Genius', some call me 'Shark', recently I'm 'Team Imagine Victory's Ace Fighter', but my actual name is Jun Takamaki! I only take the toughest of challenges. So if you guys want any hopes of winning, you better all came at me at once! As fo-"

Jun smiled at the new teammates around him. He had experience in all kinds of sports and games from all the challenges he conquered in the past. Yet, very rare was it for him to be on a team unless it was absolutely necessary. Such a thought brought about memory of a former comrade Jun had left behind long ago. The two of them had gotten close, however that friend of his wasn't too pleased to know Jun would be leaving their competitive sport once he had reached the top of the summit.

The two of them had a fight about it and hadn't talked since. It was because of Jun's nature to move along to something else one he'd conquered his challenges that the two of them broke apart.

If that was the case, then once this current team had become champions, would he toss aside Gunpla Fighting and no longer be comrades with them too? For once, Jun was actually solemn in silence about that quandary.

That was broken once Kai direct a verbal jab at him. Needless to say, Jun would be easily provoked. "Oh yeah?! I don't like having to be on a team with a smug guy like you but I'll put up with it if it means I get to take you down later!" he leaned forward at the blond fighter with obvious anger in his eyes. All previous worries had been washed away, so Jun rose to Naoki's proposal

"You got it! I always train like my life depends on it. So I expect the rest of you guys to do the same. I don't wanna hear any excuses like 'We're not geniuses like you Jun, so we can't keep up'! Understood?!"

He spoke those words to everyone in the group, to make certain of their resolve.
In Our Dying Wish → 3 mos ago Forum: Casual Roleplay
Sweet, gotta get my brain moving in terms of thinking of a character
© 2007-2017
BBCode Cheatsheet