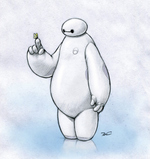 In 🗡 Roses and Daggers 🎕 → 7 days ago Forum: Casual Roleplay

"Oh my, lord Atwood. I'll be sure to visit your lands to to see these stone crabs for myself... Surely they would make for a wonderful trophy... As for the hunt today, I'll be sure to stay out of your way. Lest a stray arrow pierce my chest." He returned the jest in kind, with a soft, inviting smile.

"Ah Sister Mayet, but the thrill of the hunt comes from the knowledge that one must wait for the prey to lower it's guard then deliver a precise blow, or suffer the consequences of missing one's strike." Munir responded to Mayet with a small smirk. Of course, he would never hunt a giant scorpion for game. Munir would only attack on should it present a danger to whatever, or realistically whoever, he was doing at the time.

"The caress of the Alidashtian sun and the embrace of the sands has always made your already radiant beauty shine that much more, Sister Mayet. Wouldn't you agree, Lord Atwood?" He said, giving Roman a small nudge. "Besides, I'm sure your bath after that hunt was filled with milk, laced with golden honey, and covered in desert rose petals. Otherwise, how else would your skin make such a miraculous recover after such harsh conditions?" Munir said to Mayet, trailing the back of his right index and middle finger from her wrist to her elbow.

"Anyways, on to the hunt." Munir turned slightly and placed his right index and middle finger against his lips. Munir whistled as he tilted his head up slightly, panning from right to left. A swift shadow appeared in the skies, descending rapidly. In one smooth motion, Munir brought up his bow from the left side of the horse and nocked an arrow against the gorgeous ebony bow. The raptor dove towards a patch of tall brush, about 150 yards away from Munir. By this point, Mayet had mounted Nala and took off after her prey. "Well, Lord Atwood, thats my cue. Please do not shoot me in the back." Munir said, ending his sentence with a wink.

Munir squeeze the belly of his steed with his calves and gave it a small kick with his heels. The horse neighed and took off. Munir's prowess at horseback riding was in full display. He bounced on the horse with grace, lithely dodging branches and other obstructions. Munir worked the horse into a gallop, taking a parallel course to the course the raptor took during it's dive. The tall brush swayed and rustled as a small figure can be barely seen coursing through it. Munir fully drew his bow, arrow at the ready. Leaning his upper body slightly to the left of the horse to keep his balance, Munir took aim and traced the path of the small figure in the brushes. Aiming ahead of his prey, Munir took a moment to steady himself against the galloping steed. With a quiet whoosh, the arrow was loosed from Munir's bow. Munir's target was about 25 yards ahead of him and his horse took just a few steps to close the distance. Holding on to his bow with his left hand, Munir pulled back on the reins and slowed the horse slightly. The arrow impacting the ground kicked up some dirt and dust. Munir did not fully stop as he rode past the arrow stuck to the ground. He released the reins and leaned towards the left of the horse and pulled the arrow from the ground, aided by the momentum of the horse.

At the end of the arrow was a small rabbit, brownish in color, still twitching as it's muscles spasmed from the sudden shock of having it's life taken from it.

Munir sighed slightly, mumbled a small prayer in Alidashtian and started his slow trot back towards the group. The shadow of the raptor circled him hungrily as if saying it deserved the kill that Munir had gotten.
In 🗡 Roses and Daggers 🎕 → 20 days ago Forum: Casual Roleplay

"Now now Sister Mayet. You surely are not actively hunting the armored scorpions, are you?" Munir called out as he rode closer to the group. Him, with his horse, circled the group which consisted of Mayet, Lord Roman, and an unfamiliar woman that seems to be leading the hunt. Grinning slightly, he reached a hand down and let Nala smell him, trusting the beast to not make his arm a pre-hunt snack.

"I would be very disappointed if you were. They're such majestic creatures, matter of fact, they should be the national symbol of Alidasht, eh, Lord Roman?" He said, offering the large man a small wink.

"So, the hunt. Does anyone know falconry? How are we tracking our prey? Not that the ever-lovely Nala wouldn't be a terrific tracker today..." Munir said, the slight sheen of sweat on his forehead glistened in the sunlight. If one was observant enough, they would spot the modified gauntlets on Munir's left arm. It was beautifully crafted, made of exquisite leather and thin golden threads. "I do wonder what sort of game this country offers... A forest, hm. Probably not many big game... Disappointing..." Munir mumbled slightly, randomly thinking back to the ball and his dance partner.

Just why was a servant girl a part of the selection anyways...
In 🗡 Roses and Daggers 🎕 → 1 mo ago Forum: Casual Roleplay

While he has been away for what seemed an eternity, Munir scanned the newspaper while fiddling with a honeyed fig. The golden honey syrup dripped slowed down the side of the fruit, and landed on one of the cushions that Munir was resting on. With an annoyed "tsk", Munir tried to smear the sweet liquid off the velvet cushion. When his effort failed, he sighed and stood from where he was resting. Tossing the stem of the fig into bowl, Munir straightened himself up and decided his course of action for the day.

Walking by the sanded cages where his pets are kept, he opened a little latch on the top and dropped in some grasshoppers. "Haven't fed you guys in a while, enjoy the hunt and the meal, my beauties..." He whispered towards the cage. Closing the latch, he opened the door and addressed his servant, "Ready my horse and bow, I'm going hunting." The servant nodded quickly and paced off down the corridor. Munir then made his way towards the gathering location of the hunting part.
In 𝘌𝘮𝘣𝘦𝘳 𝘵𝘰 𝘈𝘴𝘩𝘦𝘴 - 𝘈𝘳𝘤 𝘐: 𝘏𝘰𝘶𝘯𝘥 𝘢𝘵 𝘵𝘩𝘦 𝘎𝘢𝘵𝘦𝘴 𝘰𝘧 𝘏𝘦𝘭𝘭 → 2 mos ago Forum: Casual Roleplay

Interactions: Minimal, trying to stay as incognito as possible for now.


As the group arrived at the gates of Goeta, Haron stayed towards the back of the group. The hood of his cloak pulled tight over his head and face in order to conceal his identity as much as possible. Haron remained quiet as the demon Farfa introduced himself to the guards at the gate.

At the mention of selling the humans to some sort of highest bidder made, Haron shuddered and cowered away further. He listened to the rest of the group banter about, not having gained access into the town yet.

The rain sure was coming down hard, thank goodness he has his cloak so he can stay as dry as possible in these god-awful conditions.
In 𝘌𝘮𝘣𝘦𝘳 𝘵𝘰 𝘈𝘴𝘩𝘦𝘴 - 𝘈𝘳𝘤 𝘐: 𝘏𝘰𝘶𝘯𝘥 𝘢𝘵 𝘵𝘩𝘦 𝘎𝘢𝘵𝘦𝘴 𝘰𝘧 𝘏𝘦𝘭𝘭 → 2 mos ago Forum: Casual Roleplay
Haron Cosmi

The night had carried on. Dancing, flirting, touching, whispering. All the things Munir enjoy doing on a regular basis. Oh and of course imbibing in the myriad of cocktails available to them. Sure, Munir was used to drinking but it was never with this sort of abandon. Many glasses of wine, champagne, and more wine were consumed. However, there was just one slightly green drink. Just one Noble's Venom.

At first, Munir felt overwhelmingly energized. Like he wanted and could run from where he was all the way back to Alidasht just to catch the sunrise. The sweetness of the drink seemed to fill him with vigor. With Callum and Anastasia, he ran, danced, joked around. It seemed like the party would never end.

But of course it does. And End it did.

First, Munir felt extremely fatigued. More than he has ever felt. He chalked it up to the day finally catching up with him. He was at the ball, then only had the briefest respite before he was roused and made his way to this party. All the drinking, and moving about, surely did not help. But this was a fatigue unlike any other. He looked around the party, and everything seemed to spin. Callum was nowhere to be found, neither was Anastasia for the moment. Just where was he, even? He breathed in deep and exhaled, trying his best to maintain his composure. He tried to seek out a glass of water in the hopes of washing away the nauseating taste in his mouth, but alas no luck. He walked on what he thought were steady steps but in reality was nothing more than quaking knees. His footsteps were so unsteady at this point and simply crashed against a wall and slumped down into a stool.

Then the nightmares really began.

Munir could vaguely make out the shape of another person next to him but his mind was too clouded at this point to care. All he heard, and saw, were the pointed fingers and sharp tongues of the Alidashtian people.

"Look at him? Such a lecherous little beast. Ungraceful, inelegant. Him? A future ruler? I'd rather be face-down in a ditch in the Street of Sisters than be ruled by him. Why can't he be more like his brother Amir? Regal, powerful, becoming. Instead, we're left with this heap of shit. This heap of wine-loving, woman-wasting, good-for-nothing shit. Good Gods where did the sultan go wrong? All his years of rule and just service and he gets this. So sad. He would never be good enough. All the women he has been with? Ha. He was never man enough to satisfy them. All the boasting he does is just to boost his ego. Is he even a man? He simply will never be good enough for anything. He is the epitome of disappointment. His father only tolerates him. He doesn't love him, so I've heard. He just isn't good enough."

Everything Munir had consumed welled back up. He dry-heaved a few times. He tried to forcibly choke down the feeling of vomit. But in the end, he was weak, just like they all said he was. He had enough wherewithal to turn away from the human figure next to him and expelled the contents of his stomach. An acrid mix of wine, ale, bits of food, stomach acid, bile and whatever remnants of the Noble's Venom all came rushing back out. The stream of that awful mixture was quite steady for a moment. It was as if his body rebelled and took control. It was not until his stomach had emptied itself of its contents did he stop.

Munir took a few deep breathes, and the aftertaste was not any better. He heaved slightly before slinking down for a moment. That moment was all he need to gather his mind enough to have all the things he saw and heard come back and hit him like a caravan of camels. It broke him. Through the exhaustion and tears, he simply leaned to his left and started sobbing...

The person, as Munir would discover, was Anastasia. Not that it mattered to him in this moment...