STATUS: Wish MSG3 Snake Eater was on Steam and MSG4. 37 min ago

37 min ago
Current Wish MSG3 Snake Eater was on Steam and MSG4.
1 like
5 days ago
Kept you waiting, huh?
6 days ago
Nier Automata RP?
7 days ago
Anyways don't care
7 days ago
What Rotten Luck!

In My Oc's and updating → 6 days ago Forum: Character Sheets
16:

Another one based on Raiden From MGR (Nier Automata, gave me an idea and great game btw)

Name: Maxi Angel Jones.
Code Name: Azrael by US marines and by his best friend. A8 by his peers
Nickname: Angel of Death
Age: unknown
Likes: VR training, being organised, keeping on top of things.
Dislikes: people, confrontation, missions without stealth.
Personality: Cold and Dark
Abilities: Similar to Zephr's, but can summon a hollow gram where he can see the faces of his peers and communicate real time with movements.
Weapons: Virtuous Contract and Engine Blade. No pods.
Other: He was kidnapped by one of the Yorha Units to be turned into an android like them after being weakened by one.

Bio: Maxi was the last human to be born on earth in the year 11926. When he was younger his parents got killed by a few thugs and this is what made him go to the military. When he signed up, he knew exactly what he was getting into. He started as a child soldier, and under the tuition of Snake, who then became his adoptive father. Instead of working together with US marines, he was given direct order's from the Colonel to go a series of stealth missions. He also used VR training to hone his skills. His adoptive father's partner, Amelia Emmerich assisted him in missions, in which he completed, in quiet a success. Knowledge of guns also helped him as well. When the year, 11945 came around, he was sent to a country on earth where other worldly invaders were in a war with YorHA androids as well as the resistance. The communications were cut off so he can never get help from his adoptive father or Amelia. He did his best to stay hidden, quiet and used his skills against androids. But it was no use, as the machines and YorHA Units were stronger. He tried using guns, and also making them faint as well. None worked out. As he was occupied fending for himself, a female YorHA android hugged him, and used her pod to shoot him. He lost the battle. As the light in his eyes faded, he then regained the light back, but was completltly different. His body was new, and had some traces of humanity left in him. However, his human buddies assumed him dead, held a funeral for him. But his adoptive father refused to believe that. His orders came from Commander White, who was his new master and was teamed with 2B and 9S but, assumed to work alone and went off his way. Commander White hated his arrogance, but let him do as he wish and should he get hurt, it's on him.
Whilst under the command of Commander White, he took on assignment and excelled at them with such ferocity and speed. He showed no mercy to those who were evil and cannot be understood. However, he felt sympathetic towards innocent robots and androids a like. He is cursed and is to live on forever like this. 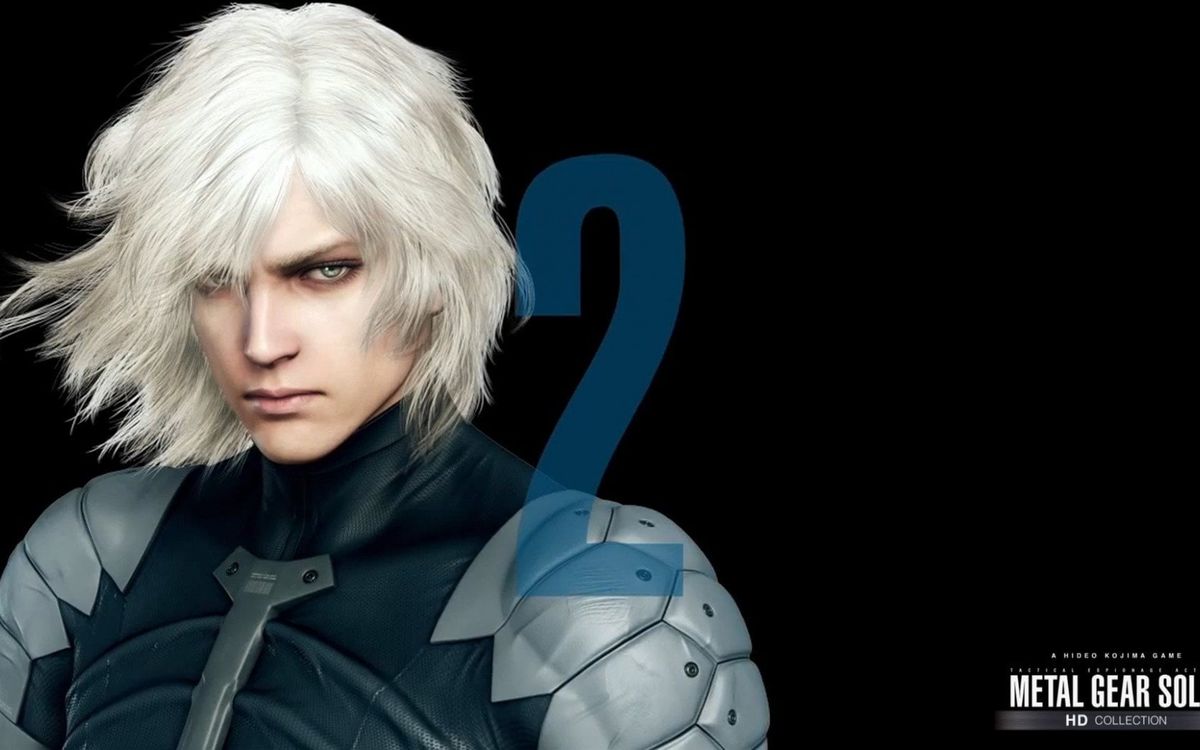 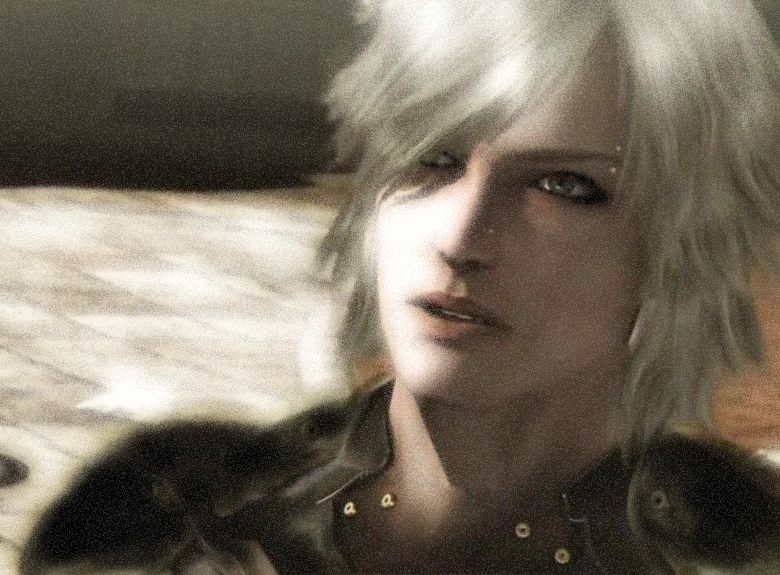 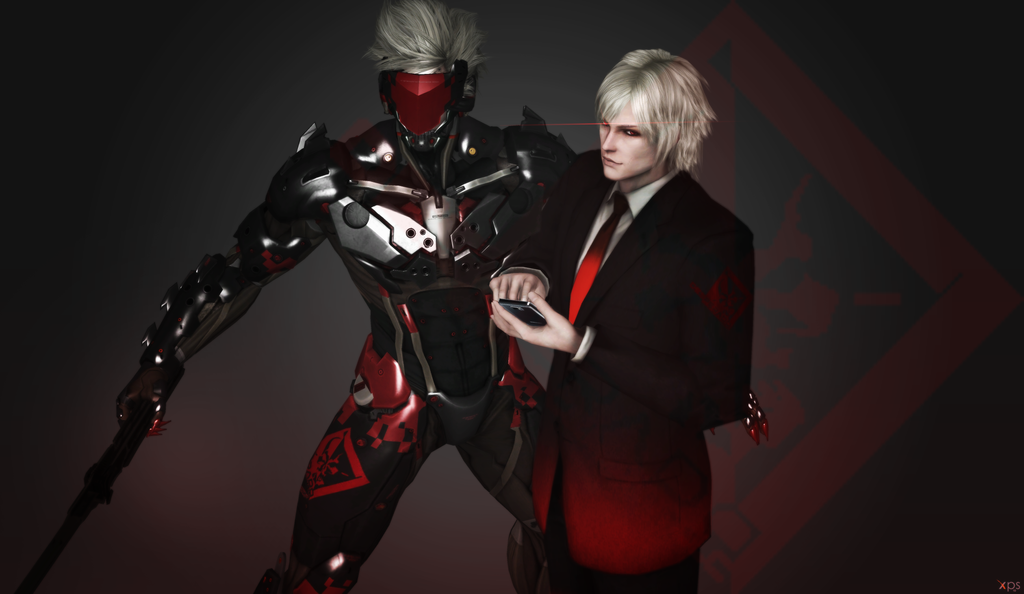 Hey, I was reading and was reading posts to prepare myself for my next reply. I got really confused on which characters to react to, to be fair, I didn't realise the first group was at the hotel.
In Onryo Hunters - A ghost-battling magical girl/boy RP → 1 mo ago Forum: Casual Roleplay
Xiahou Chong

Xiahou Chong yawned as he felt like it. He heard the commotion outside and turned around to watch from the window. He looked at the other hunters who are in battle with another onryo. He exited his hotel room made his way to where his fellow hunter's were. "Oh yeah baby, that is what I am talking about, brother." The Tsukumogami commented in excitement "Hey why don't you transform and help your fellows?" The Tsukumogami asked.

"I'm not your brother" Xiahou Chong responded and transformed dashed in front of the onryo. He turned his head to the fellow hunters "Allow me to help" he then faced the Yuki Onna and used the Tsukumogami to restrain her arms and legs so she wouldn't even dare move.

"This is easy" The Tsukumogami laughed.

"Now everyone, lets end her" He commanded as if Xiahou Chong was a charismatic leader. His flair and determination shot sky high about wanting to work with the other hunters.
In Onryo Hunters - A ghost-battling magical girl/boy RP → 2 mos ago Forum: Casual Roleplay

@Ice Reaver While I like how you established Xiahou Chong's fighting style, would you be able to interact with us a bit more? I did say in the rules to be involved and interact, hunters are going to have to work together for this after all.

Ahh yes that rule I forgot. I'll do that on the next post.
In Onryo Hunters - A ghost-battling magical girl/boy RP → 2 mos ago Forum: Casual Roleplay

The onryo stopped in front Xiahou Chong as he apprehended them. He smiled. His smile. Behind his smiled lurked either benevolence or ruthlessness. The onryo couldn't tell as they were that stupid, or they didn't understand. Either way, Xiahou Chong's job was to eradicate them. One of the onryo who had a grudge against handsome guys, stepped forward. She had a broken neck, and because of this her head tilted to one side. There were rashes and bruises on her neck, face arms and even legs. Her hair draped and covered on part of her face. She wore a dirty and tattered kimono.

"Piss easy." The Tsukumogami commented and had a menacing smile on her face. He raised his left hand and shot out a cloth, from under his wrist, to cover the onryo who was foolish to step forward. "Burn" He commanded. The cloth that covered the onryo became tight and suffocated her. As she struggled it became more tight just like an anaconda that tightens it self around a prey before being devoured. The cloth then ignited. Fire travelled through the cloth and reached the onryo. She screamed as she burned cursing him and his future generation. He thought that nothing more than a hate crime to get back a handsome people. The Tsukumogami looked at Xiahou Chong and spoke "That bitch deserved no mercy. She controlled her exes' and couldn't retain them. She even threatened to murder their parents when the males decided to break up with her. She fell into a well, broke her neck in the process. And this explains her appearance.

The others that watched begged for his mercy as they were weaker. The surrendered to him and he accepted. "In order for mankind to know peace, you should stop what you are doing and assist those in need. Especially when they are caught in the wrong place, at the wrong time." He smiled and decided to walk away as the matter has been resolved. His outfit changed backed to a suit.

"We just got back from China and had to deal with this bullshit" the Tsukumogami said and put an angry face on. "It's our job to ensure that the people are safe and away from harm's reach." He walked back to his hotel room and awaited more Onryo.

"Aren't you gonna see ya mother?" The Tsukumogami asked. "Not yet. I sense more onryo. We have to deal with them before we leave" Xiahou Chong said as he waited patiently.
In Onryo Hunters - A ghost-battling magical girl/boy RP → 2 mos ago Forum: Casual Roleplay
@Crimson Flame

I have gimp too, but I use it to make wallpapers lol
In Onryo Hunters - A ghost-battling magical girl/boy RP → 2 mos ago Forum: Casual Roleplay
Okay OFF TOPIC

How do you guys come up with the crazy fonts for your character's names?