In Sensation & Wonder: An Absolute Comics Roleplay [DC & Marvel One Universe Style Game] → 2 mos ago Forum: Casual Roleplay
@Kaggs, you got anything coming..?

On news totally unrelated to the two new Hulk apps, I have been kicked from the Avengers 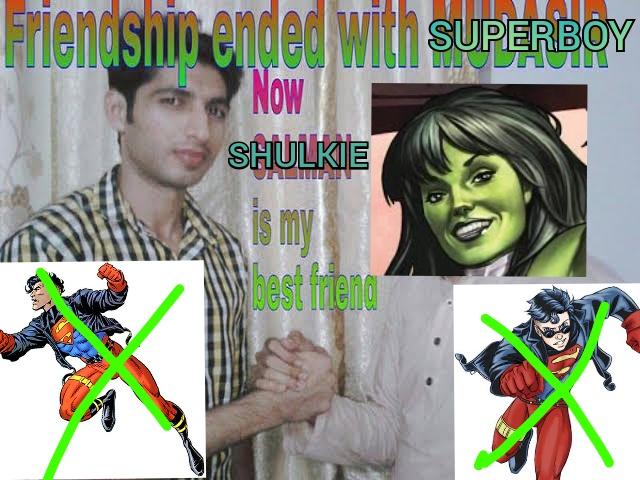 The Autobiography of @Hound55: My Life As a Mass-Hallucination...
In Sensation & Wonder: An Absolute Comics Roleplay [DC & Marvel One Universe Style Game] → 2 mos ago Forum: Casual Roleplay 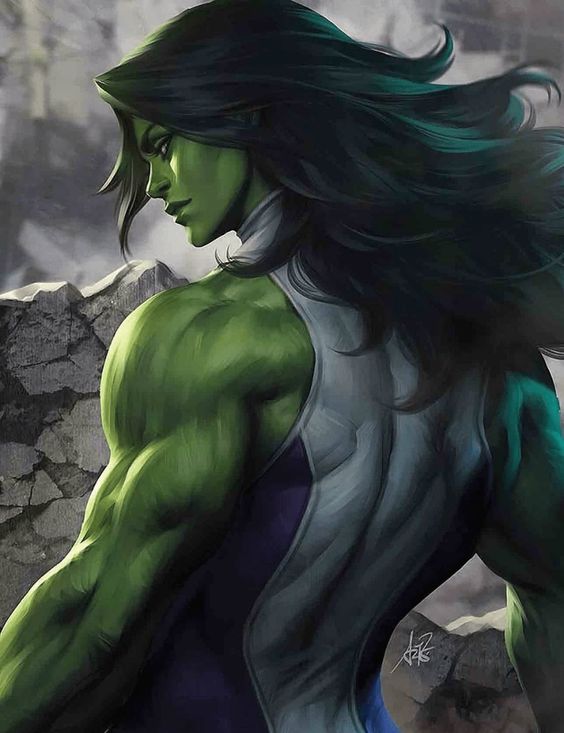 Jennifer Sue Walters ♦ Avenger/Lawyer ♦ New York/Avengers HQ
C H A R A C T E R C O N C E P T:
"Stop calling me Jen! It's She-Hulk now! The Sensational She-Hulk! Famous Hero and Avenger! Also stop looking at me like that I'm here to help not smash!"
Jennifer grew up in the city of Lose Angeles, California, with her parents Morris Walters and Elaine Banner Walters. In her childhood she was very close with her cousin Bruce and would practically spend all of her free time with him, she recalls those moments where they would just sit and read with each other or go out and get a snack with great nostalgia. From a young age she had an interest in law, partly inspired by her father who was had a long and successful career in law enforcement. However she was torn, on the one hand she would have liked to follow in her fathers footsteps but on the other she also had dreams of being a dancer. After long talks with her parents they settled that they could compromise and really focus on pursuing law while keeping dancing as a hobby.

After the passing of her mother in a car accident, Jennifer found herself growing even closer to both her father and her cousin Bruce, pretty much relying on them to keep her stable in times of grief. Jennifer initially attended university at UCLA where she studied and graduated in Law. Unfortunately, not long after starting her career in Law she took on a client that was planning on snitching on his own gang in hopes of getting a favorable deal with the court. This led to Jennifer getting shot by another member of this clients gang who wanted to stop the hearings by any means. If it was not for the intervention by her cousin Bruce via a blood transfusion Jennifer likely would have died. In fact if it was just any regular blood transfusion she still might not have survived... But this was no regular blood transfusion, Bruce's gamma radiated blood was now pumped through Jennifer's body just as it did his and as a result, She-Hulk was born.

Initially it was a lot to get used to. Luckily she had her cousin and her father to support and guide her still. Bruce was of particularly good at guiding Jennifer in getting used to her knew transformation as She-Hulk, utilizing his experience as the Hulk to train her in how to handle this newfound power. Jennifer would first take up crime fighting as a local stint, however eventually she would go on to join up with the Avengers and had been a loyal and present member ever since. She likes to think of herself as being a 'staple' of the Avengers team and takes great pride in the work they do. As well as the privilege's that the position affords...
P L O T ( S ) & G O A L ( S ):
I have always enjoyed She-Hulk, but after reading Dan Slott's run with her I found myself growing a real soft spot for the character. Although I don't really plan to get 'meta' at all in any moment throughout the RP like that run did, I will likely take some of my characterization from that run, especially that part where she is very reluctant and embarrassed to just be Jennifer Walters. This She-Hulk thinks of herself as She-Hulk first and foremost and through the story hopefully will come to terms with being Jennifer Walters. Down the line I also have plans of potentially having to struggle with a lurking but growing 'savage' side, perhaps making it like her grey hulk form to clearly distinguish between her usual green self.

The plan is for She-Hulk to be another roaming character. I would like her to be a reliable and regular member of the Avengers, perhaps even a founding member of the team or someone who joined near it's onset. She is likely overly interested in jumping on any possible Avengers mission so that she can do as much good as possible. Also she could support the Avengers in any legal disputes they may run into and be a bit of a paperwork machine. Also if the player of Brawn is interested she could also keep her eye on his exploits as a sort of big sister figure.
C H A R A C T E R N O T E S:
- Jennifer pretty much never returns to her regular form. In fact she hates it and only does so extremely unwillingly, more likely on accident than not in fact.

- She is very defensive and protective of her cousin Bruce and other gamma irradiated individuals.

- Has little to no experience with her 'savage' She-Hulk form which is indeed present. In fact she may not even be aware that is exists, which may make its growing influence more dangerous.

- Although coming across as hot headed and enthusiastic about things she is also rather shy and easily embarrassed. Also extremely self conscious.
P O S T C A T A L O G:
- Empty Again

Welcome to Sensation & Wonder! I'm currently looking for a couple of guys to help run the RP and otherwise am here to answer questions and any concerns you might have. Just to reiterate, there will be no character acceptances until July 31st to ensure everyone has ample time and opportunity to apply for their desired character and come up with any plots they want to run.

Just to confirm... that was July 31st Australian time, right..?

Soooo... three hours time..?
In Sensation & Wonder: An Absolute Comics Roleplay [DC & Marvel One Universe Style Game] → 2 mos ago Forum: Casual Roleplay
Scene from the first Crisis as all of the Character sheets pivot to the magical/supernatural:

Where do you make these banners?

And I keep telling you to stop calling @DocTachyon that...
In Sensation & Wonder: An Absolute Comics Roleplay [DC & Marvel One Universe Style Game] → 2 mos ago Forum: Casual Roleplay

Are details in character sheets, none of which having been accepted yet, set in stone? I can't even find the sheets you're referring to, which I think is undeserving of claiming I'm "snubbing" anything.

In the Characters tab - there's 4 posts. One is devoted to the JL, one to the Avengers.

They're not character sheets pending approval, they're broad outlines of each team's concept (kept deliberately vague so that further details can be "filled in" in the IC as we go, and to allow room for creativity in character applications)
In Sensation & Wonder: An Absolute Comics Roleplay [DC & Marvel One Universe Style Game] → 2 mos ago Forum: Casual Roleplay

MORE DISCUSSION: What character interpretation are you most excited to see?

No matter how many @Master Bruce Batman apps I see, I still get that hopeful little jolt. And with this game's parameters potentially holding his feet to the flame with collaboration, I'm hoping this is the time that faith gets rewarded.
In Sensation & Wonder: An Absolute Comics Roleplay [DC & Marvel One Universe Style Game] → 2 mos ago Forum: Casual Roleplay

Maybe we need a fictional history for each org.

My idea is like... Avengers were formed as an unofficial alliance of Allied superheroes in WWII. Later grandfathered into SHIELD following the formation of the United Nations.

The Justice League was originally the Justice Society of America, and was also formed after WWII by the likes of Alan Scott, Jay Garrick, Carter Hall, etc. Membership changes and bankrolling from Wayne changed it from basically a drinking club for veteran superheroes into the global defense alliance it is today as the Justice League.