"Frenchie, this is crazy! These are not street thugs, these are real capes and cowls, gods and monsters, superpowered villains!"

The line the sniper had been waiting on. The line that always gave way to checkmate, no matter when it was used. If he were in any kind of mood to revel in it, he might even smile as it drifted across the battlelines.

"Marc... Steven... Jake... I hardly think you're in a position to identify what counts as crazy. Oui?"

Of course he was right, but that was besides the point.

"And we've dealt with our share of Gods and monsters often enough already. Au jour le jour, no?"

He started the rotors on the Mooncopter.

Within an hour it would be torn to shreds around him, at HIS hands. Simon Maddicks. The Killer Shrike.

"This is our quotidienne..." 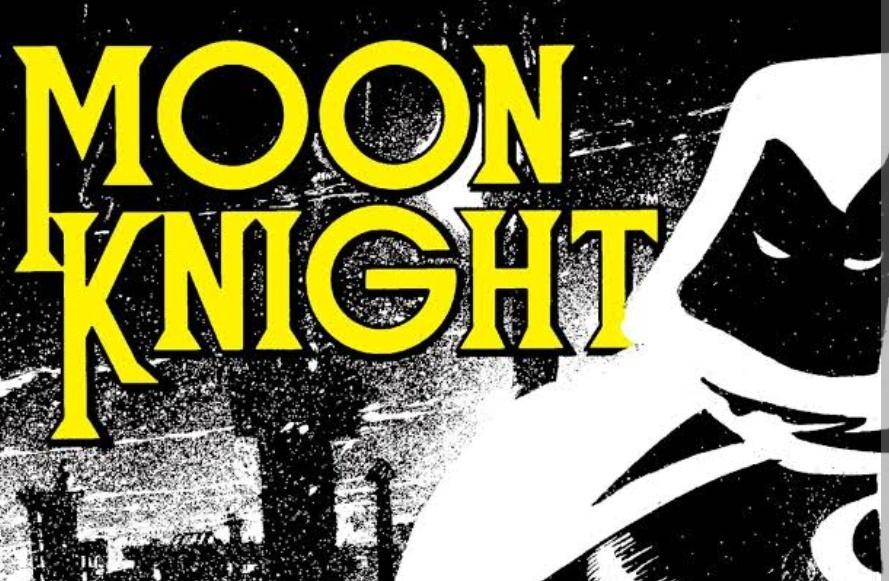 It still hurt. From below the knee. The pain where there was nowhere to feel pain. The phantom limb. Just like the pain he still felt even though Marc was long gone.

"C'mon! Harder old man! I know you still have more in you than that!" 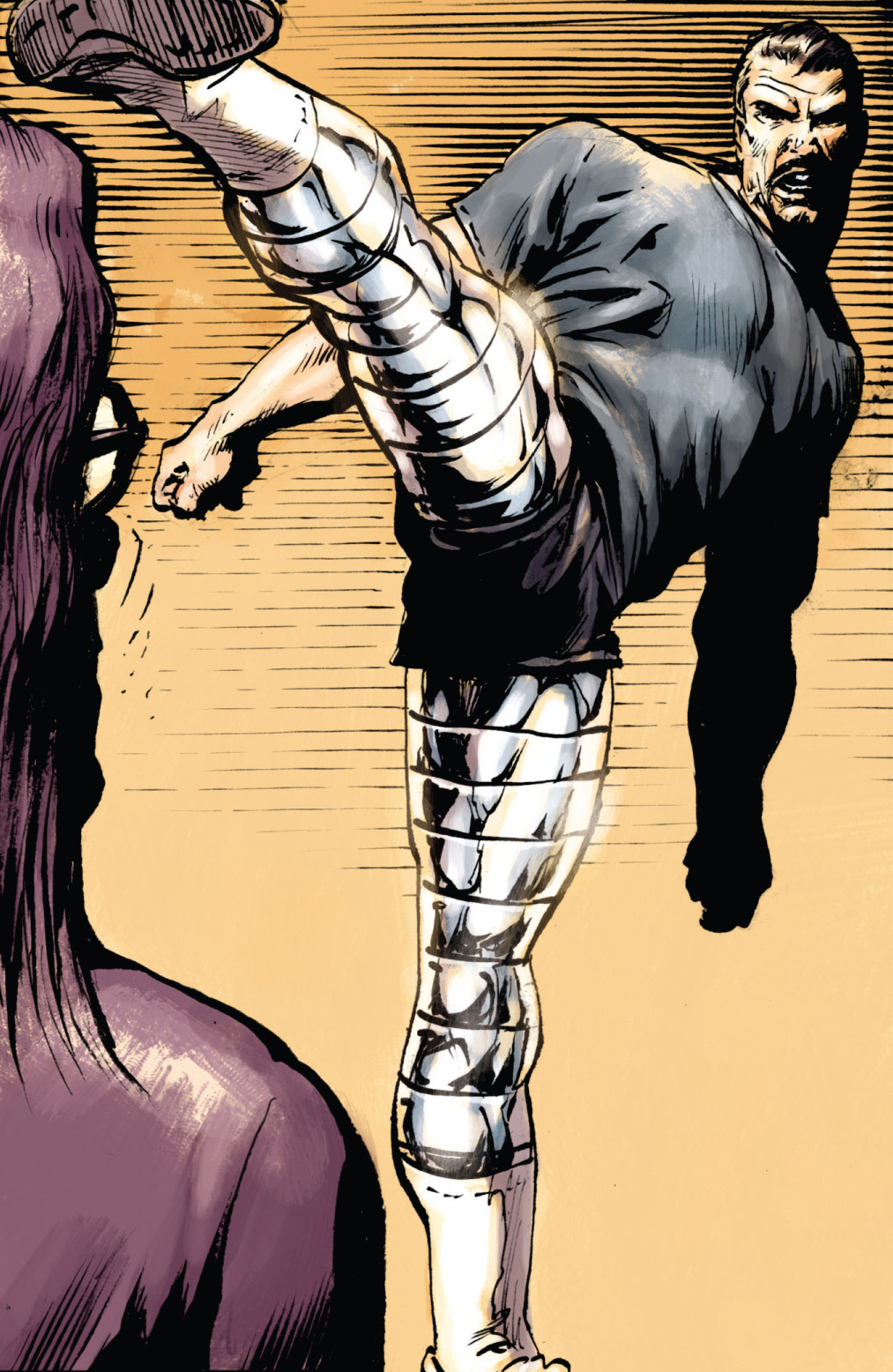 Jean Paul emphatically through a whirling heel kick at the heavy bag. Stopping just before he hit it, with exquisite control.

"I think... it is enough for today. If for no other reason than because I might be tempted to show you just how much remains in this old man. And I would hate to ruin such a pretty young face."

It hurt. He was still thinking of Marc. Of the Killer Shrike. Of what was taken from him. Quick to distract to mask the hurt. The loss.

"Sweatheart, no. We work tonight, and I'd hate to have to try and explain the bruising. Telling the customers of our fine establishment you dropped a tray of h'ors d'oevres, I suspect."

Jean Paul sat on a low bench and rubbed at the prosthetics.

"Is it still hurting? Because--"

"I know. I KNOW. I'm aware. Je suis consient! I know all of this. You're talking about things conceptually that I know and have to deal with daily. No old man. No mothering. Find a happy middle ground, Rob."

"Oh God, I'm mansplaining your injuries to you!"

"I... guess..? Is that even a thing in our current relationship situation?" Jean Paul had not been 'out' as long as Rob and was far less comfortable navigating the social waters. When he was younger the lifestyle was taboo, Rob was of a younger time, a time where he could be far more comfortable in his skin.

"It is patronising though. But understandable. You are a personal trainer after all, I'm sure you have to be like this with a lot of your clientele. And I'm sure that for a lot of them it's helpful. But you're not telling me anything new. It is... a lot."

Rob squeezed his shoulders from behind. He sensed words probably weren't going to help how Jean Paul felt right now. Silence gestures could do more.

"And it's not 'injuries'. Injuries heal. My legs aren't coming back. This isn't about finding a way to build back strength as they mend."

"It's about finding a way to keep moving forwards. To keep taking steps without them. And I have. And I can."

"And you've helped with that. But the pain that still lingers. The ghosts. Some days they are just more difficult than others."

"I can walk, I can run, I can kick. But that pain some days will still irritate and nag like--"

"Ha!" Now it was the frenchman's turn to laugh.

"More than most, it's the man without legs who know the importance of balance." Rob said.

"Yes, I'm sure Sartre said it." Rob smirked. "No. It couldn't have been. Because if it was Sartre I'm almost certain it would have been you saying it to me."

Jean Paul threw a towel at the younger man's face who easily sidestepped it and laughed.

"The thing about the balance is it's not year-to-year. It's day-to-day. Minute-to-minute. And with THAT you help."

"Bouffon, imbécile, idiot..." Rob said, immitating the older man's deep french accent. "Why, whatever could these words mean?" He laughed.

The older man threw an arm around him. Enough words. And the pair made their way to the locker room, to get changed for the dinner shift.
In DC Comics Roleplay: Fall of Justice → 8 days ago Forum: Advanced Roleplay

Me and the missus now own a house.

Congratulations on your new debt, obligation and chores.
In Age of Marvels - A Marvel Comics Roleplay → 12 days ago Forum: Advanced Roleplay
Alright, next call is for getting another Frenchie post up. Give it a crack tomorrow.
In DC Comics Roleplay: Fall of Justice → 12 days ago Forum: Advanced Roleplay
There'd been violence on the corner of McLaughlin and Gill for some weeks now. A turf dispute had been coming to a head. Threats gave way briefly to knives, and knives quickly to sidearms. There was even a stream of bullet holes in the building which gave proof to the odd TEC-9 drive-by.

This corner had changed hands 4 times over the course of the last six months, it didn't see enough profit for Intergang to find it worth their while, and the power vacuum saw numerous gangs scrapping over it. The groups a corner was worth the blood spilled for it.

That was how the half dozen young cornerboys found themselves outmanned and outgunned two streets over from where they were supposed to be. A shortcut home with their boys which could cut their lives short.

A corner between rival ever-sliding borders.

When the smoke cleared a figure standing barely over five feet remained. His silence disquietening. A bright red and yellow sunburst outfit making it clear he had no intention of hiding. His face a hyperconfident smirk, that implied he was in complete control.

The one who'd been ebbing away at the fringes of the Empire City crime scene. A walking myth. Unrecognisable in appearance because the ego of everyone who'd encountered him had exaggerated his size a good foot and a half. The Tiger. The Judomaster.

It was enough to throw a man off balance. 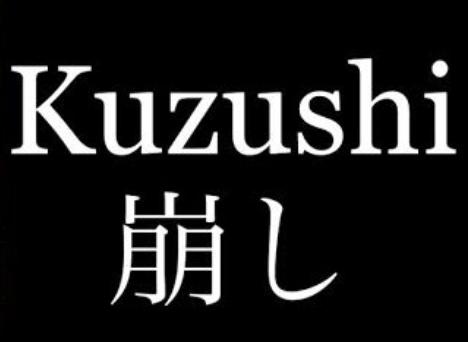 Pax Estate, 25 miles on the outskirts of Calvin City

Christopher Smith adjusted the scope, eyeballing his target as he screwed it tighter, brow creased in consideration.

He'd been gifted the premises by Ted Kord, once he'd got on his feet. Kord bought up large chunks of real estate in Ivy City's sister city as he re-built his company-cum-empire from the ground up. He'd found it cheap to develop and with the major college campuses in the region could headhunt a high-quality employee engineer base, offering them nearby work after graduation in a place with promise.

He'd suggested this place as a slice of peace, far away from the noise of his fellow man and it had proven true.

Plenty of acreage for his own personal "hobbies" as well.

As Chris found few things more peaceful than a place of his own, other than the freedom to blow a sizable chunk out of that place with no complaints to be heard after the ears stop ringing.

Chris checks the accuracy of the newly fitted scope, peering down the barrel. Winced and gave it another quarter turn.

He smiled now, happier with how the scope seemed to align, peering back down the barrel.

Birds twittered in the treelines behind his shoulder. Katydids echo with their own droning song of choice.

...as Christopher Smith's jetpack erupted with it's own cacophony, launching him into the sky! A singular crack from his rifle and a coloured lump plummets from the sky. In stark contrast to the white bird emblazoned on his chest. With another few well timed bursts from the jetpack, Chris touches down where the mass fell to earth, and bending over he picks it up by its talons.

He slung the bird over his shoulder and headed back to the homestead. He hears a rustle to his right and swings the rifle over on his hip in it's direction.

A turkey buzzard. Cleaning up the carcass of a dead squirrel.

Chris smiles a toothy grin, remembering something his father called them when he was younger.

He said the Cherokee Indians used to call them "peace eagles". They refused to kill and only ate already dead carrion. Cleaning it up before other species not as well equipped could feast upon it and spread disease.

Of course, when his father had said that, he'd described the buzzards in more favourable terms than the Cherokee... but he was remembering the fact more than anything at present. And the fact made him smile.

The buzzard awkwardly staggered in it's unwieldy way over to it's less than fresh meal and set to the task at hand.

Sarge Steel sifted through his paperwork, in frustration his one flesh hand combed through his hair from front to back. He was reacquaininting himself with key briefs before he was to be brought to testify in court over a case involving a B and E from a few months back. Dotting "I"s and crossing "T"s, but also waiting for...

And here he was.

"Preliminary files, a basic rundown on what was public knowledge about each of them. Manilla folder, on top of the cabinet over there." Steel didn't raise his eyes to meet the newcomer. He didn't need to. His voice had made enough of an impression from the moment they'd first met.

King Faraday. Intelligence officer who'd gotten him this job in return for a steady stream. Probably saved him years in re-enlistment and experience re-climbing the ladder to detective. Truth be told if it weren't for the man he'd have probably just gone for his P.I.'s licence and spent his time chasing around philanderers and doing legwork for scumbag lawyers or bounty work. So he owed the man. Even if he was loathe to admit owing anybody anything.

As far as Steel was concerned he didn't owe anyone anything, this foreign world owed him his life back. The one that was stolen from him.

Even if that life was little more than a studio apartment, a tv, a soundsystem and a full liquor cabinet.

That liquor cabinet had a 3/4 full bottle of Jim Beam and that Jim Beam was HIS, goddamn it.

"Public knowledge..." He could tell Faraday was wincing like he'd dropped a deuce in his lap just from his cadence.

"Look, we did you a big favour, we're going to be looking for a lot more than just..."

"Public Knowledge from their world. I just saved you months of work, and I've had to split my time between that and establishing myself here."

"Alright. Fair enough. Just understand that over time we're going to expect a lot more. What's that you're working on there?"

"Unrelated reading. Going over a brief. I have court after lunch."

Kingsley Faraday grunted. Not liking that his investment's time was being split by unrelated work from what he wanted.

"Hey, this work's the leverage you had over me to get what you've got to start with. You're getting greedy. Give it time."

King went back to flipping through the threadbare contents of the manilla folder.

"So... Personal opinion. Do you think these guys are dangerous?"

Sarge Steel grunted. Before finally raising his line of sight to meet the man who'd been asking so much of him.

"Stole my entire life from me. The most powerful presences of their own world. Can push back against the press of armageddon and can transport themselves and others to an entirely different dimensional reality."