A Relic of the Past 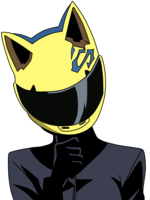 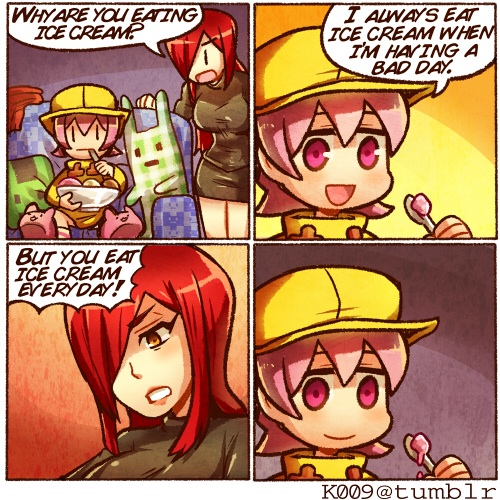 As Vera charged forward, a hand emerged from the robe. Spindly fingers ending in black talons made an arcane gesture and a shadow-cloaked blade fired towards where the elf had just been standing, splitting the trunk of a sapling in two. It seemed her initiative had caught her opponent off guard, and in a flash she closed the distance. Her fist found its mark and shattered the mask, revealing the avian features of the harpy beneath. The harpy staggered in surprise, then with a beat of her wings leapt back several feet.

Faster than I thought, The voice was quiet, but came from all around her. But that's okay, you don't need to die just yet.
...

"Wait! You don't know what's out there!" Kiska called behind them, her concerned voice fading as the three initiates disappeared into the halls of the manor.

The magic of the paper dog gently tugged Sheri in the same direction Vera had gone. Guards that had been stationed in the hall gave little thought to the initiate as they rushed to Astor's study. As she rounded the corner the garden opened up before her, but the foliage was not dense enough to hide the object of her pursuit. She could see Vera, the harpy and the downed guard through the faint distortion of the silence spell that surrounded them. Curiously enough, the dog was drawing her to the guard rather than the cloaked figure.

Vera's assailant didn't seem to note her arrival, and as Mathias and Petra arrived in the garden behind her the harpy began to cast another spell. Spectral blades rose around her, two assuming defensive positions and the third launching towards Vera.

Blood spurted from the elf's neck, coating the table with a fresh red sheen. The second elf when for his blade, likely faster than Sera had given him credit for, but not fast enough as her blade sunk into his side beneath the breastplate. He staggered back, the frost sapping the strength from his limbs. In one hand he held a short sword with a shaky grip, the other was open, palm facing the ground where smoke began to gather.
...

The half-orc seemed unfazed. He drew a curved sabre from beneath his cloak and, in a single motion, shattered the frozen projectiles. To either side of him, the goblins were pierced by Vela's magic and collapsed. His eyes darted to the two beside Vela who had yet to move, and he reevaluated his odds.

"From the guild, right?" He took a few wary steps to the side, moving so Vela was between Finn and him. "Everyone likes gold, you take bribes?" His continued to flit back and forth, looking for any movements from the two initiates and one adept. His second hand disappeared into the shadows of his robe.

The tree-blight seemed prepared to continue its rampage. Its towering legs dragged through the earth as it lumbered towards the group, but the enraged Koth hurtled towards its legs with an eruption of fire, stopping it in its tracks. As the dwarf's axe sunk into blight's leg it lodged in place after only a few inches, but as the heat built and Koth continued to push the limits of his magic the axe seared a path through the wood and emerged from the other side.

Burning splinters scattered on the forest floor as Khol rose from the soil where he'd been laying. The battered spectral wolf appeared before the party a final time as the giant-blooded warrior sprung off its back and soared to the top of the blight, coming down with a brutal stroke that sheared away the thinner appendages that acted as the creatures arms, but he didn't escape unscathed as the branches lashed and pierced him on the way down. Half of the tree-blights arms fell to the forest floor, and beside them landed Khol, his body ravaged by wounds once again.

As Tati'yana's magic brought new life to the forest floor, the spirits of the forest hungrily answered her call. As a a full tree grew before the initiates, the lesser blights appeared to be completely extinguished as its quickly spreading roots grappled and crushed them, returning their nutrients to the soil and feeding off of them in much the same way the blight had. Then the tree burst, its magic expended, with enough concusive force to send the weakened tree-blight toppling over. It continued to thrash as it tried to right itself, but now it was finally in the reach of Koth's burning axe.
In The Wayfarer's Guild → 2 mos ago Forum: Casual Roleplay
Alright, so as of now since a lot of people seem to have been busy this week, I'm going to delay my update until this Friday and attempt to right the course.

A guard fell into step behind Vera as she left the study, accompanying her through the halls of the manor. It was a longer building than it was wide, but its layout was intuitive, and after a short walk passing several other guards she found the exit to its west side where another carefully cultivated garden spread out before her. As she moved into the garden to look for clues, the guard who was accompanying her stumbled and then slumped to the ground, unconscious or dead.

"You know, you really shouldn't wander off on your own," the feminine voice came from a figure standing behind her, over six feet tall and obscured by a featureless white mask and a violet cloak that was spread over broad shoulders. "Silence." Magic, the sounds from the street, the birds in the air, everything more than a few feet away became muted and quiet.
...

The paper dog slowly slid through the doorway and continued into the wall, dragging along the edge of the wall vaguely in the direction Vera had gone. Orga's attention followed it, then returned to Mathias, his expression inscrutable.

"Well, as for the guards who were on watch, I'll have them summoned now," he turned to the guard that had escorted the initiates into the study. "Fetch Leun and-" Sparks erupted from the mage's visor, and he collapsed against the table before sliding to the floor. Kiska sprung to Orga's side, her expression shocked. The guards in the room, encircled Astor, raising shields.

"Oh no, oh no, this isn't part of the plan," the gnome lifted her mace. "Angel of Dreams, whose knowledge is of ages passed, cloak us in your guidance so that we will not succumb to harm," everyone who stood in the room felt a graceful presence as the spell washed over them.

"Kiska, what happened?" Astor, for the first time since his introduction, had a note of unease in his voice. As if he hadn't been worried until now.

"I don't know, he's still breathing, something's not right," she shook her head, a glowing hand pressed to Orga's head. "This was just supposed to be a test!"

As the four took their positions around the room that Qantz-Farron's senses had uncovered, Sera made the first move. A million things could have gone wrong slipping through a door into the unknown, but of course she was no stranger to stealth and had likely eliminated many of those possibilities before taking the plunge. On the other side of the door there was a cluttered room, a shelf of food and jugs of what smelled like cheap liquor, on the right a small table covered in dirty wooden plates and mugs. The room was divided by a ragged curtain, and the light of a candle shone through the doorway cut into its surface.

Through that door, one man sat at a table with his back facing Sera and another stood beside him, one foot on a stool as he leaned over the table. They were both some variety of elvish, the seated one wore patchwork leather and had a mace at his side, while the one standing had long knives belted at his side. Knives was in the middle of speaking.

"-split up and hit the streets, he'll have the new instructions for tonight."

"Aye, but what kinda shit is this? You take it?" Mace replied.

"No, I ain't stupid. They're still tweaking the mix down there, when beggars stop dying I might give it a shot."
...

The alley outside the building was shared by several other shoddy structures, most of which opened onto the larger adjacent streets. The floor around those who remained outside the building was strewn with garbage and debris, and a crunch of glass underfoot from deeper within the alley caught their attention. About forty feet from them, three figures were stepping from another structure. The first was a half-orc shrouded in a heavy cloak, and the other two were goblins a few steps behind him. His expression upon seeing the three initiates at the mouth of the alley was shock and anger as he reached into his cloak for a weapon.

For all their numbers, the lesser creatures were proving no match to the skills of the initiates. The radiant nature of Hawks' magic was anathema to the creatures, which fell back before the wave of luminous energy that swept over the downed Khol. As Hawks prepared his healing magic, other blights surged forward to fill the space he'd created. As they lashed out at the dragonborn, bolts of fire took them in the chest and the charging Koth followed, drawing their attention.

From what Koth could see, looking at the larger blight, it had nothing that resembled a face or a core. Its legs were thick, but removing one might impede its mobility? Its lashing arms consisted of only four primary branches that were connected to the trunk but spread out into dozens of sharp appendages. Otherwise, fire would always work.

The healing magic washed through Khol's body, easing the trauma of his wounds and awakening his own powers. As the beast within manifested itself, the power of the other casters seemed to rise. They had all crossed the paths of leylines before, and were no stranger to the sensation. For experienced mages, moving towards and away from leylines felt like being on the beach and wading through the water. They had just gone from ankle deep to knee high.

The roots that the yanaski woman had just animated reacted to Khol's magic as well. As she faded from view, the roots that had been wrapping around the blights to hold them in place squeezed, crushing them beyond recovery. Then, with an increased speed, whipped and lashed into the blights, severing wooden limbs. Just as the yanaski woman recoiled from contact with the blight, so did it recoil from the spirits she had given voice to.

It seemed in an instant the tide had turned in their favor. Between Khol's spectral wolf and Koth's burning magic, the lesser blights were being carved away, and the vines were curling through the ground creating a safe barrier behind which Hawks could support his allies. The number of lesser blights was thinning, but there was still one threat before them.

The tree-blight seemed hesitant in the face of the initiates varied magics. Its appendages creaked and groaned as it lowered them towards the forest floor, almost as if it was wilting, but that illusion didn't last. It's needle like branches stabbed into the lesser blights scattered around its feet. The blights it skewered withered before the initiates eyes, becoming ashen husks, and a sickly green energy coursed through its body. New branches began to grow, its bark hardened and grew thicker. As it lifted its branches once again, husks hanging like like fruit, it whipped the corpses of the lesser blights like stones towards the three it could sense, the spectral wolf, the dwarf and the dragonborn.