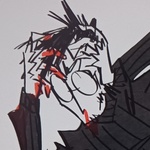 6 hrs ago
Current roleplayerguild.com/posts/5…
9 hrs ago
go play FAITH: The Unholy Trinity right FUCKING now
1 like
10 days ago
Is it cold outside? Is it cold out?
1 mo ago
I DON'T NEED MOOD STABILIZERS I NEED TO GRILL A BURGER
1 like
1 mo ago
Lord help me I'm back on my cowboy bullshit
1 like

In Perf's (Un)creative Roleplay Corner (OPEN) → 6 hrs ago Forum: 1x1 Interest Checks
Hello. I'm finally sticking my face here again, huh? I have a horror roleplay plot that I'm itching to develop seeing that my previous partner went on hiatus. I will say this now to avoid any confusion: what I have in mind is not a romance or smut plot. Friendship? Possibly. But this is not a love story, keep that in mind. My rules and a more in-depth introduction are the first post in the thread. Please read them as well.

Literacy
5+ Lines
Make me write over four paragraphs and I'm gutting you.

Simon Kasowski aged 32 and a retired priest for Lamb's Field Cathedral was found dead in his home yesterday at 11:35 PM. His death was ruled as suicide by overdose by investigators at the scene. It was determined no foul play was involved despite neighbors reporting sounds of a struggle which prompted the initial call for the authorities, who arrived on scene an hour later. It should be noted that Mr. Kasowski had a well-documented history of mental instability stemming from the incident at Lamb's Field Cathedral four years ago.

On December 21st of 1980, Simon Kasowski discovered several hidden passageways between the walls of Lamb's Field Cathedral and found 11-year-old Sarah Barkley, who had been missing for three days after attending Sunday school. Along with Miss Barkley, Mr. Kasowski also found the remains of several animals on what he identified as a "Satanic Alter". The kidnapping and slaughter were found to be the work of Deacon Philip Wicker, who was arrested for battery after entering a physical altercation with Simon Kasowski when police arrived. Wicker was later sent to state prison.

The Lamb's Field Cathedral was quickly condemned and is still abandoned to this day. Mr. Kasowski has been regarded by the community as a local hero despite his reclusive nature, especially by the Barkley Family, who have refused to comment on his passing.


After Simon's body was discovered, he was carted off to the local morgue to be prepared for burial. At least, that was the plan. When the cadaver hit the metal table, it- he sprung up in place. In a flurried panic, he locked himself in a nearby supply closet and began howling nonsensical phrases. Police were contacted to deal with the situation- and that's where your character comes in. Officer, mortician, EMT, or whatever else, you have to calm down the man currently screaming in the closet and get some answers before the press finds out.
In Perf's Artistic Menagerie → 9 hrs ago Forum: The Gallery

furry garbage
In coming out of "retirement" → 1 mo ago Forum: Introduce Yourself
Howdy, welcome to the hellsite.
In Perf's Artistic Menagerie → 2 mos ago Forum: The Gallery
ok im done posting furry garbage

In Perf's Artistic Menagerie → 2 mos ago Forum: The Gallery

Haha nice. I have a realistic FC for a few of the characters I have in mind (still havent made a decision yet), but I also do enjoy drawing them myself
In Relief, Houston - A High Tech Low Life Cyberpunk Story → 2 mos ago Forum: Casual Roleplay
Neat. I'll be writing up my sheet in the next few days (very busy with moving atm)
[i]Angels, demons...what's the difference?[/i]
<div style="white-space:pre-wrap;"><span class="bb-i">Angels, demons...what's the difference?</span></div>
© 2007-2017
BBCode Cheatsheet