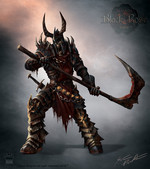 Yes, I meant June. My phone autocorrected it to January. Sorry, I will fix that.

On a sarcastic note, Yes, I will be gone for almost a whole year. Have fun guys! joking, joking...

Though with all seriousness. I might not have much time in the next 2 to 3 weeks.

It’s all good, just make sure everything goes well as you move! That’s what’s most important! Then you can come back once your in your comfy new home! We can survive during that time.
In Behavioral Analysis Unit: What's to come → 1 mo ago Forum: Casual Roleplay

I'm moving out of my place and into something new, during this time and will probably not be fully packed up, moved, and unpacked till the end of the first week of January. I will get a reply up in the next few days, but I don't know when I will be able to reply after that.

Darin would look over at Ray's work and what he was finding. PTSD, not a fun subject for anyone involved. Darin was thinking the same thing about it, how mixed with other mental illnesses or events causing dangerous situations. However that alone wasn't anything to go off and diving into. As much as he hated to admit it, it seems they would have to wait for more information from the rest of the team. He let out a sigh as he would take his stress ball and begin squeezing it periodically. "I guess so. I'll let you continue your work, I'll try to think of something to help in the meantime." It sucked that he was essentially useless here, but this was what he had to work with so he may as well try to make the best of it. Darin closed his eyes and tried to think on the case at hand and all its components. There had to be something he could put together while he was here.

Darin would listen to Ray as he recounted what he should start searching for. A good starting point he figured. "Yeah that sounds like a good place to start. Maybe tighten your search to include families with those in the military. This unsub attacked on Memorial day Weekend for a reason. So the military is involved in this unsubs personal life, whether they lost someone who was serving or once served themselves, something about widowed women with husbands who were in the military set this guy off." Darin added. He figured that it would be important to keep in mind that whatever the connection was, there was one between the unsub and the military and maybe finding that connection could help them catch this unsub before they can hurt anyone else in mourning.

He continued to try and think on this, maybe the unsub lost their father to the military and their mother shut down afteer that, no longer caring for their children? Maybe the unsub was in the military and while on deployment their family was harmed back home? Until more evidence came in, he couldn't confirm any of these thoughts and that bugged him. He wanted to be useful, and maybe if he could prove he could hold his own on this case, maybe he could keep his job when the others all got back! Though a somewhat greedy way of thinking, it somewhat motivated him to get into high gear and really begin thinking more on what everything in this case pointed too. And so once more, he looked to the case file and looked over each detail of the case and the bodies of the two women so he could maybe find something else to lead to another clue or idea.