Someone who can't spell Dutchguy 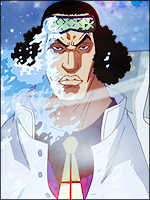 Choose why is it there:

A) The dragon loves baking
B) Some adventurer brought his snack along
C) It's there to slay the dragon
D) The dragon kidnapped it because it's actually the princess of all muffins
E) It and the dragon are adopted siblings and roommates
F) It is the dragon's "roommate"
In Digimon: After the Convergence → 1 mo ago Forum: Casual Roleplay
Despite their best efforts Hajime and Ken couldn't actually catch up to Herald, but finding him tied up to the lamp post was still relatively easy. As Hajime picked up the bokken he couldn't resist inspecting the wooden sword for a bit before handing it over. Ken meanwhile wanted to cut the string and rejoin the others, both unaware that Dozer actually followed them. "Ready, Herald? Hajime do your thing."

Just as the Dinohyumon was about to cut their ally free with one of his blades Stingmon's attack revealed both it's own presence and that of Tankmon. Hajime briefly froze up wondering who he should help first. Based on the context of what happened to Herald Stingmon was more likely to be their enemy than Tankmon, but he had no idea how good the Android Digimon was at close range. After a few seconds he decided to cut Herald free first since the human was closer. Swinging his blade with one hand he used the other to put Ken down on the ground.

Generally the 6th Rangers are special in one way or another. Even though the core team is loosely based on the classic MMPR you've got more freedom to do your own thing with the 6th. Doesn't have to be white or green, an Orange Ranger could work. Just still make them have a dinosaur theme.

Does that also apply to the personal weapons of non sixth Rangers, or do they have to resemble the Power Weapons?
In Digimon: After the Convergence → 2 mos ago Forum: Casual Roleplay
While neither Ken or Hajime had any idea what could have dragged Herald of like that Ken made a quick decision. "Hajime and I will go help Herald! Cutting the rope with a blade is probably the easiest way to get him free." He only added that part to make sure there was no discussion, though he also didn't consider that somehow burning it could work as well. Not wanting to waste to any more time he took off trusting his partner to follow.

Hajime agreed that he would should be able to cut the rope pretty easily and followed his partner without saying a word, though he did try and make sure that they would be able to find their way back. He jammed one of his blade into the road so that it carved a line behind him. Despite this he was still fast enough to quickly catch up with Ken, lifting him onto his shoulders and resuming the chase faster than the human did.

@BladeSS4@mattmanganon @Hammerman
In Power Rangers: Legend of the Seven Chimeras → 2 mos ago Forum: Casual Interest Checks
Could be interesting even if advanced is a bit out of my ballpark. I usually stick to casual. Anyway I'm guessing the zords will end up based on one of the animals used for the suits' abilities?
In Digimon: After the Convergence → 2 mos ago Forum: Casual Roleplay
Okay that definitely was my longest post ever
In Digimon: After the Convergence → 2 mos ago Forum: Casual Roleplay
At first Hajime wasn't too worried about fighting Guardromon but when he noticed that his attack only scratched the metal Digimon's paint he quickly realized that this was an uninjured fresh opponent. Of course he wasn't in terrible shape either but what really had him worried was the reaction Guardromon had. "You...you scratched the paint..." "Evil digimon will be deleted! Warning Laser!" "Guardromon! You can stop! That isnt an enemy!"

Ken was surprised by the kid's reaction both to what he just said and to the fight. That said it didn't take him more than a few seconds to figure it out. "I should have guessed ATLAS had more agents around here. I mean even the message practically said so." He could facepalm at his own stupidity but there more important things at hand.

Guardromon had gone completely berserk and even ignored the words of his partner. Hajime didn't like the thought of having to delete a non evil Digimon but it looked like he might not have a choice since he was about ATLAS protocol by fighting anyway and he didn't want to risk Ken getting hurt he secretly pre1pared to Digivolve again but luckily that didn't prove necessary, thanks to the arrival of BlackFlamedramon.

Thanks to what the other kid said Ken realized that there were no wild Digimon left and the whole thing was a misunderstanding. Expecting the situation to get defused easily he approached the two Digimon, just in time to see Guardromon go crazy while the other boy yelled at his partner to stop. Before he could say anything to help get things under control two things happened, with the timing seeming to be perfect to just be a coincidence. First there was a message about a Mega-level threat and then there was Herald's BlackFlamedramon easily stopping the fight.

While Ken had several things he wanted to ask he knew there was no time and instead copied his new ally by piggybacking on Hajime's back as he realized he never actually locked his bike or anything. "Man, I really hope my bike doesn't get stolen." He had already given up on getting to school that bday and didn't want to make his punishment worse by losing his bike.

Finding the location of the attack was pretty easy since they just had to look for the fog. Of course when inside the fog things got significantly harder but it didn't take them long too find another ATLAS agent, this time without a fight breaking out. Guardromon's partner was already talking to her when Ken got off of Hajime's back.

The new girl proved pretty smart by trying to clear the fog with a wind spell even though it failed. Since they couldn't just get rid of the fog and look for the intruding Digimon that way things had gotten a lot harder. "Okay I know this is a stupid suggestion but I think we might have to split up." Ken quickly decided to elaborate on his plan a bit. "I mean we should clearly stay within hearing distance of each other, nut if we all look in the same place it'll take forever to find that Digimon."

The baby is right as rain, the wife though got admitted back into the hospital last night. Just got a bit of bad news as well last night with a death in the wife's family. I can't see the wife cause we tested positive for covid last week, somehow I'm allowed to go into work but with life throwing everything at me I'm having to take a leave after only getting to work 2 days this month.

And sorry I haven't checked in, I just had a baby girl born last Monday on the 13th!