STATUS: what's your favourite =w=eezer song, and why is it El Scorcho? 22 days ago

22 days ago
Current what's your favourite =w=eezer song, and why is it El Scorcho?
1 like
24 days ago
Lest we forget
2 mos ago
‘Thickfreakness’ stuck in mah head…
3 mos ago
sorry to anyone who has been awaiting a reply... I had a car accident last week, been on my back ever since.
3 mos ago
"I'm not Roleplaying... I'm being myself. Whatever the hell that is." - Bea Arthur
1 like

Howdy. I'm Dan. Been tabletop RP'ing since '90 (D&D 2, 3, 3.5, Rifts, Palladium, D20, Pathfinder, Shadowrun) and writing collaborative fiction for nearly ten years (JvS, represent!) In my day-to-day existence, I'm a theatre technician, a Daddy, I tend to work too much -- and writing is my escape. I take it pretty seriously.

I'm a pretty big fan of Sci-Fi (but I'm pretty selective about what I read,) Post Apocalyptica, certain Fantasy works (though I prefer my sword-and-sorcery via tabletop...) and Zombies. Used to watch a lot of movies, and read a lot, but having a three-year-old stymies that quite a bit. (2022 edit: the three year old is now nine!)

I tend to look for small groups of dedicated, talented writers who post regularly and love the unknown of spontaneous or semi-planned RP. Hit me up with ideas!

In Dee's NSFW prompt → 24 days ago Forum: 1x1 Interest Checks
Limits: linky Please be aware, I tried to fill out the list in the link from the most openminded POV, as if I might be F, or M, or Fu depending on each story / pairing.
Expectations: be active. A post every other day is fine. If you're not going to be present / not digging the RP / want to switch something up, please let me know! I don't care much about grammar. For that matter, there are times when bad grammar is central to the 'voice' of a character. However, I'm not great at responding to one-liners. Yes, sometimes a short post is exactly what a scene needs. And sometimes when dialogue is involved, a short post serves the exchange between characters well. But typically I look for a couple of paragraphs or more. Give me something to go on. Describe the scene. Use your words.
In Dee's NSFW prompt → 24 days ago Forum: 1x1 Interest Checks
Hi all,

I'm Dee. Been here awhile. Been RP'ing even longer. I'd like to think I'm a good writer. I've got a good grasp of the English language, in my tabletop groups I tend to DM often... I guess what I'm saying is, I can weave a tale or three.

Here's the thing. I've been on the lookout for good smutty fun for awhile now. Chances are, if you have an NSFW prompt here in 1X1, I might have contacted you. It's truly hard to find, good NSFW RP. Sure, there are lots of folks here willing to bash out a scene for instant gratification, but not many willing to write along term story. I get it. I do. But I'm not going to give up searching.

Ultimately I'd like a pretty even split of story / smut. 50/50. But I'd like to write on an ongoing basis. I can write casual. I can write advanced. It honestly all depends on the chemistry between characters, and the writers' styles.

I love sci-fi, post-apocalyptica of almost any variant, high fantasy, Westerns, Diesel / Steampunk, SoL... try me with your ideas, or your settings of choice. Chances are, I've got a few ideas for it.

I'm not too picky about whether I play M or F or Fu. I'm a cis male IRL, but I'm prety firmly on the 'that shouldn't matter when you're writing fiction' side of the fence. I'm even ok with multiple characters. But I don't tend to write several characters simultaneously very well. 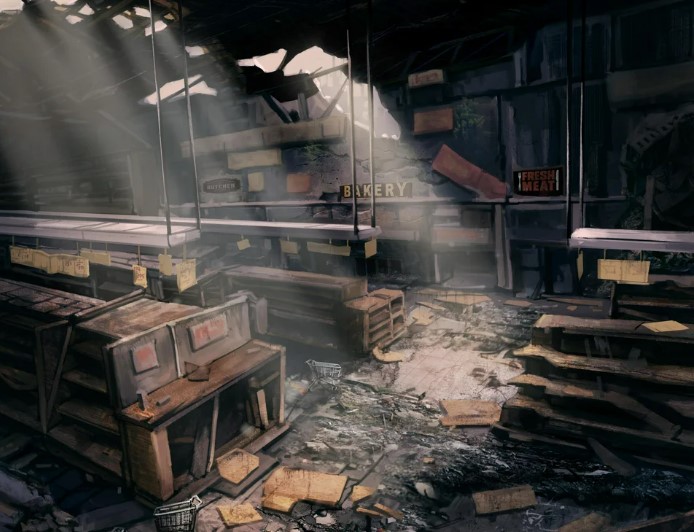 He hurt all over, but after making tiny movements of his arms and legs, he knew that none of it was life-threatening. All the limbs were still there at least. He could hear himself breathing - the rasp of injury or sickness obvious and - to his ears at least - loud. Loud enough to give away a position or make himself a liability. Ribs? Lung? He just knew it hurt when he tried to move or sit up. The rest - bruising, swelling, cuts and gashes... that would heal in time. You sh...should leave me. Can't fight like this. You know they'll just come back with more, sooner or later... He managed to open his left eye beyond a squint, and took in the woman who knelt over him. He pushed up, using every ounce of strength he could muster, on his good arm (the right one felt all disconnected and awkward) and managed to sit up against something hard behind him. He took the small bottle of water she held out, took a swig through cracked and split lips. The words came easier after that. They'll know we didn't get too far. I killed two of 'em, at least. They won't let that go. You don't owe me nothin'. Don't go laying your life on the line for mine. You go on... get out while you can. He felt for his pistol in its holster, found it missing. The long gun was gone too. Maybe out in the street, or worse, in the vehicle or taken.
In The Dark Reckoning → 1 mo ago Forum: 1x1 Roleplay
(do you want to revise? Or should I continue?) @Nallore
In The Dark Reckoning → 1 mo ago Forum: 1x1 Roleplay
I re-read your latest, and I have to give you an update / correction. You seem to be examining my pack in your last post, and you mention the bloated, spoiled food cans, the dirty water... That stuff is from the dead biker, not me.

In my pack, you'll find:
-six 12 gu. shotgun shells (all different makes and types, not 100% sure about whether they'll all work. (pretty sure at least two of them are 'good.')
-a small satchel with electrical tape, boiled cotton (old t-shirt) material for bandages, a pill bottle with an assortment of different pills (you can make out that a few of them are aspirin, but many of the others just have a mg. designation on top) an 'altoids' case with a syringe and a small bottle filled with clear liquid inside, and a needle & thread.
-30' of climb cord
-three carabiners
-a flare
-three cans of unspoiled food, one more that's dented and iffy
-an mp3 player (dead battery, but has been jury-rigged with aligator clips to use an external battery some time ago)
-a compass
-an old, but very sharp Kabar knife.
-a canteen about half full with what seems to be clean water.

in my pockets (in case you're checking there) a zippo lighter (has fluid,) a multi-tool, the stub of a pencil and a small notebook, a deck of cards, sunglasses, a bandana / handkerchief, a c-wrench and a set of allen keys.

...just in case you want to revise your last post. @Nallore
In The Risen: Fear the Fallen → 2 mos ago Forum: Advanced Roleplay
He walked -- never run, there's a muchmuchmuch better chance of falling or losing focus and slipping up. (Alaska brand ice melter, $3.99, automotive **Now on SALE! BOGO**) Through the checkout aisle, over to where Grant-package was on the floor, giving the rotter a noogie. He looked silly, all panic and slimy ooze on his fingers. It would be a tricky shot, hitting the crawler without also plastering Grant-package. Ryan took a good swing with the bat, aiming real carefully, and stove in the corpse's brain-pan.

He whirled about, ichor dripping from the Easton's yellow-and-red lettering, and stepped back to register #4 to retrieve the pistol he'd left there a moment ago. Then, he withdrew two tissues (Simplicity! brand facial tissue, 2-ply, $.99 each, aisle 3) and wiped the bat clean, discarding the tissues in the nearby waste-paper basket. Littering was against company standards, and was a misdemeanor offence, thank-you-please. Also, it simply wouldn't do to have fallen-blood and brain-matter on his bat.

Listening intently, he remembered Grant-package-friend saying there were four. He counted the ones that had fallen. Old-lady-no-leg. One. Girl-with-flip-flops. Two. Noogie. Three. Three corpses! Ah!Ah!Ah!Ah! (Sesame Street, "Count with the Count," children's colouring book, check-out end-cap # 1 & 3, $2.69 each. Other titles available!) "Nonsense. Enough." He whirled about, looking and listening, smelling the air for any sign of the last walker.

He flicked the spade end of the kickstand down, and after another thorough scan of the horizon, got to work. First, the vehicles. Digging out the remains was tough going, and the ones that had burned, he mostly ignored. Not much worth salvage there. There were two vehicles that had crashed, and begun to burn, only to have the fires snuffed by the storm. These, he focussed on. First was a buggy, its engine and transmission smashed and ruined. Even so, he managed to retrieve two bottles of useful life-blood. A plastic water bottle-worth of ATF, and a canteen of oil. Thirty-weight, by the taste. The driver had been picked clean, but the driver's seat was another find: still (mostly) covered in leather, the black, stitched pelt was freed to get folded and placed in his pack. The second vehicle offered up its distributer, and though the alternator looked good, Rig deemed it too cumbersome to carry. So it was left, along with some salvaged wiring, in a tin, buried in a spot he could find in the future, if it came to that.

Next, the bodies. This didn't take long. Most had burned, or were picked clean. Certainly, there was nothing left of use, really. Sure, he could have added a belt, or a pouch, but he had what he needed. The biggest find was a pistol, discarded, its barrel bent and blackened. This he stripped for small parts: screws, springs, the trigger assembly, all of which went into a tin he kept for barter or his own use down the road.

The second-to-last body, he pulled mostly free of the sand and began rifling mechanically through its pockets, when he recoiled at a sound. This one, clung to life. If barely. He drew his pistol, levelled it at the form. Stood there a full five minutes. It was barely alive. Unconscious. He holstered his piece, dragged the form clear of the sand. Male, female? He couldn't tell, the head was shaved. He flipped the unconscious form over, dragged it into the shade afforded by one of the wrecks. Either it would live, or it would die.