I’m Crimson Flame and I’m addicted to RPing. But sometimes ADHD kicks in, and it takes me longer to reply to things than it should. If I’m taking too long to respond, feel free to say something. Just don’t be rude about it.

There are a bunch of RPs I like. Pokémon, Digimon, Fantasy, Superhero, it would take too long to list them all. I’m not a fan of Horror or Apocalypse settings though.

I have a particular type of character I like making. Look through my Character Sheet thread, and see if you notice what a lot of my characters have in common.
roleplayerguild.com/topics/182450-cri…

In The Fairies Adventure → 22 hrs ago Forum: Casual Roleplay 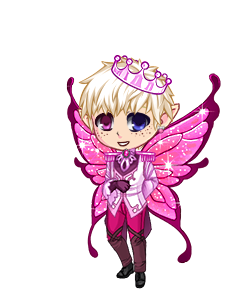 It was generally agreed upon that they wouldn’t go through Mrs. Greypetal’s things. Instead, they would go into town to look for her. “Hmm, I suppose… But she could be anywhere… She might even be on her way back by the time we get there. Or something sinister might be at work here. Maybe the perpetrators suspected we would come here, and did something unpleasant…” Sky shook his head. “Ok, maybe I’m just jumping to conclusions. But given the circumstances. It wouldn’t be out of the realm of the possibility.”

They left the house, and made their way towards town. “Apologies for dragging you all into this. I’m just… really worried… With my parents indisposed, I’m next in line for the throne. If we don’t resolve this by the time the festival is over, I essentially become king. The loved ones of fairies that have been petrified will be coming to me for answers, and I don’t know what to tell them. I love being a prince, but I’m not sure I’m ready to be a ruler… My mother and father were very well respected. How will I ever follow in their wing beats?”

Vyvien handed him a device that would amplify his voice, and Sky’s hetereochromatic went wide with excitement. “Oh, this will make the process of searching much easier!” Surge expressed some concerns, but Sky ignored it, and practically shouted to the device.

“MRS GREYPETAL! IF YOU CAN HEAR US, WE NEED SOME HELP!” He then turned to Vyvien, and spoke at normal volume. “This is very useful. Can I keep this when all of this is over? There are plenty of occasions where a prince needs to make his voice heard.”

In the middle of this, Sky bumped into something. It appeared to be a mushroom, they were everywhere in this forest. Except, this mushroom was much bigger than the others. It also had arms, and legs, and a very angry looking face… “Oh dear…” This was probably one of the things in the woods Surge was talking about. “No matter, their are seven of us, and one of you.” 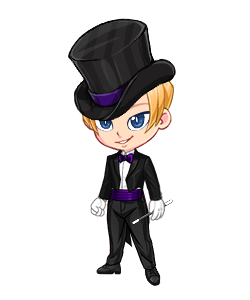 Even though the mission was finally over, but there was still the debriefing. Batman called Viktor, Kila, and himself. Batman didn’t say anything true. He did screw up. What was he expecting? They were all teenagers, not soldiers.

Zach sighed. “What do you want me to say? I’m sorry Batman, I’ll do better next time!” Zach said in a mocking tone “Newsflash Batbrain! I am a hormonal teenager! I like boys! Not all of us are cut out to be one of your Robins… I got my butt kicked out there, and it’s because of me that Alisa is… offline. But doing what every teen boy does is the problem? I don’t think I’m cut out for this team…

And then he stormed off before anyone else could say anything.
In Age of Marvels - A Marvel Comics Roleplay → 1 day ago Forum: Advanced Interest Checks
I’m not sure

Unless it’s a canon character.
In Pilgrim's Caravan: An Open-Ended Fantasy (with Worldbuilding!) → 2 days ago Forum: Casual Roleplay
It’s a text RP, we’re not going to see the characters. Does it matter what kind of faceclaims are used anyway? 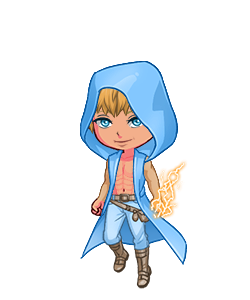 Appearance:
Jason is tall and lean, standing at exactly six feet tall. He does a lot of time doing physical labor on his family’s farm, and while he is not as big as his dad is, he still has a slender build with defined muscles that he is proud to show off. He spends plenty of time out in the sun, and thus has a tanned skin complexion. He has a boyish face, though he still possesses a firm jaw. He has a small nose, and large, expressive almond shaped eyes, which are a bright electric blue color. He has short dirty blonde hair which is always a mess, and frankly he likes it that way.

He dresses fairly simply. His family isn’t rich, so they don’t have nice clothes. Besides, fancy outfits are impractical for farmers anyway. To be honest, he spends most of his time shirtless. He’s seen books with pictures of how mages dress, and adapted the style to suit his own tastes. He wears a sleeveless light blue hooded cloak. He leaves it open all the time revealing his chest and abs. As bottoms he wears a pair of matching blue pants, that are held up by a beige belt. As footwear he wears a pair of sturdy beige boots that are comfortable to walk around and work in.

History:
Jason was born into an average family. The family worked on a farm. His father did all the physical labor that running a farm involves, his mother sold the stuff they produced on the farm at the market as well as ran the home, and Jason and his twin brother, William were expected to help out around the farm. They lived a fairly average life. Jason and his twin brother were very close. The two played together all the time, and got along great. They rarely fought, and when they did have a disagreement, they made up fairly quickly. Jason’s parents hated magic. They believed that relying on a dangerous and unpredictable force could lead to nothing but trouble. For a while, the brothers shared those feelings.

One day, while the boys were playing one day, away from the eyes of their parents. In their playing, William got hurt. He tried diving into a lake, and ended up cutting himself on a rock. Jason panicked. His brother was hurt, he had no idea how to make him not hurt anymore, and more importantly he didn’t want to have to tell his parents that his sibling got hurt on his watch. Fortunately for them, an older gentleman happened to be passing through. He saw what happened, and helped out. The man was a doctor. He used mysterious magic and his own medical knowledge to fix the boy right up. After that, the boy’s opinions on magic changed.

Life continued on after that, but now something was different. Now Jason was fascinated with magic. It had saved his brother, and now he was curious about what other things it could do. Whenever he had free time away from doing farm chores, Jason did all he could to learn about magic. He read every book on the subject he could get his hands on, and at night would practice spells. He wanted to learn the mysterious magic that man used, but at some point discovered he had more of an affinity for lightning magic, and soon changed course. He wasn’t sure what he was going to do with this power, but it was still cool all the same.

At some point, William left to go on his own journey. He wanted to become a knight, and help out his country. Jason stayed behind to help out on the farm. For a while the brothers exchanged letters. Then, the communication stopped. Now, Jason is going on an adventure to find out what happened to his brother, and possibly learn more about magic in the process.

Personality:
Jason is a farmer. He is often seen selling stuff at the local market, and does plenty of work on his family’s farm. He actually doesn’t hate farm work. It’s exhausting work yes, but at the end of the day there is nothing more satisfying than a job well done.

Jason has a fascination with magic. He greatly appreciates good displays of magical power. It started as a curiosity about the subject. Ever since the disappearance of his brother, grew into a desire to gain power for his own needs.

Jason is brave, daring, and extremely determined. He can be very impatient, wanting to get stuff done as soon as possible. As such, he will often charge straight into danger, and often prefers to zap first and ask questions later. As such, he can be reckless and get himself into danger if he thinks he is right. Jason is also very blunt. He says exactly what he thinks no matter who he hurts. He lacks patience for people he deems to be slow.

Jason can be very stubborn, and it’s difficult to get him to admit when he’s wrong about something. He can also be hostile to people who have different opinions than him. He doesn’t like to accept help for things he knows he can do on his own. He’s confident in his own skills, and believes he can handle his own problems himself. The upside to this though, he doesn’t give up easily when things get hard. He also has no problems giving help to others when they need it.

Motivation:
3 things. To find out what happened to his brother, Learn more about magic, and find his own adventure.

Skills, Strengths and Weaknesses, and Tools:
Lightning Magic: Jason has an affinity for Lightning magic. He can summon lightning for various purposes. Including shooting electricity out of his hands, and delivering lightning punches. That’s pretty much the extent of his magic.

Farmer Skills: Jason is familar with all the ins and outs of running a farm. Planting and tending to crops, raising livestock, etc.

Cooking: Jason has learned how to prepare the food he grows on the farm.