Hello! Welcome to my bio, the place where I'm going to tell you about myself, but I don't think that needs to be said.

First off I'm no stranger to roleplaying, I can assure you that I'm pretty familiar with this kind of thing already. I'm just here to write stories and to make friends. Now my interests are pretty simple, and that all can be summed up by calling me one big nerd. Video games, anime because of course I have to be some kind of weeb, and probably other nerdy things I can't think of right now. The one thing that would be lost on me is probably super heroes, I know nothing about them if I'll be honest, so if you come up to me then talk about them I'll definitely be a little clueless.

I encourage anyone to come along and chat with me, I mean I don't want to be lonely after all. Doesn't even need to be about roleplaying either, plus I promise that I won't bite.

One of the first lessons that all imperial officers learn is that the most important theater of war is space itself. A soldier can't walk onto another planet with his own two feet after all, so naturally powerful navies were needed to wage war. With this in mind Sunia's defenses were largely dependent on massive turrets designed to fire on any ships that may enter the planet's orbit, to deny the enemy from landing their own forces in the first place would ensure the security of the planet, at least in part. One of Astra's duties was to conduct regular inspections of these planetary defenses.

She walked quickly from battery to battery as she collected reports from squadron leaders, and as expected there was literally nothing of note. It was undoubtedly among the most dull work she had ever done, although at least it was a chance to get something resembling exercise because the rest of her duties were purely desk work. Approve requisition requests, sign off on pay rolls, schedule royal guard patrols, coordinate with the orbital defense fleet, and more were on her plate. So maybe on reflection a chance to get away from such a mundane routine was definitely welcomed, even if making the rounds was only a little less mundane.

"Nothing out of the usual, ma'am." A man in full armor greeted her as he handed over a small data pad. Master Sergeant Rory Aylmer was last squad leader she needed to collect from, and one of the only few who she knew the name of at that. "Thanks, Aylmer." She nodded back, "No news is welcomed news." Frankly she was lying between her teeth as she said this, however in a practical sense this was exactly what she wanted since her real concern should be security. It was just on a personal level she dreaded such... nothingness.

"I guess, but its damn well boring." He sighed, "Better than being stationed on some rock no one cares about at least." Astra simply returned with a shrug of the shoulders, while normally she wouldn't even acknowledge such a comment, Aylmer here had the privilege to see her be slightly more relaxed, which was saying a lot. She moved the conversation along by continuing, "Anyway, I'll process your latest report soon. Next rounds are in two weeks so see you then."

"See you commander." Rory gave a curt wave before returning back to his post. Astra meanwhile headed back to her office. The location of said office was on the upper levels of the palace, such a walk saw her passing through many checkpoints and by many different guards. As she passed by she received the standard salute to which she didn't so much as offer a response. Eventually she made it to her office, and while it was spacious with a great view of the capital city, it was bare bones. A desk, a terminal to work from, and a chair was the only furnishing. Astra had seen the offices of other high ranking officers, and too many had some weird desire to fill it to the brim with unnecessary junk. Fancy junk such as jewel encrusted wardrobes, silk curtains, and any other proof of wealth, yet still junk all the same.

Soon as she took a seat at the desk, she was met with a message on her terminal. Astra was shook from her regular indifference as she read the text on the screen, because for once something seemed to have actually happened.

It looked like she had summons from Emperor Jazon Ielei the II himself. 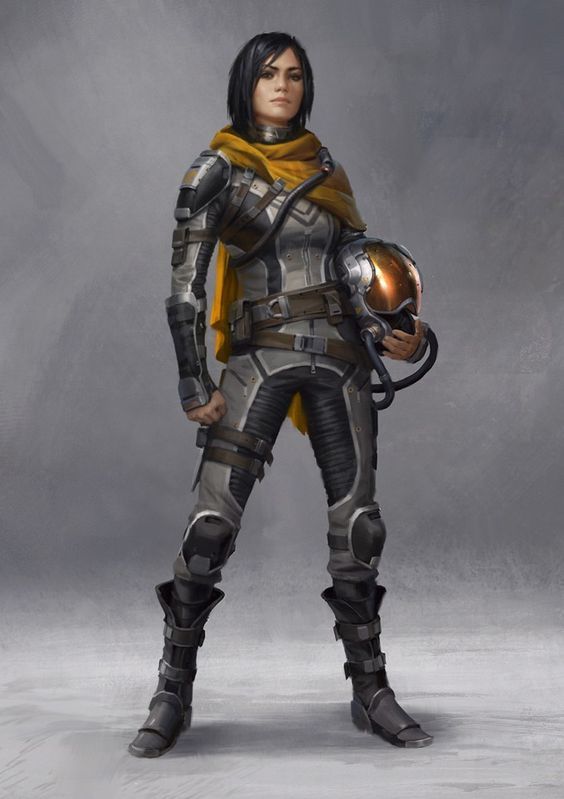 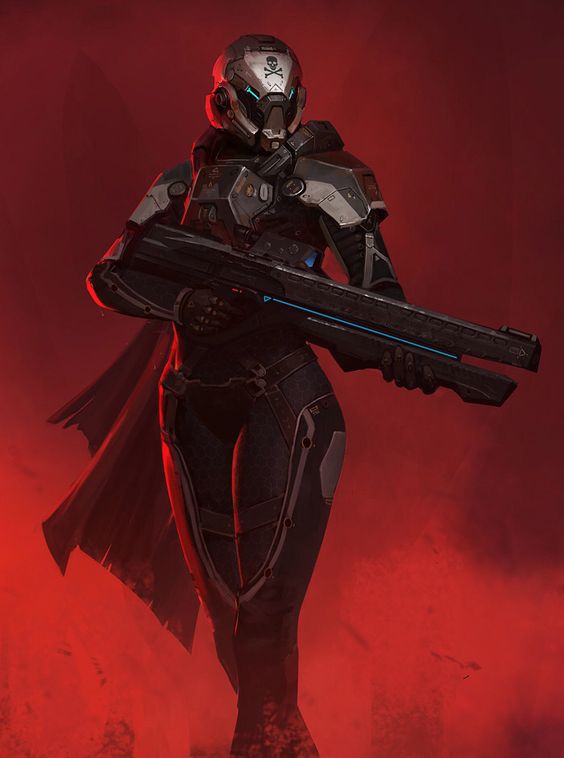 Brief Biographical: Astra is a member of an ancient Sodalite dynasty that has existed within the empire for generations. Corwins are stereotypical regarded as excellent leaders of men, many great generals throughout the Zaire Empire's history hailed from this family. To say military excellence is tradition would be an understatement, to serve is said to be in the very blood of every Corwin. Astra Corwin was born to Rohan Corwin, the current head of the household, and his wife Matilda. She is the only child despite numerous attempts and fertility treatments, much to the very public displeasure of the family patriarch.

Astra enrolled into officer training at the age of 18, the earliest possible age. She graduated 3 years later with high merits and was assigned to the 32nd Battlegroup as a junior officer, which at the time was deployed to a frontier world known as Orinta far from the empire's core. She did not see action during the recent rebellions. After 6 years of excellent service, and in consideration of the Corwin Dynasty's past glory in the name of the empire, she was promoted as the commander of Sunia's planetary defenses after the retirement of her predecessor.

Psychological Profile: Astra is described as a level headed individual with a powerful work ethic. She preforms well under pressure, and has proven to be a pragmatist, not being one to shy away from difficulty decisions. She however is quite solitary and never associates with men under her command, however her anti-social tendencies have not interfered with her ability to serve. She is very straight forward when necessary, a valued trait in responding to crisis. Her ability to act decisively was the primary reason she was recommended to the post of garrison commander.