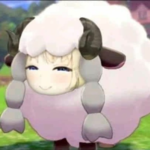 Warm, comforting water. Thick, billowing clouds of fragrant steam. Soaking away ones woes on a chilly spring morning was something most of Heiseina's residents would probably relish in. Most of the working sorts didn't have the luxury of bathing in the comforts of their own homes. Most probably preferred to do it in public anyway, where they could unwind and discuss all the little happenings of their sleepy village among friends and peers. Maybe that was why, even steeping with the smell of sweet citrus in her own private tub, Keiko could not find solace from her melancholy. The Dance of the Serpent was upon them, a time of merriment and of new beginnings, when the villagers would be gathering together to celebrate Miorochi's return. For Keiko, it was nothing to look forward to. Every year, the festival only saw her sink into a black mood in the days leading up to and during. Witnessing friends and family line the streets, joking and playing, enjoying each others' company—it all served as a poignant reminder. A reminder that such things were absent from her life. She wouldn't have anybody to hang lanterns or exchange gifts with. If she was lucky, maybe her mother would accompany her to the shrine to leave an offering.

That would be the extent of her celebration. It always was.

The sullen thoughts swirling through her mind were far more bitter than any stray orange blossom floating about the bath water, and it didn't seem like a prolonged stay in the tub would help clear them. It was a foolish idea in the first place. Keiko knew herself—she was the type to get stir-crazy without things to do, and while she liked to busy herself whenever she slumped into dejection, this particular week had left her with no matters to attend. Her mother had insisted she take the week off to celebrate the holiday and enjoy herself, either a cruel joke or a vain attempt to force the mending of bridges long since burnt. There was always studying, but she couldn't bring herself to retain the bounty of old tomes and scrolls in her current state.

A sigh, half of which came out of bubbling water, announced her rise from the bath. She couldn't just mope around home all day and expect it to lighten her mood. At least getting outside would provide a distraction, something for her to hone her mind in on aside from gloom that had overtaken her. The splattering of water on smooth, cold stone filled an otherwise silent chamber as she stepped out of the wooden tub. The air was chilly despite the hot moisture that hung heavy in it, but this was a trivial enough for her to overcome. She extended a thin finger and traced familiar symbols before her, a pale glow at its tip as she marked the space before her with two kanji. The glow brightened, then faded, and in its place a gentle stream of hot air flowed from her digits. A flow she wasted no time turning on herself, sending droplets and wild strands of damp hair every which way.

If only it was as easy to Sign away her other problems.

As cold as it was inside, it somehow managed to be even colder when Keiko stepped outside. There had been some vague hope that the sun would have banished some of the chill in its benevolence, but that hope was quickly dashed. It would surely warm up as the day went on, but that was of little comfort to the Signkeeper's apprentice as she descended the stairs of the tower and made her way around the side of the landmark she called home. There was one small treat waiting there for her—the fruits of her labor in seasons past, in the most literal sense. She had managed to convince her mother to plant a garden behind their illustrious home, ostensibly so that the many young farmers who came to practice their Growth signs had something to practice on. In truth, she simply wanted to have fresh fruit on hand to sate her sweet tooth whenever she wanted.

She had set about raising six trees in the year or two prior, and raise them she had—they were already taller than her, and producing fruit in spite of the unseasonably cold weather, a result of her daily tending as much as it was the valley's fertile soil. Even as she approached the largest of the bunch she could see fat, ocher fruits hanging from its many limbs. Big enough to be her breakfast, for sure. Maybe even big enough to taken into the village on market day. She wanted for relatively little, but there was usually something interesting to bargain for, and if nothing else, she could always gloat at those sour-faced Moriyama about how much more productive her fledgling grove was compared to their own.

They would also make thoughtful gifts, she couldn't help but think as she plucked one, then another from its branches. Not that she had anybody in particular to hand them out to. But the matriarch of her little clan had been stressing in the months prior about turning over a new leaf. She wasn't a little girl anymore, she said. It was time to start making connections. To turn set down some real roots. She would be the village's Signkeeper eventually. Heiseina was her home.

Keiko couldn't contain her cynicism at the thought. An armful of oranges wasn't going to undo a lifetime of ostracism. If the villagers wanted to make friends with their would-be Signkeeper, they could do it on their own. Maybe if they were lucky she would forgive them.

Satisfied she had picked the ripest of the bunch, the girl tucked what extras she had into the folds of her kimono for safe keeping, holding the finest of their lot held between slim fingers. She tore into its unblemished exterior with them, peeling back the outside with just a deal more aggression than she had intended. The catharsis it provided, however mild, was enough to pull her from the downwards spiral of her thoughts, and she feasted upon the pulpy flesh within, one wedge at a time, as she set off in the direction of the village. Perhaps the walk there would clear her head, and if not, well, at least she was in good company for the journey.
In Shin Megami Tensei: Persona → 3 days ago Forum: Advanced Roleplay
HOSHINO NORIAKI
In Heiseina: Memories Long Forgotten → 4 days ago Forum: Advanced Roleplay