7 yrs ago
Alright status update: I have started a new job and am currently in the process of getting used to said job. To all the games I'm currently in I will starting work on responses this weekend
8 yrs ago
Due to a misplacement of my laptop I will unlikely be able to post until Friday or there abouts. My apologies for those waiting on me.

In In This Fine Town of Arkham - A Tale of Lovecraftian Horror → 3 mos ago Forum: Advanced Roleplay

The dark eyes of Mrs Cobalt did not leave Jayce’s face as she spoke, and the older woman smiled warmly at his words. For all the coldness of Mister Cobalt, and the air of unease that seemed to cling to Mister Black like a cloud, Jayce couldn’t shake the feeling that the woman in front of him was the closest thing to a friend he had made since he had set foot in Wilde Hall. Sure enough, it was her voice that spoke.

“You are too kind, Mister Silver. I confess, you intrigue me. I wonder if you would accompany an old woman for a little while? I have no doubt that these two would rather discuss business, and I am afraid I will find that dreadfully dull.”

Mrs Cobalts head gestured towards Mister Black and Cobalt, both men apparently taken aback by Mrs Cobalts invitation, although neither challenged it. The warm smile not faded, Mrs Cobalt extended her arm towards Jayce, the dark eyes still not leaving his face. The warm and inviting invitation caused a moment's hesitation in Jayce. As he prepared himself to arrive this evening he steeled himself into dealing with hardened business folk who were prone to keeping themselves and their secrets at a certain distance, but Mrs. Cobalt's warm nature was definitely something that he wasn't used to.

"Of course, Mrs. Cobalt. I would relish the opportunity for more time in your company."

Mrs Cobalt let Jayce take her arm, before leading him away from Mister Cobalt and Mister Black. The crowd of guests, which seemed to ebb and flow all around them like the tide, parted in front of the unlikely pair. Whether it was the warmth of Mrs Cobalt herself, or simply the distance that he had managed to put between himself and whatever it was that lurked behind the dark eyes of Mister Black, Jayce couldn’t help but feel a weight lifted from his shoulders.

“I’m afraid you must forgive my husband, Mister Silver. He can be a little… cold these days. But I assure you, he means no offense.”

"It's alright Mrs. Cobalt. I am all too familiar with the world of business and those that inhabit it. If it wouldn't be too forward of me, what seems to have Mr. Cobalt so perturbed?"

Mrs Cobalt watched Jayce’s face for a moment, before smiling again, and patting his arm.

The far wall of the room suddenly loomed before them, but Mrs Cobalt did not break stride, her hand reaching out, and pushing open a door that was almost invisible against the wood paneling. Where Jayce may be a stranger to Wilde Hall, Mrs Cobalt was clearly not.

The doorway swung open slightly, giving Jayce a glimpse of the room beyond. In fact, the room was more of a corridor than anything, barely more than a few paces long, the space lit by a single golden lamp above their heads, another wooden door at the other end.

Mrs Cobalt hesitated, turning back to Jayce as the pair of them stood on the threshold.

“Would you care to join me for some air, Mister Silver?”

Mrs. Cobalt's blase composure took Jayce by a bit of surprise. The only person that he expected to be so comfortable traversing around the Wildes' Manor were the Wildes and their staff. As he followed in suite his confident gait echoed among the cacophony of sounds in the party hall. '

"Of course Mrs. Cobalt. I must admit that as much as I enjoy a good party I believe that it needs to be balanced, as all things should be."

Mrs. Cobalt's face lit up in a broad smile at Jayce’s agreement, and she was quick to lead them forwards. As they moved into the corridor, the door behind them swung shut, and almost at once, the noise of the party was reduced to barely a whisper.

For a moment, Jayce was uncomfortably aware of the fact that he was now alone with a woman that was little more than a stranger. Mrs. Cobalt was smaller than he was, and a good few years older, but she clearly had an intimate knowledge of their surroundings, which Jayce certainly did not, and they were not cut off from the other guests behind them. As if sensing Jayce’s concern, he felt Mrs. Cobalt squeeze his arm.

“We are birds of a feather then, you and I. I hope that…”

They had reached the end of the corridor, no more than a few paces in truth, and half-stepped through the door at the end when Mrs. Cobalt trailed off, the warm smile appearing to falter for a moment.

The chill of the air had been immediate, and Jayce saw that they had stepped out onto a modest porch, hemmed in by waist height walls of weathered stone, but otherwise open the night air. And they were not alone.

It was this fact, Jayce suspected, that seemed to have derailed Mrs Cobalt, although any derailment was only brief, the smile returning with almost visible force.

“Madam Blue. Forgive me, I did not realize… It is good to see you.”

As Jayce’s eyes adjusted to the half-lit porch, he took in the two figures before him. Both stood at around Mrs Cobalt's height, and both wore masks. The woman, although as he looked at her closer, she appeared to be little more than a girl, wore an elaborate, and no doubt expensive, dark blue dress, and dark eyes flitted between Mrs Cobalt and Jayce from behind a silver wrought mask. The boy, and this time, Jayce was sure that the figure was far from being a grown man, all lanky limbs and blemished cheeks, wore an ill-fitting suit, and a simple black mask, but the blue eyes burned with defiance all the same.

It was the young woman that spoke first, presumably the Madam Blue that Mrs. Cobalt had addressed. If Madam Blue was at all surprised by Mrs. Cobalt's arrival, or put out by her greeting, she certainly did not show it, returning the older woman’s smile with a pleasant one of her own. Her voice, when she spoke, was soft and almost sing-song.

“There is no need to apologize, Mrs. Cobalt.”

Jayce noticed that this Madam Blue had not returned Mrs. Cobalt's niceties, but it seemed to do nothing to dissuade Mrs. Cobalt as she took a step further onto the porch, her grip on Jayce’s arm half leading and half dragging him after her. The door behind them swung closed with a faint thud.

“I don’t believe I have met your companion, Madam Blue.”

“And I don’t believe I have met yours.”

Jayce was suddenly aware that a pair of dark eyes were watching him, expectantly.

"Hello, I'm Mr. Silver. I am Mrs. Cobalt's companion for the evening."

He extended a pleasant hand in greeting Madam Blue. Madam Blue looked down at Jayce’s offered hand with a mixture of curiosity and surprise, before taking it in on her own and shaking it.

“It is a pleasure to meet you, Mister Silver.”

Releasing Jayce’s hand, Madam Blue looked back towards Mrs Cobalt, her head tilting to one side slightly.

“So Mister Cobalt is…”

“Inside. Now, who is this gentleman?”

It was the turn for Mrs. Cobalt to grab hold of the conversation, and the focus once again swung onto the lanky figure that lurked at Madam Blue’s side. Madam Blue opened her mouth, as if she was going to introduce the boy, but she was beaten to it as the figure stepped forward, dipping into an awkward bow towards Mrs Cobalt.

Mrs. Cobalt smiled warmly, and lowered herself into a curtsey in return.

“It is good to meet you, Mister Blue. May I say, you have an excellent choice of companion.”

The defiance in the boy's eyes was gone in an instant, his face falling.

Before Mister Blue could continue, Madam Blue was at his side again, linking her arm through his and smiling politely.

“He certainly does, Mrs. Cobalt. Thank you. Now, I am afraid we must be getting back inside.”

Mister Blue opened his mouth to speak again, but before he could, Madam Blue was already moving him towards the door. Before they could teach it, the young woman paused, and glanced back towards where Mrs. Cobalt and Jayce still stood, her dark eyes meeting Jayce’s.

“I hope to see you again, Mister Silver.”

With that, they were through the door, and gone from view. Once again, Jayce found himself alone with Mrs Cobalt. A glance towards the older woman would show that she was looking towards the door herself, seemingly lost in thought.

"Well, that was an interesting encounter. Are you alright Mrs. Cobalt? You seem much more distant now?"

Jayce walked back to his companions side and stared with interested intent. The Blues had rocked Mrs. Cobalt with something wicked which gave him the inclination that they knew each other. It would certainly be an interesting story if he could get it out of her. Mrs. Cobalt didn’t seem to hear Jayce at first, her gaze still fixed on the door, but as he stepped nearer to her, she shook out of the trance. The warm smile returned, and Mrs. Cobalt patted Jayce’s arm.

“You are a sweetheart, Mister Silver, but I assure you, I am quite alright. Now…”

One arm gestured towards the doorway back inside, while the other hand clasped Jayce’s arm.

"Absolutely I am famished. I hope Mr. Cobalt won't be too jealous that I've monopolized your time so much." 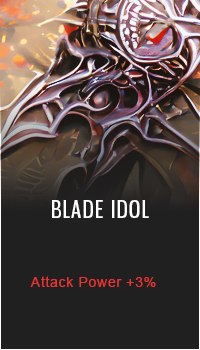 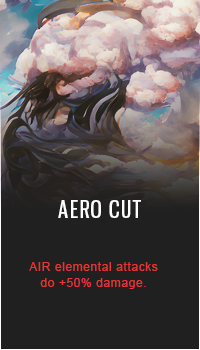 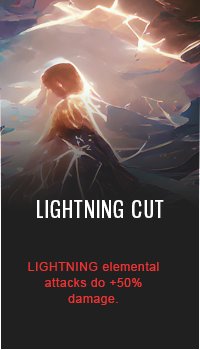