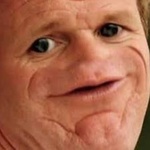 1 yr ago
Current Happy New Years
4 likes
3 yrs ago
You guys ever make a post, and then just hate it. That, that's the status
12 likes
3 yrs ago
@Alternate Sorry, that was me, just passing by
3 likes

In One Universe: Unlimited - A Marvel/DC Comics Roleplay → 6 mos ago Forum: Casual Roleplay

On the anniversary of D-Day


Another busy day at the police station. Ever since Superman disappeared the lower ends of society started poking their heads up, getting too bold for their own good, just not good enough to outdo the police. But every now and then, the juiced up freaks show up and make trouble.

Detective Williams, a middle-aged officer, took a deep sip of his lukewarm coffee, continuing to tap away at keys on his keyboard. Other officers around him were complaining about this or that, and there was always something to talk about when it came to those metas, whether they thought they were doing good or not.

Which led to his current objective, finding out more about this new Green Lantern. He never called himself that, but his outfit was exactly the same as the first one, except the first one never seemed to have some sort of apprentice, and if he was family then he'd have to unmask the first Lantern. A job he considered a little out of his pay-grade.

"Property damage out the butt..."

Williams muttered under his breath as he went over the crime scene reports, things he and other members of his precinct wrote up. In the fight, apparently the rookie hero ended up tearing down some walls, nothing compared to the fire, a lot of room for improvement though. Even ended up getting his rear knocked through a window.

The fire freak ended up getting sent to one of those super labs that used to help Superman, but Green Lantern ended up disappearing, nobody ever saw a green man flying out. So that means he must have changed inside. Looking through the incoming visitors and patients list for the day led him to give a deep sigh.

It didn't look good. But maybe this guy was as well-meaning as he seemed.

Scott's first sight over the city was just as spectacular as he'd dreamt. It was like an ocean in it's own right, glistening windows, clouds flowing past like sea foam swishing around in the sky. Willing himself to go faster, he whistled up, over, and under highway bridges-narrowly breezing past support structures and cars as he raced through the air. Scott traced multiple spiraling paths into the air as he blew through the city. A grin stretched over his face as he rose higher into the air again, spreading his arms out like wings, joining the birds up on high.

He thought he might keep floating up until the world grew small enough to fit in his palm, except he was much too scared to go that high, for now. Eventually he rose high enough to see the curve of the horizon, the edge of the continent, with clouds sweeping around him. Then the surface gradually began to grow, the once mottled surface resolving into vast fields, farms set on the farthest parts of the country. Cities became visible again, roads linking behind buildings, sights and storefronts raced past his vision in bright neon blurs.

Practicing flying had been a bit troublesome at first, if men were supposed to fly they'd have wings right? Scott had trouble rising, hovering, moving-he'd even tried flapping his wings, much to his embarrassment. After having flown through the sky for what felt like hours, he felt that it was obviously worth it, even if he had fallen on his butt dozens of times. Mr. Starheart mentioned having previous partners, and Scott wondered if any of them felt like this.
In One Universe: Unlimited - A Marvel/DC Comics Roleplay → 7 mos ago Forum: Casual Roleplay

Its been quiet in the OOC.

I mean, i wanted to make a joke about how Retired has finally retired...

Anyways, I finally put a rough draft of what i want to do with my guy. So hopefully my writing will look a bit better.
In One Universe: Unlimited - A Marvel/DC Comics Roleplay → 7 mos ago Forum: Casual Roleplay
Oohh nice, a batdad and robin post eh? Nice.

some point in the near future

The question on our minds, when is that post comin
In One Universe: Unlimited - A Marvel/DC Comics Roleplay → 7 mos ago Forum: Casual Roleplay
G R E E N L A N T E R N
Shout my name! (Part 5)


Walking up to his apartment, Scott suddenly remembered how messy it was before his 'accident'. The key turned, a click from inside let him know it was unlocked, along with the ease of which it turned, yet he hesitated. Fear, unease, these were the emotions that had put a stop to his stride.

"Is it your arm?" A woman from behind him asked. Scott had been released from the hospital after some further poking and prodding from the doctors, but otherwise was cleared; he didn't even need a cast, and was only prescribed a light amount of painkillers. Neat! Except his family had been called during the weeks he was unconscious, and the one who had come to look over him is his sister, Alexis Mason.

Scott liked living alone because that meant he could live how he wanted. As an artist he had several materials laying out in the open, purely for anatomical reference of course, but anybody else might misunderstand. Then there were materials you just didn't misunderstand.

"N-no, it's nothing." He muttered glumly. A cold sweat began to make its way down his back. Upon entering, he noted with some alarm that his apartment had been decluttered. However, to his eyes it was now messier than ever. His stencil kit, coloring tools, graphite tips, and most of everything had been moved. This was going to take awhile to fix.

Alexis cleared her throat, making sure she had Scott's attention, then continued. "Normally, hospitals call family and next of kin. Since you don't have any 'nexts', Mom and Dad got the call, then me."

Scott slowly turned with a gulp, his spirit had been caught in his throat, and he could send no reply.

"Doctors said they wanted me to make sure you didn't fall apart after leaving the hospital." She closed the door, then locked it behind her.

"And, since Mom and Dad can't make it, I flew over." Alexis gestured to herself needlessly, and continued to talk while pacing about. "And, considering my own circumstances, I was thinking about moving anyways."

"So, hurry and move.. on.." Scott smiled a wide, obviously insincere smile, and motioned to the door.

"Well, you know, starting your own clinic. Property values, clientele location, medicine rights, not to mention having to manage your own living expenses. It adds up!" Alexis then turned towards him with an equally fake smile, it was full of flowery cuteness that brought their parents low every time, not to mention the poor boys back in school. "Come on, help your big sis!"

Not one part of it sounded like a question, she had already planned to stay. At any rate she was family. Could he really say no? As if she could visibly see his willpower decrease, she switched her smile out. "Thank you!"

Scott sighed as he collapsed into a chair, without a fight, he had been utterly defeated.

'Damn that woman, she's so used to getting what she wants from Dad and Mom!' Scott shouted inside his mind.

"I'll be back okay, stay safe!" Alexis cheerfully said. Just as quickly as she had beaten Scott, she left, leaving him alone in his suddenly spacious apartment. Well, not quite alone. He still had some things he needed to ask. With some reluctance, he brought his fist closer to his face, an awkward pose to be sure, but important.

"Starheart, was it? Now that we have some time, tell me more about 'us'?"

"... Scott Mason, thou art my partner. Thou need only thine will-" The Starheart started to respond, before it was abruptly interrupted.

"Hey, shut, we did that already. Skip to telling me what you are."

"Then I shall reintroduce myself. I am the Starheart. I speak, work, and empower thou through this medium of thine choice. A ring. I am a gathering of unfathomable, cosmic, energy from the furthest reaches of the cosmos. My kind live in a nebula, ordinarily merely watching the universe around us. Due to reasons outside of my control I have been living on Earth." Starheart said calmly, as if merely reading a textbook description.

Scott nodded with wide eyes, clearly impressed. "Ah, only through the ring? So you're not actually inside me, no chest bursting?"

"No, although I am lending my power to slowly heal thine body, I am not physically inside thou." The Starheart continued on while Scott began to examine the ring closely. "Unless thou were to swallow the ring, then I shall be."

"Don't worry about that." Scott insisted, making a gesture of waving it off with his other hand. "Alright, next question, how old are you?" He asked earnestly, looking directly into the 'lantern' emblem in his ring, as if making eye-contact.

"Is that important?" The Starheart seemed to be at least a little surprised.

"It is, since we'll be working together from now on." Scott nodded eagerly. After a moment of consideration the Starheart continued on.

"Whoa, you're totally older than me! Mister Starheart, you must have tons of fighting advice!"

"Oh, super humble! Also, isn't this a little, conspicuous?" Scott gestured to his ring finger with his other hand. Even though he said that, he also felt a tiny ring was innocuous, maybe he could just wing it?

"Indeed? Thou could choose to hide it."

COVID finally caught up to me and kicked my ass this week. But I'm still making tiny progress toward a post.

my youngest turns one.

Nah nvm, you need the prayers more
In One Universe: Unlimited - A Marvel/DC Comics Roleplay → 8 mos ago Forum: Casual Roleplay
Dang I lost the 69th post to batgirl?