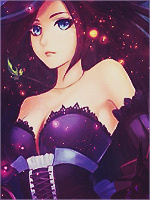 Jen could tell they are ready to go and lead them to the Dojo. Jen and Aura sense the powerful aura barrier to keep anyone from entering the cave. Aura is curious to meet Mai’s mate and some of the members of the Lucario trib.
© 2007-2017
BBCode Cheatsheet