Moderator
9478 posts
in 2526 days
Seen 19 min ago
Bio
Malcador (and by extention Jaelle unless Liv says othereise) is now at the gas station and if our GM would like, I can have him start questioning the witnesses by week's end once I have returned from the my vacation. Or I can edit accordingly :)
1x Like

Ok things are about to happen at the Gas Station!

Firstly - The Petersons did indeed see the accident. They saw the car in question come tearing out of a dirt road (Cookingham Road) about six miles away. The SUV was weaving erratically and going way too fast. It left them in the dust but they passed the scene of the accident a few minutes after it happened. They called it into the police. This is the payoff for Primrose's clue. After they pass on this information a car is going to arrive and two men are going to get out. Their intent is to snatch and silence the Petersons. If they realize you are interrogating her they will try to kill you also. Worse still, they seem to be mostly resistant to magic....

What would you guys prefer? you could investigate the voodoo clue, continue to banter, or we could introduce a new clue from the information Fynn has been gathering.

226 posts
in 245 days
Seen 1 hr ago
Bio
I think some healthy banter plus a clue would be nice.
Hidden 6 mos ago Post by Fetzen
Raw —

So just to be clear... rather than trying to talk to the witnesses we all decided to go back to headquarters?

As I tried to describe in my previous most, Fynn really would have liked to pay a visit to the gas station and get his hands on the CCTV recordings and other stuff, but also was under the impression that the cops might have just the same idea so the confrontation Eleanor tried to avoid by buying time would just happen there instead of the accident site and ultimately be caused by him. So he decided against that and drove straight back to the offices in order to have a deeper look into the data from the car he did not yet have the opportunity to analyze in detail on site.

I hope that decision was within reasonable bounds :)

If I might try and propose a solution: Any potential clue that cannot be retrieved from the gas station right now because many of our characters are already back at HQ could still be tried and retrieved later from the police who might have done the job in the meantime. Either by just going there and talking to them in the charming enchanting manner our characters have to offer and/or by not so perfectly legal intrusion, be it physically or via the internet.

So far I imagined the HQ to be pretty much standard offices rented from some company that either doesn't know or doesn't care to ask questions about all the modifications potentially going on in there. I really do like the suggestion of them having been an abandoned floor though!
Hidden 6 mos ago Post by PatientBean
Raw —

Cohors None (Is) So Vile

Member Seen 18 days ago
Cohors
None (Is) So Vile

4075 posts
in 2095 days
Online
Bio 1 hr ago
@PatientBean As you probe the computers you seem to keep coming back to entries Madame Lafitte's a club/longue in the French Quater. There is even an old case file that mentions the place but dosen't provide any detail other than notation: Aua, das tat weh. This is the pay off from Alyx' clue.
1x Like

226 posts
in 245 days
Seen 1 hr ago
Bio
@Penny Did you want me to post before you? Only asking because Fynn is attempting to contact you and the next steps for me would be to leave and go to the club.
Hidden 5 mos ago Post by Penny
Raw —
GM

4075 posts
in 2095 days
Online
Bio 1 hr ago
@PatientBean I've been pondering this and I have a couple of options.

1. Eleanor picks up about the time she reaches the gas station and asks for Prim's help with a veil.

2. She doesn't answer which is odd because she always answers and then you proceed to the club.

3. Is there a third interesting option you want to explore?
Hidden 5 mos ago Post by PatientBean
Raw —

4075 posts
in 2095 days
Online
Bio 1 hr ago
This raises the question what songs does Eleanor use for your characters ring tone....
1x Laugh 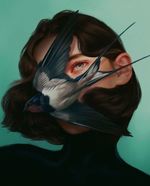 4075 posts
in 2095 days
Online
Bio 1 hr ago
@Atalanta Constantly calling people in the middle of the night because she is bored.