Fight for the Ruby Throne {Looking for Prince(s)} 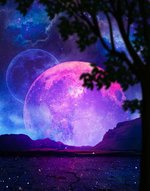 24 posts
in 185 days
Seen 1 mo ago
Bio
The fight for the Ruby throne, a tradition which takes place whenever the current emperor steps down from his position or passes away. The Ruby throne has sat and watched countless generations of emperors slaughtered, the gilded chair being the ultimate symbol of authority over the nation of Klifengard. But who expected the chair to turn into a beautiful woman with golden locks and ruby eyes? Who expected her to be completely unaware of why the emperor's blood drenched her snow white dress? Who expected the guardian of Klifengard to have been residing within a golden cage all this time?

Now, as the fight for the Ruby throne closes in, the many children of the emperor know that this is a chance not only to claim the throne but to forever establish their own bloodline as the most legitimate imperial blood through the heir created with the guardian. But unexpected twists and turns lead to the crown prince to face off against the brother he least expected to win; the one he thought he had crushed beneath his heel long ago. Just who will win the throne and the heart of the guardian? Who will lose their head?

So this plot will focus upon the two princes and the guardian of Klifengard, their relationship with one another, and the bloody battle for the throne. There is also the darker mystery of who killed the king and why that can also be explored, but that will be on the back burner for the beginning of the role play. But I’d play the guardian of Klifengard myself and would double up as the imperial prince unless you would like to double up or turn this into a 1x1x1. The fine details are undecided as this plot is meant to be tailored to the princes and to play out their past together, and explore just what the guardian is and how long she had been within the throne… and if she has been in and out of her cage over the years.

If you’re interested please send me a message with your prince(s) and their backstory. Questions and ideas are welcome! ^_^
Hidden 6 mos ago Post by Eternal Dreamer
Raw —
OP