4793 posts
in 3235 days
Seen 20 hrs ago
Bio
The participants are modern day treasure hunters. If you have ever seen the movie, "Sahara", they are similar to the role William H. Macy plays. He owns a ship and scours the planet searching for sunken treasure. This would include Matthew McConaughey and Steve Zahn's characters; searching for the wreck of the CSS Texas.

In this Roleplay, your character is a crewman aboard a salvage ship used to search the earth for sunken treasure. The ship is currently docked in Honolulu Harbor. There are other hunters searching for some of the same treasures. You are looking for a specific treasure from a pirate ship that sank or was lost 170 years ago.

Your ship is named after the old English ship, “Charles Henshaw” that was boarded by pirates and relieved of her prize. But no one knows what happened to the “Castillo del Mar” which made off with over 28 million dollars' worth of gold. Did it sink somewhere south of Hawaii, or did it evade the British Navy to survive and hide its treasure somewhere else?

Will the other treasure hunters work with you when clues are discovered leading to their current location, or will they impede your progress and make life difficult for you? 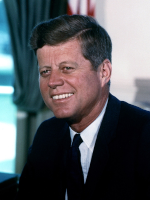 4011 posts
in 2037 days
Seen 1 day ago
Bio
Sahara is one of my favorite modern adventure movies. Also I'm a huge sucker for wreck hunting...
2x Like 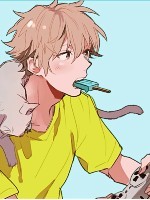 Hi everyone, please come join this rp! I think it's gonna be very fun and you can hunt for treasure in the modern day, learn about history, a little action and a little adventure and maybe a little slice of life on a ship and then after all that you may also have the chance to travel back in time and be a pirate. Arrrgh matey sounds pretty exciting, right? Come join plz you can use my CS as an outline.
1x Like