36 posts
in 1386 days
Seen 8 mos ago
For those unaware, Frostpunk is a video game where a deep freeze has taken over the world in the 19th century (I believe). Scientists foresaw this and so different civilizations sent several expeditions out to find perfect locations to build these giant steampunk generators that produce large amounts of heat. They run on coal so you have to make sure you are gathering enough coal to keep it running as it gets colder.

You also have to keep your people safe, healthy, and fed. Enacting laws and sending out scouting parties. Trading with other settlements and maintaining order amongst the people.

My idea for this rp is a Slice of Life set in this game. Our settlement will be in a long canyon guarded from the harsh wind. The generator isn't powerful enough to heat the entire canyon so we rely on Steamhubs along the crevice to heat every district. The richer, upper class live in the center, around the Generator. The rest of us live in the Coal or Steel districts, the Food District, the Wood District. We're not restricted from venturing to other districts, mind you.

Or we can play as coal miner's, gatherers, scouts, or farmers in hothouses who are tired of the Inners getting special treatment and soft labor. And starting up a rebellion.

Interested in hearing any other ideas people may have. And of course I am looking to include romantic and sexual scenes so be over 18 before sending me a PM. But, that said, if interested Message me. Don't reply to this thread. Thank you.
Hidden 1 yr ago Post by DirtyFunStories
Raw —
OP 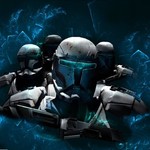 12 posts
in 454 days
Seen 6 hrs ago
It's a fairly interesting idea you have there and a fantasic setting idea. it gives me feels like the city of ember. another setting that would be awesome to try.
Hidden 1 yr ago Post by DirtyFunStories
Raw —
OP