97 posts
in 915 days
Seen 27 days ago
Alright! Yes, hello! Nice to meet you! This is going to be my first attempt at starting a 1x1 interest check. At time goes on I'll naturally be updating it with new information, ideas, and cravings.

- I'd like to see at least a decent paragraph, if things just won't stretch then at least give me more to work with than "And he/she ate an apple while looking at you". I can go anywhere from a paragraph to a multi-paragraph megapost, it just depends on who I'm writing with and how I'm feeling about the story.

- Please be at least 18 years of age. This is a thing of comfort.

- If you're not gonna get a reply out in a few week or so, I'd appreciate a "hey, still alive, wanna keep going!" Or a courtesy "Don't think I'll be able to keep going". I'm easy about it, you can let me know it's time to part ways. I myself can usually give you a reply every few days, more depending on the length we're posting at and how well the brain juices are flowing.

- Just let me know what you do/do not what from the roleplay. There isn't much I'll shy away from but I know people have their limits.

- Don't ask me to play a Canon character from a fandom. I won't do it and I won't entertain the idea.

-Be prepared for 18+ content, sex, drugs, violence, foul language ect. Fair warning I like to smut as much as a lonely housewife reads trashy romance novels.

-Romantic pairings will be FxM however I'll happily play a platonic MxM pairing though I do typically main Male characters but can play supporting female characters well enough.

-PLEASE contact me via PM, it's the easiest way for me to keep track of people.


Blood Alone; The idea behind the manga series Blood Alone is one I've always adored, a sort of slice-of-life modern low-fantasy setting with a very relaxed and rather heartwarming feel to it.

Last Exile; Now, this one is a doosie. Last Exile is a crazy amalgamation of Diesel-punk, Post-Catastrophe, Quasi-Victorian, high-tech sci-fi dystopian skyfaring naval adventure. I really can't sum it up effectively without a lot of exposition so if the above sounds interesting, and you like what you saw from the link, hit me up!

Hunt: Showdown; This is a pretty unique one. It's set in a 189x's Louisiana where some unexplained event opens rifts into hell, allowing Lovecraftian horrors spill out and wreak havoc almost unchecked. Enter the Hunters. Men of paranormal ability, gunslingers, lawmen, bandits, war veterans; bounty hunters all. These men are sent in to fight the unholy plague and it's minions in exchange for the bounty set upon the demons possessing anything they can to physically manifest in our world. But beware, there are no rules in the Louisiana Incident's quarantine. Hunters will just as gladly gun you down as they would the monstrosities wandering the bayou. Rise up dead man.

My "Pairings"; Most of these I'm willing to play either role, the exceptions are those bolded and underlined, indicating that being the role I would prefer.

Got some ideas here:

GATE: Thus the JSDF Fought There style Soldier/s x Fantasy creature setup type deal. If that is your thing, ask and we can work something for it out.

Sci-fi/Steampunk airship/Space clippers! I want to have adventures through endless seas of clouds, stopping at floating islands between whatever shenanigans we find ourselves in. Or perhaps a ship that sails upon solar winds through a aether sea to worlds unknown. This is open to pairing suggestions, I'm open to ideas here.

Trials in Tainted Space:
If you know what this is and want to play as a whole lot of aliens, just say so. We'll make it happen.

Nobleman/Wealthy merchant who happens to be a collector of the exotic. Exotic tea, exotic spices, exotic clothes. But, his true passion is the collection of exotic servants and pets, some more sentient than others. I'd like to explore a plot and setting that leans heavily into servitude and the ownership of a people/creatures that are very much sentient. On the face this is about slavery but I don't intend on it being the usual "dynamic" you'd have in a roleplay of that type. If you're alright or even interested in these themes hit me up about it and we can discuss the details! (NOTE: THIS CAN BE FANTASY OR SCI-FI)

This is by no means an exhaustive list. Play off these ideas and pairings to your heart's content. I would like to emphasize that I am open to idea suggestions.

With that in mind, I'm all up for solicitations on any of the above genres if you have pairings and plots you'd like to try out. Just send a PM and start a conversation.

Alright, I think that's it for now. I'm always open to new ideas so please feel free to throw your ideas my way! 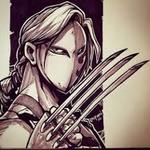 542 posts
in 2664 days
Seen 1 yr ago
I'd be interested in your hunt\showdown. As a hunter or demon.
Hidden 2 yrs ago Post by Silent Showers
Raw —
OP

97 posts
in 915 days
Seen 27 days ago
Updated, on a pretty bad Sci-Fi kick as of right now.
Hidden 6 mos ago Post by Silent Showers
Raw —
OP