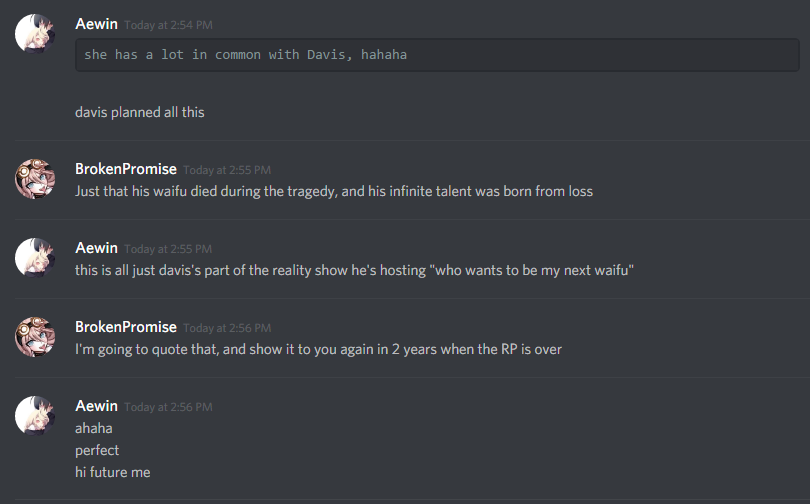 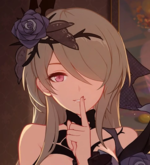 You're still mad I dissed your waifu while being your other, hotter waifu.

Also did u no I added a section for you on my bio page a few months ago?
Hidden 7 mos ago Post by FamishedPants
Raw —

I do no retract my statement. Also probably.
Hidden 7 mos ago Post by BrokenPromise
Raw —
GM

I don't always do 1k word adds in collabs.

But when I do, they make me tired. 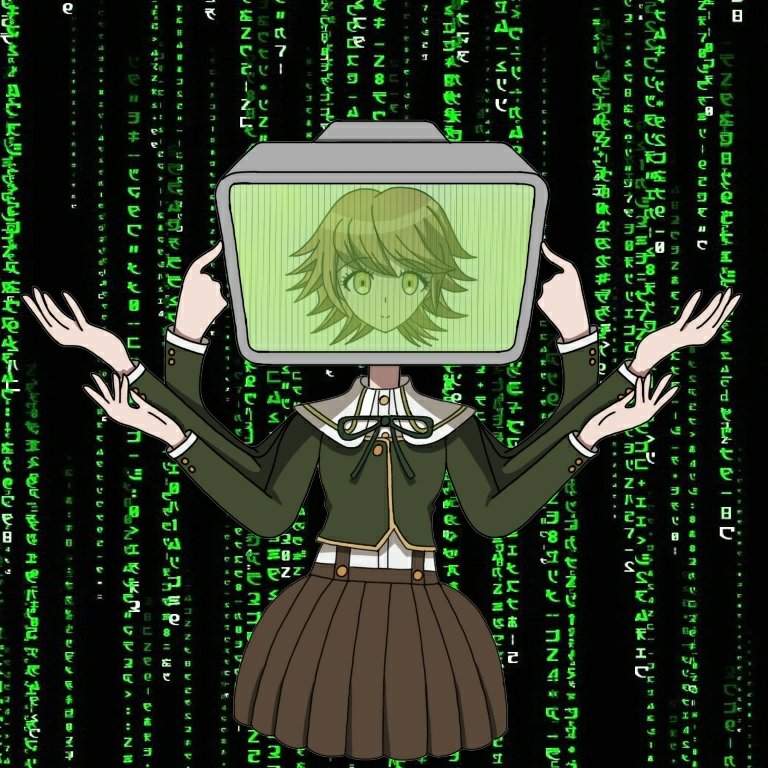 Truckin' do something about it.

A tense moment before the Collab's finale.
Hidden 6 mos ago → 5 mos ago Post by BrokenPromise
Raw —
GM

The RP isn't quite over yet. I think now is a great time to tie up any lose ends with the characters before they leave the helipad, at which point the RP will end.

I'm sure you guys wanna catch up with a solo post, which is great. After that I have a few collabs I'd like to do with you. I'll list the ones I wanna do later.

If you want to do anything with NPCs, you're free to use them however. Alternatively, I can play them if you wanna do a thing.

It's been a ride guys. I've gotta pizza to make, but I can't stop grinning. Haha!

These are just ones I could think of off the top of my head. If anyone wants to do anything else, feel free to tell me.

NPC Interactions I'd be up for

2515 posts
in 1692 days
Online
Bio
Just figured I'd do a quick update with everyone so that y'all know what's up.

@Majoras End just finished their second collab with me.

@Mateotis and I are almost done with Daimyon's collab. He decided to wrap everyone up in one collab which is why it's taking so long.

@FamishedPants is aware I really want this RP to last into the new year so that it can be a 4 year old baby. That's why we haven't started yet.

Will likely write the Denis Orlov & Lucy Fairglave "collab" over the weekend. Gunna be mega cute.
1x Like 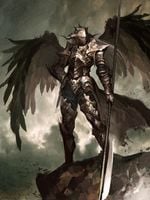 It's been a pleasure writing with you all. <3
1x Like

There's that post which totally isn't several weeks late. Now I've just got one collab left and the RP capper.

2515 posts
in 1692 days
Online
Bio
Implying it's not actually his cyberpunk 2077/Dead by Daylight addiction holding things up.
Hidden 3 mos ago Post by FamishedPants
Raw —

699 posts
in 2477 days
Seen 1 hr ago
Bio
Delayed as it was, I do hope this Valentine's Day present is acceptable. It was pretty slow once most of the cast had left and I'm a culprit, but I'm happy we stuck through to the end. I have been doing this for a decade or so and I can count the amount of RPs that have concluded naturally on one hand.

It really was fun, wasn't it?
Hidden 3 mos ago Post by BrokenPromise
Raw —
GM

2515 posts
in 1692 days
Online
Bio
I was tempted to write a conversation between Kara and Alter Ego, but after thinking about it that both felt redundant and like sequel bait. So I’m going to call the RP done.

And there you have it. It took 4 years and a month, but we completed RPG’s first Danganronpa RP. This is the first time I’ve taken on a project that lasted longer than two years.

Being that I like to ramble like an old man, I’d like to talk about part of my creative process with Tower of Carnage. In particular, the theme and setting.

The setting was easy to decide. I hadn’t played DRV3 when it came out, but after playing SDR2, I knew I wanted everything to be a role playing game. This also ties into the theme for Tower of Carnage, which is conquest and carnage. On their own they are just words that people use to convey a lot of different things. Not too different from hope and despair really. The conquest and carnage I’m talking about comes from when you dedicate yourself to a difficult task. Some see it when they want to learn a new skill, others when they want to go up the ranks at their job, and you may encounter it when you post in an ongoing RP. Conquest is completing your goal, and carnage is the sacrifices needed to get there.

In retrospect, I probably could have called them determination and sacrifice.

Danganronpa frequently calls hope and despair two sides of the same coin, and you can’t have conquest without carnage either. Anything worth attaining comes with sacrifices. The good times don’t stay good forever, and the bad times pass too if you stick with it.

I think the high point for ToC was around the 2-3 year mark when activity was at its peak. Most of the old players came back and at a point we had more people than we started with. Then after the third case, life reared its ugly head and people scattered. The time to call it quits was then, and it was something I was seriously considering. But I said I’d finish the RP if I even had one other person to write with, and I don’t go back on my word easy. I was blessed with three.

And now with the RP completed, I’m forced to ask myself if it was worth it. Was it worth writing for that extra year or so with a fraction of the player base at a post rate that’s a bit slow?

Gunna be honest with you, I enjoyed every post.

It’s been really fun. I have too many favorite moments to name just one, but I really enjoyed everyone’s reactions during the final trial. That includes the DMs from players who left but still keep up with the RP. I know two lovers that exchanged gifts, and one of them was themed after this RP. I know a different group who were able to bond in our discord when it was still running. And I’ve conversed with a lot of great people and have memories that I doubt I’ll soon forget. It’s these types of encounters with people, however brief, that keep me invested in the hobby.

I think I’ll keep the RP open for another week in case anyone wants to drop a message or something. But I’m signing off. PMs and DMs are always open.

Life has been pretty crazy. A lot of big, positive changes are going to happen to me over the coming months. They’re also taking up a lot of my time however. So I don’t have the flashy header image I was going to prepare for the occasion.

I would like to announce an upcoming RP I’m going to be starting. Symphony of Espers (SoE) Is going to be a superhero/paranormal type gig. I haven’t nailed down all the specifics, but it’s going to have the player characters assume the roles of gifted people called espers who fight monsters and sometimes each other. While it’s clearly more combat orientated than ToC, it will have all the hallmarks of a good RP: Cunning antagonists, political intrigue, shenanigans, and soul crushing despair.

Also gunna tag @ERode for ABSOLUTELY NO REASON WHATSOEVER but he probably has a thing or two to do with the project.
3x Like

Well, while I'm here, might as well say a few words.

I'm not really good with the whole sentimental thing, so I'll try to keep this simple. I never expected Boss to go ahead with the idea of making a Danganronpa RP. I was okay with him not doing it, so when he reached out to me, it was a surprise. Well, besides having to show my crappy writing skills back then (and my writing was still crap at that time), I was kinda hyped to be a part of it!

But then, life decided to force me into a hiatus off site. Months pass when I check back on the guild and deciding, "Maybe I can come back." At the time, everyone was already in Chapter 1.

Speaking of everyone. Yes, my antics in the Discord were annoying. Yes, my self-loathing almost had me leave once. And yes, my over-ambitions might've tanked my rep with you guys. And I'm sorry. I'm sorry some of you had to tolerate this stupid kid these past few years. And if you didn't feel that way, well, might as well get this out of my chest now, right?

But you know, I'm...glad I stayed. I'm glad, cause believe it or not, I grew attached to these characters. Hell, I grew attached to Alice. She was probably the first character I had that went through proper character development (Not to mention my first character in a relationship. Hi Aime, if you happen to see this!) I even drafted alot of solo designs for her. Again, I'm sorry about going too ambitious when it came to her.

Thank you. And here's to the next project!
1x Like