524 posts
in 1449 days
Seen 6 hrs ago
Bio
In the long long ago when I had entirely too much time for writing, and Smashmouth was still enjoyed unironically, there was a super community run writing contest. It was fun. This is going to be that but more better.

The concept is as follows:

- A prompt is chosen
- Folks have one month to write a short story based on that prompt and submit it as well as a new idea for a prompt anonymously
- Every one who participated votes on which story was best, not voting for their own story as that is super weak and against the rules
- Explaining why you chose which story you voted for is encouraged as is constructive criticism
- A winner is chosen and gets to chose the prompt for the next month
- The winner may chose to let folks know he/she won or remain anonymous
- At the end of the year maybe we see who won the most or maybe not, it's mostly just for funsies and to develop our writing

I would like to begin this in April which means we have the remainder of March to pick an initial story prompt. We may as well vote on that as well. If everyone interested in participating in a monthly Short Story contest could suggest an initial prompt by say March 26th then by the end of the month we could democratically pick one to start with and have a jolly good old time.

Prompts could be things as simple as Universal Themes like Loss, Love, Balance, or Time or Settings like Wild West, Fantasy, CyberPunk, Warhammer or a combination of things if you want to be more specific. You might also make the narrative style part of the prompt, like First Person, Third Person, Third Person Omniscient, or Unreliable Narrator.

My idea is "Loss in a Fantasy Setting"

It's a pretty vague prompt which is in my opinion usually for the best. It could be mega edgelord "Drea'th Manslaughto, last of my tribe" or it could be "Timmy got bombed on Orcish Grog and lost his life savings in a game of Halfling Toss" or anything in between. But if anyone writes that second one I think we have a clear winner.

"To What Lengths Does a God Go To Protect Their Friends?" suggested by ZAVAZggg
(1 Vote from Kalleth)
2x Like

Kalleth Let me tell you / a story friend...

Member Seen 22 min ago
Kalleth
Let me tell you
a story friend... 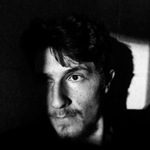 "They say he still roams the forest, stalking unwary travellers in search of vengeance..."

Doesn't strictly speaking have to be a horror themed story, but I love the idea of playing with the line between a story and the effect it has on the real world.
2x Like

Member Seen 1 hr ago
sassy1085
The Queen of Sassy 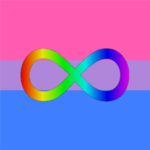 1872 posts
in 1905 days
Seen 1 hr ago
Bio
My prompt idea would be: friends turns Lovers turn enemies
1x Like

Kassarock I had a fancy colour one of these, then RPG died

Member Online
Kassarock
I had a fancy colour one of these, then RPG died

710 posts
in 2649 days
Online
Bio
My vote for the first prompt would be for Bango's suggestion Loss in a Fantasy Setting, I have an idea already.
Hidden 1 mo ago Post by BangoSkank
Raw —
OP

524 posts
in 1449 days
Seen 6 hrs ago
Bio
I changed the first post a bit to reflect the choices so far and I voted for Campfire Stories Made Real.
1x Thank

Kalleth Let me tell you / a story friend...

Member Seen 22 min ago
Kalleth
Let me tell you
a story friend...

Member Seen 1 hr ago
sassy1085
The Queen of Sassy

524 posts
in 1449 days
Seen 6 hrs ago
Bio
I will post up the contest later this week, but for anyone thinking of joining in just going to call it now and say the prompt is going to be
"Campfire Stories Made Real"
1x Like

Contest Mod
1393 posts
in 2629 days
Seen 3 hrs ago
Bio
@BangoSkankI didn't know you were planning this. I'm okay with people holding their own contests, but if possible I would like a heads-up so I can plan accordingly and make sure we don't have too many contests running at the same time.
Will this be held every month?

524 posts
in 1449 days
Seen 6 hrs ago
Bio
That's the idea, monthly short story contest with the prompt chosen by the winner of the previous contest.
Hidden 13 days ago Post by Calle
Raw —

Contest Mod
1393 posts
in 2629 days
Seen 3 hrs ago
Bio
That might not leave room for the RPGC's then, I don't think we'll have many people joining 2 contests at the same time.

But you can do this first one and we'll see how it goes. I'll pm you to see how we can fit in this contest with the other contests of the guild.
↑ Top
© 2007-2017
BBCode Cheatsheet