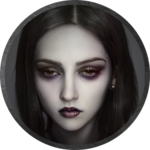 6 posts
in 13 days
Seen 20 hrs ago
Hello again! This is my second RP advert! This time around I won't make you read through my whole introduction~ But here it is in case you need some info on who I am and what I'm all about:

Hello there! I'm Ashtea, and I'm looking for a partner to do a brother x sister pairing with. I'd like to play the brother in this scenerio. Before we get into the details of the RP itself, I'd like to take this moment to introduce myself, since this is my first post! I'm a long time roleplayer, with 20+ years of experience. I consider myself a high-casual roleplayer, though at the same time I like to think I put advanced levels of thought into my posts, even if the overall post length just isn't there.

I come from a roleplaying background where MOST of my partners were very... anti-male? So I'm hoping to get a chance to play some of the male characters I've made up over the years and just never got to play -- it seems like they have a better time around here from what I've seen so far~ Given that this isn't my usual medium for RP, please be patient with me as I try to adjust. This is going to be a different experience and you might have some expectations that I don't expect and I'm unprepared for.

I don't think I ask for too much from my partners. Basic spelling and punctuation. Good English grammar skills. Typos happen, and I understand that, but I don't want to feel like I have to translate your posts every time I read them! Other than that, just post with some detail~ Use adjectives! Put some soul into your posts and I'll try to reciprocate with the same!

I tend to include smut in my RP, so any partners I have should be 18+ -- this isn't really negotiable, unless you're just a couple of days away from turning 18 -- long enough that by the time any smut comes up you'll have crossed that threshold! While I do enjoy a little bit of smut to my RP, and I tend to expect it to some extent, I don't like to do RPs that are ALL smut and no story...

I don't do fandoms. Sorry, but I don't feel like I know any one world well enough to pull it off, and I don't like to play someone else's characters. I don't mind playing in similar worlds, with maybe even characters partially based on some established ones, but I don't want to play 1 to 1 recreations of established stories and characters.

Pairings I do vary wildly, and I'm up for ALMOST anything... though some of my favorite pairings are essentially Slave x Master and Brother x Sister -- things that don't seem like they pop up too often around here, but I'm hopeful! If you have other ideas, feel free to PM me. Worst case scenerio, I'll say no.

I noticed that a lot of people like to use 'Face claims' -- which is an unfamiliar term to me, but I figure it just means a picture representing their character. This is fine~ Great even. I like visual representations for characters! There's just one thing... I don't like using real life photos of real life people. It's a huge turnoff, sorry~ I don't mind if you don't want to use anime images or something, but at least find some sort of artistic representation. It'll go a long way with me!

And with that, I think we can get into what I'm after here!


So this is an advert looking for one to three partners for a slave/master setup! For this RP, I'm willing to play either male, female, or futanari though I am looking to play the master in any given scenario.

As usual, I'm mostly looking for people I can brainstorm some ideas with! We can figure out characters, and do some worldbuilding and come up with a story that the both of us can enjoy for the long term. That said, here's some of the basics for what I had in mind:

I'm looking for female slaves; youngish, pretty. Maybe she's a little standoffish, or haughty if she's recently enslaved -- or a bit more agreeable, content, and reasonably obedient if she's been in a collar for a while. She could be purchased in a typical slave market, acquired in some sort of trade deal from a private owner, or maybe she's even entered into the life of a slave willingly, as a means to pay off debts or provide for her family.

Sex is very likely to be a factor in RP, so you should be 18+. The details for how graphic those scenes are likely to be can be discussed in PMs. I know I didn't go into a lot of detail here, but hopefully if you're curious you can PM me and we can discuss some of those details and come up with something fun! Thanks bunches~

This has been a bit slow, so I figured I'd offer up an idea to help push things along.

You've been a slave for the better part of the last month. Captured on the road, and sold to a wealthy merchant who so far, has been very keen to dress you up in skimpy outfits and show you off to all of his friends. He hasn't touched you, and his wife wont let him bring you into the house at all, but it's really only a matter of time before he takes advantage of the fact that he quite literally owns you.

One day, you're taken into town once more, to be shown off to the general public as a status symbol for the merchant if nothing else. While sitting down to relax at the local tavern, your owner gets into a game of cards with a traveller -- and loses. A lot. Hand after hand he loses more and more money, desperate to make it back so he can go home and pretend none of this ever happened... but soon, he loses it all. No more money. No more house.

That's when the traveler makes him an offer he can't refuse. He'll play one more hand. If the merchant wins, he gets everything back. Every cent. All the deeds to all the property... and if he loses, he still gets it all back -- but the traveler gets to keep you.

Naturally, the merchant loses, and you end up in the possession of a total stranger. Lucky for you, he treats you decidedly more like a human than your last owner did... Unluckily for you, your former master is intent on getting you back, even if it means your new master ends up dead in a ditch somewhere to get it done. So now the both of you are on the run, and only time will tell where your adventures will take you.

I'd be playing the wandering gambler. He goes by the name Jack Spade. He's a professional gambler, former slave, and presently a fairly well accomplished rogue. He's also an amateur inventor and insufferable womanizer, but at least he's nice and lets you sleep in a bed and buys you nice things to wear instead of making you sleep in a stable with horses, or out in the rain. 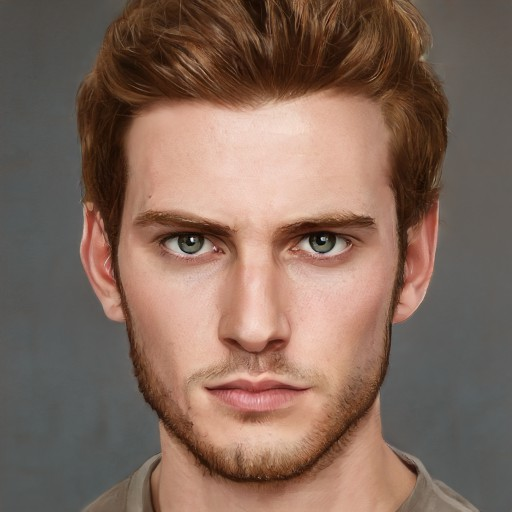 6 posts
in 13 days
Seen 20 hrs ago
Slight bump to point out the idea at the bottom of my original post!
Hidden 11 days ago Post by Ashtea
Raw —
OP