Of Petty States: A Warhammer NRP 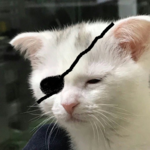 Bio 24 hrs ago
Hey fellas, its me your boy Andy again coming at you with an NRP. This one is to be set in the Warhammer Fantasy Battles setting. Perhaps different from other fandom NRPs this one won’t take place in the “whole world”, but rather we are to be constrained to a rather small area, but a very diverse one! I was largely inspired for this by Total War Warhammer even before the announcement of the third installation in the series but this will I hope create hype for this NRP.

The aim of this RP is to create a very contained but active environment. Within the bounds enclosed of this map you can find dwarfs, skaven, empire, vampires/necromancers, greenskins, beastmen, wood elves, brettonnians, and chaos cultists. I will allow people to take regions outside of this map, but only if either 1) the map is more or less entirely populated or 2) they make a very compelling case, and the group they want is located adjacent to an already filled claim. 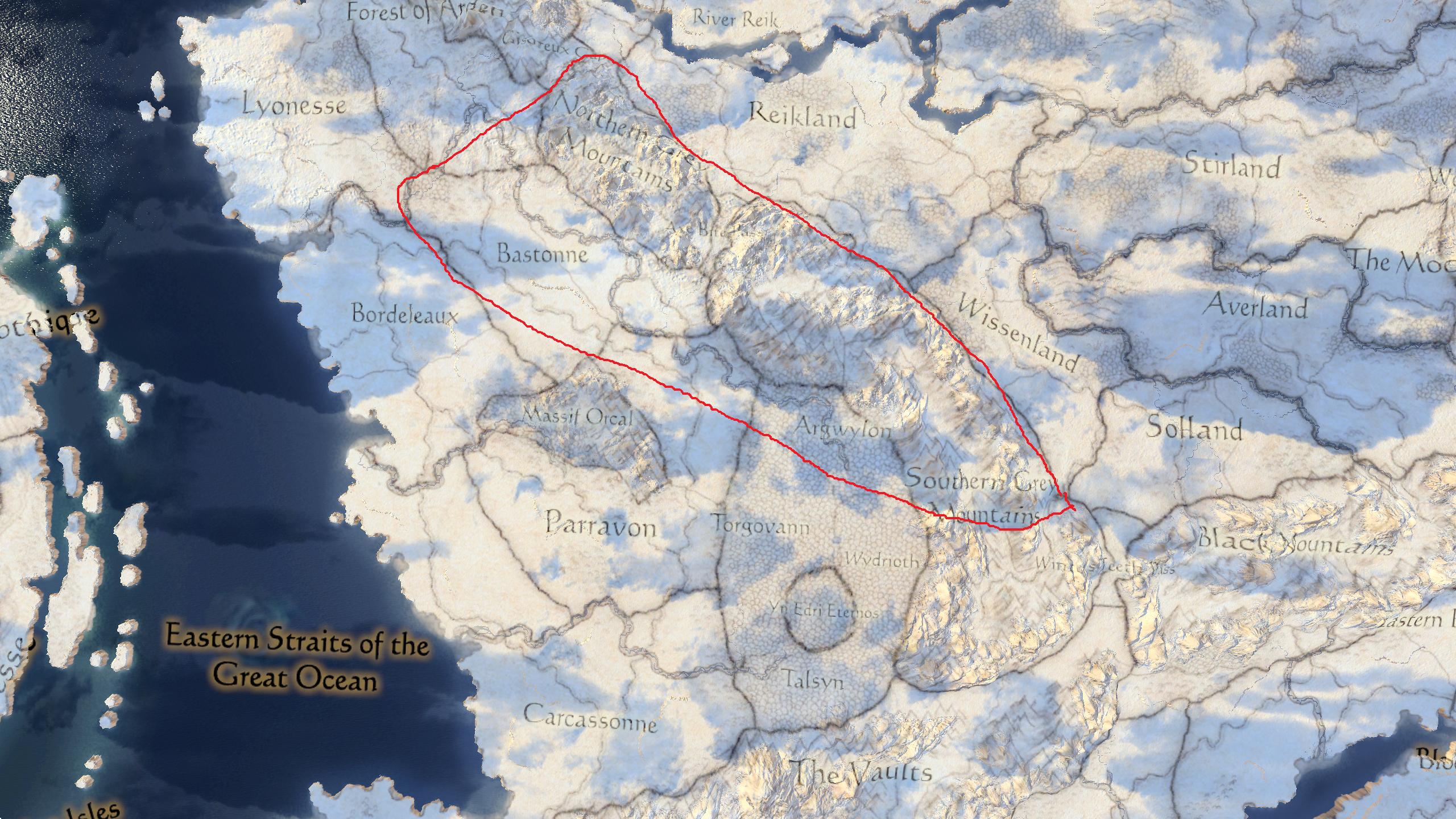 It is important to note you do not play civilizations here so to speak. You will not play all of Athel Loren or the Empire. Instead you play as a smaller ruler and their immediate domain. Good examples would be the Duke of Quenelles, the Imperial Governor of Helmgart, the King of Karak Ziflin. Indeed you don’t even necessarily have to hold any static territory. You may represent a family of vampires infesting Brettonnia working both their soft power in covertly corrupting the nobility and their hard power amassing undead legions. You can likewise be a roving band of beastmen or forest goblins. Encounters will be created with me rolling for events for each player and picking the corresponding number from a list. Every time a good event is taken from the list of events, it will be replaced with a bad one. Every time a grand event is taken, it will be replaced with a minor one. Both have their contrapositives true.

The meta rules will be typical NRP ones: do not meta-game, contribute to the RP more than once a month, do not be a dick. If you need clarification on any of these I don’t want you here.

Though it is a work in progress, here is the character sheet we will likely abide by; when the main thread goes up this will most likely be accompanied by an example sheet of Nuln.

Faction Name: what is your played group called internationally

Flag: preferably one in lore but you may design it yourself

Held territory: for now simply draw it upon the provided map, and describe it with words. Bonus points if you go into details i.e. if you are the governor of Helmgart describe how as one goes deeper into the pass the territory becomes… disputed with Brettonnia, or if you are a Dwarf Karak then mention how deep and wide in the underway your patrols go, how far your miners can delve safely, how far on the surface rangers insure safety for Dwarfdom, etc.

Ruler: I am going to allow some leeway here. In a lot of cases you will make this up, but in some cases where the ruler of a place exists you may replace them or take “creative liberties” with them. For example King Rorek Granitehand of Karak Ziflin doesn’t have too much on him, so you may freely describe him and his Kingdom if you play him or replace him in entirety (though, preferably with his son or something of the sort). Here I want you to give a quick description of your ruler. How old are they, how competent and experienced are they, what is their international reputation, what do they look like, what are their flaws and excellencies. You may follow a defined CS for your ruler here, just insure that you give us a good idea of this person. I’d also here like a quick rundown of what trouble your ruler has to manage, what are their problems. Perhaps there’s a nascent chaos cult making alliance with beastmen in the forests. Maybe embezzlement from a previous treasurer is leaving you nigh bankrupt albeit with some suspicious well made villas in the countryside. It’s possible there have been a lot of sightings of rodents of unusual size.

Economy: Describe how your nation gets its money, how much of it there is, etc.

Resources: Similar to the above and very heavily inter-related, this is important here because money can’t get you everything. You can have a pile of gold but it won’t be able to raise you regiments if you lack the bread to feed them. So, describe here what your nation produces be it iron from rich mines or food from rolling fields. Then, describe what it lacks and is forced to import. All nations will have some measure of autarky as in being cut off from trade just by itself will not collapse you, but there will be serious repercussions that your detractors may take advantage of.

Active Service: Here describe what forces are immediately under your command that you may send whenever and wherever you like. For Helmgart/the Empire, this will be State troops, your governor’s greatsword bodyguard, perhaps a wizard and/or witch hunter in your service, and members of resident Knightly Orders’ Chapter Houses. For some factions this will be very small, i.e. for a Dwarf Karak this will be more or less solely just your ironbreakers and hammerers, miners, rangers, and your air corps. However such nations will be able to draw upon their reserves far faster. Preferably describe this as regiments, but that is just a cherry on top. Try to also mention who is deployed where.

Reserves: Your reserves are what you cannot call to battle right now but first need a mustering to call upon. For the Empire/Helmgart these are your huntsmen, your free company, your pistoliers, as impromptu forces. There are more elaborate and elite ones too however such as your for example a detachment from the Imperial Engineers with Hochland long rifles. For some nations your reserves will be the bulk of your army, for example the Dwarfs relying on their warriors, quarellers, thunderers and longbeards who are in practice militia that need to drop their everyday jobs to first grab their weapons before they join your forces.

Garrisons: What forces protect your various holdings. Try to again be detailed i.e. mention how sixty guardsmen are in a village near your holdings of Helmgart with twenty bearing crossbows and forty bearing a spear, everyone of them having a breastplate, helmet and sword for sidearm. Your garrisons cannot be used offensively unless you transfer them to active service which bears a lot on your treasury.

Regiments of Renown: These are special formations that are particularly elite despite being modelled on other more mundane ones. I will let you begin with only one but as time goes on and RP events happen I will gift you some or allow you to simply raise new ones. This can be anything from your ruler’s epic special bodyguard, to say some warpstone touched mutants with very unique changes like shooting green lasers from their eyes.

Foreign Policy: Describe what your faction’s plans are for their neighbours be it conquest, trade, or something more elaborate. What are their attitudes like to the rest of their civilization, how often does it meet with your “racial leaders” so to speak and under what terms, who can you expect to come to your aid in war and who can you expect to take advantage of your weakness.

Culture: Every faction taken here will have quite some variance from the rest of their “racial median”. Describe what sets your’s apart. The more detail the better. For example, if someone took Nuln as their nation describe how they are the most technologically advanced part of the Empire and how this reflects on the people’s behaviour and customs.

Notable locations: Describe your “main” holdings within your held territory. For example if you are Helmgart then describe the city itself (think in context of everything outlined above, describe its economy, its defences, its size, its political situation, etc.) and then the surrounding villages and forests.

Though it is not necessary to be a massive lore expert of WHFB, you should at the very least be acquainted with the basics of the setting and be ready to learn more.

With that, I hope to hear interest from you my fellows, and I invite you to the discord for any questions, comments, and concerns you might have.

I need at least 4 people including myself to start this, at the moment I have 3/4.
Hidden 29 days ago Post by Andronicus23
Raw —

216 posts
in 1410 days
Seen 4 days ago
Obviously still interested in this and planning on playing a Strigoi Vampire somewhere in the Grey mountains.
Hidden 26 days ago Post by Wampower
Raw —

Wampower I Did It My Way

Member Seen 4 hrs ago
Wampower
I Did It My Way

Member Seen 2 days ago
The Whacko

Room for a minor Chaos warchief?