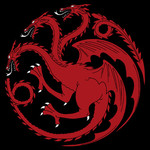 The Galactic Vices will function as an introduction of a new character to the fold, Vasani'Brinme, as well as providing a bit of a look into the Hutt Crime Empire on Nar Shaddaa. This is meant to be a single event, so there won't be multiple episodes associated with this RP unless there is a demand for it! That being said, this is set in the persistent galaxy and there is a fair amount of characters from various backgrounds existing here. The actions those characters may take during the events of this RP will have ramifications throughout the galaxy (at the scale Hutt crimelords can affect anyways), after all, Hutts do tend to have long memories and nobody really forgives a grudge. I do hope to see a fair amount of varied characters turning up to try to claim some of Krembal's goods on sale, or even just to unwind in the massive casino he owns. That being said, onto the part you people really care about: The Story Premise!

There has been word spreading across the galaxy recently, not something that would really be seen on the Holonet but more by word of mouth and the back alleys of the galaxy. Yet still, this word permeates throughout the galaxy to try to reach as many ears as possible. What is it? Why, an invitation to come to Nar Shaddaa, to the Galactic Vices Resort and Casino! An invitation to come and spend your credits, perhaps walking away a big winner with more credits than one could imagine. To indulge in the vices the rest of the galaxy may shun, for what happens at the Vices stays within its walls. Come, visit the playground built by the mighty Hutt known simply as Krembal. He invites you to come visit, to forget for a time the problems that the galaxy may throw down upon you.

Yet there is even more incentive to come visit the good Hutt in his mighty casino than to simply play and indulge in one's vices. For Krembal, in all his glory, has amassed quite a wealth of credits and possessions. Some of these possessions being quite valuable to certain members of the galactic community. Yet in his undying generosity, he has seen fit to offer it first to the patrons and members at his glorious casino. That's right, Krembal the Hutt is holding a special auction at the Galactic Vices, with a rather impressive list of products which can be bought. This list being obtained through... various means over the years and now completely available to anybody with enough credits to buy. The highlights of this list? Jedi Relics lost to the order and recovered by the mighty Hutt! One of his well trained and exotic slaves, eager to please her new owner! Scrapped parts from a Mandalorian Basilisk droid, a mighty machine of war now in possession of the Hutt! A still functioning HK-52 head, who knows what secrets that may hold? Of course, those who love art are not forgotten by Krembal as he has a legendary Alderaanian painting known as Alderaan's mountains at sunset! There is much, much more on the list for the auction, but one cannot reveal everything ahead of time!

So come one, come all to the Galactic Vices Casino and Resort, where you may yet walk away with value beyond your wildest imaginings!

Basically, this RP will follow along with our protagonists at their stay and during the auction at the Galactic Vices casino. Where it will be up to the players who gets what product, how they obtain said good, and much more. How this event will turn out is ultimately up to us, the players, and the repercussions from our actions will surely be felt throughout the galaxy. Of course, that doesn't mean I don't have a little bit of a surprise planned for the RP as it stands.

Imperials, Republic, Jedi, and Sith are welcome! Sith may attend if they wish to see the auction however we'd like to keep the number of Jedi and Sith to a less recognizable amount. A few strange additions in the room might be okay but lots of Jedi and Sith turning up to a Hutt's auction would be a bit suspect. Imperial personal are welcome to be in attendance perhaps here to snag an item or two for a private Sith collection or Imperial trophy case?

The Jedi have tasked the Jedi Knight Airus to a mission in this RP, therefore Republic and Jedi personnel would probably know of Airus and the mission he was tasked by the Jedi.

703 posts
in 2627 days
Online
Oh, Melech is definitely showing up for this. I'm thinking he's dropping off a new gambling rig special-ordered for this grand opening.
Hidden 2 yrs ago Post by vFear
Raw —

444 posts
in 2637 days
Seen 5 mos ago
Bio
Interested with akkd0g_, 100 percent in her element. No guarantee as to if she'll be helping the grand opening or hindering it though.
Hidden 2 yrs ago Post by Necroes
Raw —

703 posts
in 2627 days
Online
Hey @vFear, this could be where she meets Melech for the big score job later!
Hidden 2 yrs ago Post by Apollosarcher
Raw —

Apollosarcher Knight with the Rowan Shield

Member Seen 14 hrs ago
Apollosarcher
Knight with the Rowan Shield

3257 posts
in 2373 days
Seen 14 hrs ago
Checking in as the person helping getting things running and get things going here.
Hidden 2 yrs ago Post by JessieTargaryen
Raw —
OP

Here is the IC! We may have some others joining us.

Oh, Melech is definitely showing up for this. I'm thinking he's dropping off a new gambling rig special-ordered for this grand opening.

This isn't a grand opening, but I am fine with him dropping off a new rig Krembal may have ordered
↑ Top
© 2007-2017
BBCode Cheatsheet