Time and place in persistent roleplay 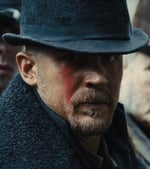 548 posts
in 2645 days
Seen 10 mos ago
Bio
Time progression, location and roleplay in the SW PG

Roleplay has kicked off. We’ve had around one hundred IC posts so far. That’s a nice start, so: well done all of you, and very well done to a select prolific few. I speak for myself, but am sure the rest of the players and staff agree, that it has been a very enjoyable ride so far.

However, it has become apparent that a few pointers are in order to keep our RP well… orderly. As you might have gleaned from the title, it has to do with IC time and how it is measured. Additionally, we will explain the difference in RP thread types – notably hub threads and story threads. It is our only hope *cough* to facilitate structured roleplay. There is a time and place for everything, and this announcement is about anchoring roleplay in temporal and spatial dimensions. Basically where and when action takes place. Let's address this. After all, Star Wars itself begins by referring to it: "A long time ago, in a Galaxy far, far away".

Below you will find an explanation which builds on (and quotes from) the already published Time Progression Guide. Most of it is covered, but we recommend reading it for further info.

Time is of the essence
How should time be handled?
Through timestamps. Up to now this has not been enforced, but it will be starting next month. We believe this will enable stories and RP to better fit together, like beads on a string.

Why timestamps?
As the Persistent Galaxy grows, the need for tracking time will increase. We want to be ahead of the curve and instil a habit in all of our members. This is necessary if we want to avoid future problems with conflicting timelines. Characters cannot be in different places at the same time.

What are timestamps?
At the beginning of every new roleplay thread, the first poster will define the location, time and date on which their roleplay begins. This is key to assist the Lorekeeper(s) in correctly situating different roleplay threads within the overall Persistent Galaxy and its timelines, ensuring that key events are known and available for easy reference to other writers. This needs to be readily comprehensible and differentiate between events that have happened (and characters should be aware of) and events that will happen (and so characters are not aware of yet but remain fixed points in the future).

Who looks at timestamps?
It is generally recommended that you review other pre-existing plots using the same locations or characters prior to beginning your new roleplay thread. You’re the first line of defence against meandering timelines. Furthermore, your Lorekeeper(s) will advise if existing posts of yours contradict existing Persistent Galaxy canon and recommend a solution to reconcile the plotlines. They are our ‘timecops’ who work in tandem with the GM staff. While that means GM staff will keep an eye out, it does not mean that it is their core business.

What about moving through time?
Overall, we expect most stories to continue towards the future in the general timeline, with opportunities for salient flashbacks to fill in gaps in the existing plot line. This means that, using the appropriate timestamp, you can RP in the past, present and future.

How do we track years?
The Republic records years ATC (After the Treaty of Coruscant). At the start of play the PG “now” will be 6 ATC (day and month to be fixed). The Empire currently records Years PRE (Post-Reconstitution of the Empire). There is no Year Zero. The year of the Treaty of Coruscant was both 1 BTC and 1 ATC, depending on whether the time in the year was before or after the event. Thus, Year 1 BTC and 1 ATC were shorter than year 2, lasting only from/to the next/previous new year until/from the treaty. The PG began in 1 ATC / 1333 PRE though this does not mean all new stories need to begin on this date.

What does that mean for existing stories?
It means those stories currently in progress are set in 1 ATC, unless those involved wish to assign a new timeframe to them. For example, the events on Nar Shaddaa might be moved back in time to have taken place before the Treaty of Coruscant. Moreover, assigning dates to stories will allow characters to drop in and move around threads in a structured, uniform manner.

What does a timestamp look like ICly?
For consistency, it is recommended that you put the timestamp at the top of your post, right-aligned with the time (if relevant) and date followed by the plot location one line below. It isn't necessary to include a time-stamp in every post you make.

Contrast this with the following example:
Sundown, 3rd, Festival of Stars, 6 ATC
Azda Cluster, Coruscant
This is equally valid as it is clear which time and date it represents, and where the roleplay begins. Any clear format is welcome to be used. You do not have to note a new timestamp later in the roleplay when the story changes location or skips forward a few hours or days, but any efforts towards clarity are welcome. Try and walk the line of logic.

Location, location, location… Hub vs. Story
Tying in with ‘clocking’ threads, we will be differentiating between two types of threads: hub and story. We have talked about placing a roleplay on the timeline, now we will look at 'locking' threads in place.

What are ‘hubs’?
The former is a rather free-form, casual roleplay location where players can easily drop in and interact with other characters. Being an open thread, where IC time is less of an issue, the principle largely correlates with an MMO lounge where people meet up, hook up, make contact and then (can) go on adventures together. Action takes place in sequence, in real time. The location where the roleplay takes place is fixed, but time is less so.

What about 'story' threads?
As opposed to the open sessions of the hubs, we will have closed story threads. These operate much in the same way of regular roleplay, as in that they necessitate player interest, a title-topic, a cast, a plot and a plausible reason for characters to participate in them. Players can be their own GM for this story. Time and place play important roles here, as these threads will form the building blocks of your character’s (and by extension our Galaxy’s) history. Time (progression) is fixed here, but location less so as characters and parties may traverse the Galaxy as part of the story arc. This does, nevertheless, not mean location cannot be fixed. A current example of this type would be Corellia in Flames. Story arcs can lead to the acquisition of rare tech or powerful objects. Two obvious examples would be a successfull quest for a holocron, or a ship heist. We will elaborate more on acquiring IC goodies later.

What does that mean for existing RP?
A decision will have to be made by the writers whether the RP within a thread happened in a hub (i.e. real time sequence) or was part of a story arc (i.e. framed in time).
↑ Top
© 2007-2017
BBCode Cheatsheet